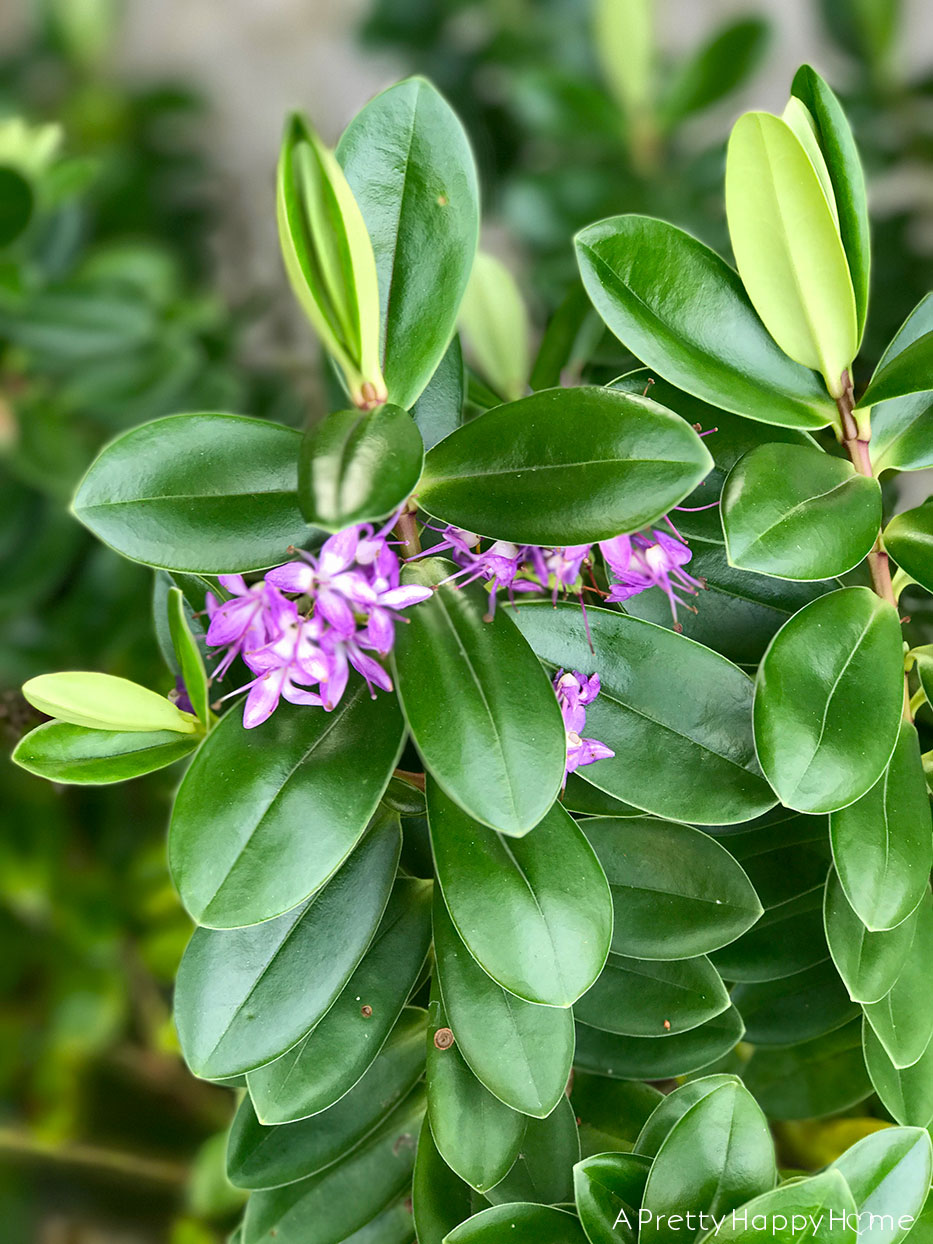 Can you believe it is April already? Time sure is flying!

Last April we visited Ireland for the first time. It was rainy, windy and miserable. To which we said, “Yeah! Let’s move here!”

Now that I have an Irish winter under my belt, I can say spring in Ireland means the rain is…a little bit warmer. Ha!

There are nice days too. More than you’d think. One thing I’ve learned is that the Irish do not squander a nice day or a nice hour. I’m a quick learner, so I try to follow their example!

Sunday was super nice here (upper 50s Fahrenheit – practically summer weather), so I spent some time pulling weeds in the garden. “Yard” is not a word folks use here. I rarely hear “lawn” either.

Here’s our backyard. Garden! Dang it. Garden. Back garden? Whatever.

My communication struggles are real, but the teenagers here like my American accent. So I’ve got that going for me.

I took this gem while hanging out our bathroom window. You’re welcome for that visual.

It really is THAT green and not all of the trees have leafed out yet. I should also say the sky really was that blue. It happens, people. Blue skies happen in Ireland. Don’t everyone move here at once.

This tree is going to be fun to watch as it blooms and leafs out.

I’m still trying to forget the gazillion leaves it dropped in November though.

We have several firethorn bushes.

I just Googled that. Don’t think I’m an expert or anything.

We also have this purple beauty.

This one smells divine.

Our daffodils bloomed in mid-February.

By last week, they had almost all died. But these two are still hanging on.

Have you ever seen an all white daffodil? I saw a patch of them at the park for the first time a few weeks ago and I still regret not taking a picture.

The flowers in the next few photos are located next to my killer rose bushes.

I accidentally pricked my finger on a rose thorn last fall and I swear I almost lost the digit. Huge swelling. Gross bubble. Major melodrama.

But Madge, the receptionist at the doctor’s office, told me I wasn’t dying. Because Madge is qualified. She’s raised like 10 kids and sees sick people come into the doc’s office every day. She told me I didn’t need to waste money seeing the doc. I just needed to get some disinfectant at the pharmacy. Employee of the year.

So I walked down the block to the pharmacy and explained what I was looking for and why I needed it. I show the pharmacist the finger I was about to lose, but that Madge said was fine. Not that I’m melodramatic or anything.

“An older lady at the doc’s office told you this? Was it Madge?!” *deep sigh* “Madge told you that? Ugh, Madge! She shouldn’t say that!”

More deep breaths by the pharmacist.

I got the distinct impression this wasn’t the first time Madge had sent someone straight to the pharmacy. But Madge was right. My finger did get better after I pickled it in that nasty disinfectant.

Here’s another flower I know nothing about.

The next time I talk to The Junk Whisperer she’ll tell me what all of these flowers are and how to properly care for them. She’s a master gardener. And I will nod my head and pretend like this information is going to stick around in my cerebral cortex.

I do believe these next flowers are called Snowdrops and we have THOUSANDS of them. Even after my son keeps kicking a football (aka soccer ball) through them while showing me how to “drift” the ball.

My tulips are just now starting to bloom, which seems to be later than my neighbors’ tulips. I blame it on these guys taking up all the sunshine and soil nutrients.

Just a theory. We’ve established that I know nothing about this stuff, but it seems like something Madge would tell me.

This is the view out my bedroom window to our front garden.

Stil more weeding to do out there. Oh, and I’ve been trimming those hedges on the left by hand. Talk about an arm workout. Wow.

Well, that’s how spring is shaping up around our house. I hope yours is looking bright and colorful too. I am so happy about the weather forecast for the rest of the week. It looks dry for the next few days. That means we get to play at the park after school and it just might be the highlight of my kids’ day.

P.S. Spring in the Republic of Ireland starts February 1. No joke. 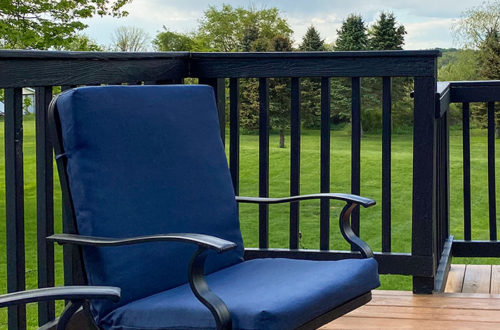 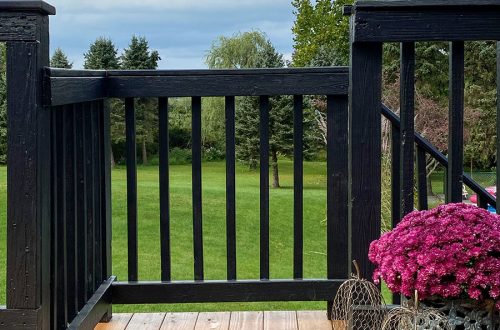 Finally, The Deck is Done 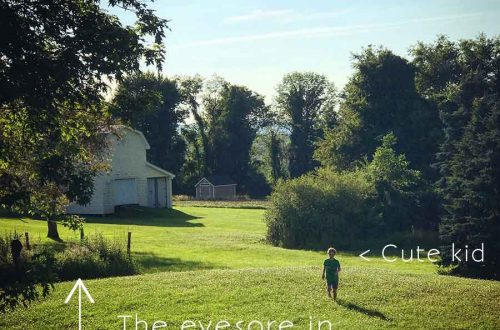