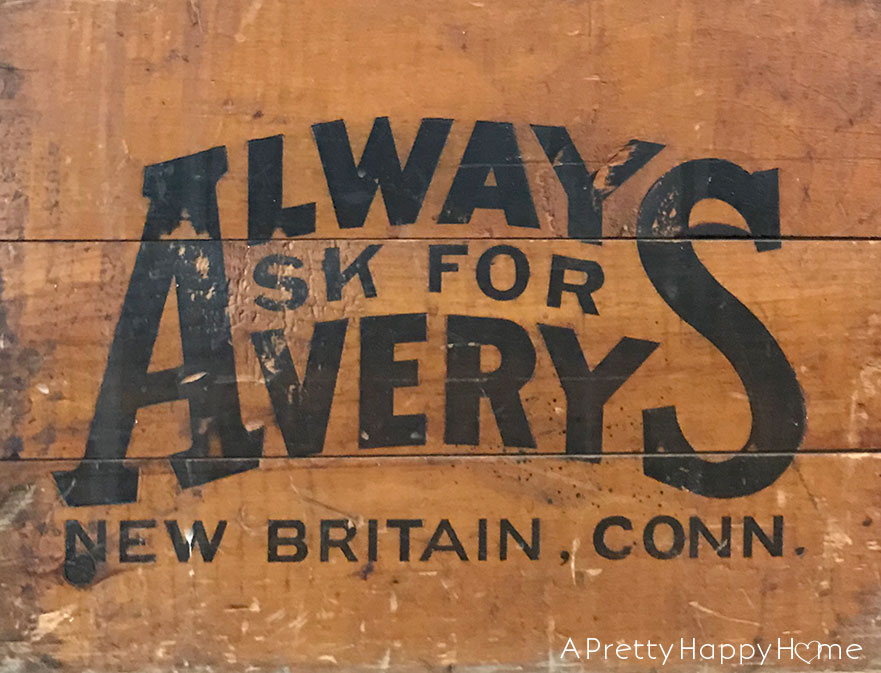 “You’re not from New England, are you?”

Well, there went my attempt to blend in.

What gave me away?

My style of dress? No.

The slogan “not from here” on my t-shirt? No.

I outed myself as a visitor to New England (specifically, Connecticut) because I didn’t know what birch beer tasted like.

I thought this was an innocuous question since we were touring a beloved Connecticut institution, Avery’s Beverages, which sells a birch beer soda.

Apparently, if you’re from New England (and possibly not living under a rock like me) you’ll know what birch beer tastes like.

I’d say it is an acquired soda taste.

The important part of this story is that our family visited Avery’s Beverages in New Britain, Connecticut, a few weeks ago. Here’s what we took away from our visit besides a case of soda.

It’s not hard to see why everyone in Connecticut and probably the surrounding area knows about Avery’s Beverages. After all, Sherman Avery began making soda over 100 years ago!

In fact, Avery’s Beverages is located in the same red barn where Mr. Avery started his company in 1904. 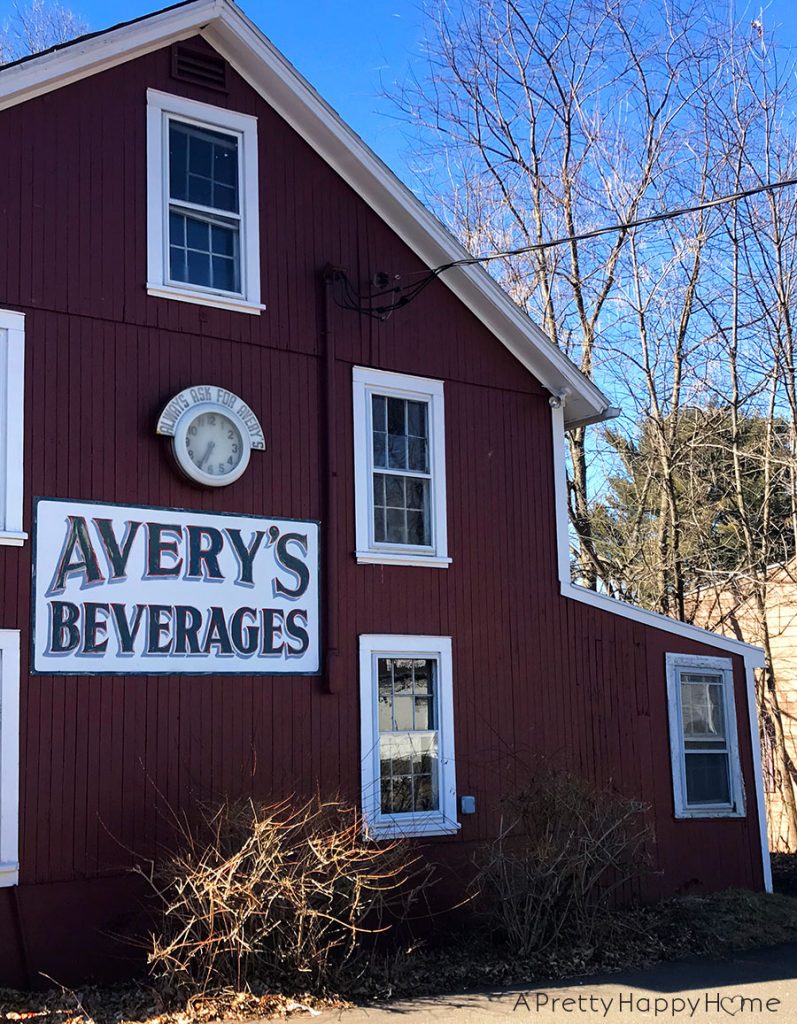 The company was originally known for flavors like birch beer, ginger ale, and root beer.

They make their soda using real sugar and currently sell soda in over 35 flavors. They’ve also expanded their product line to include Totally Gross Soda® and sour sodas too.

Perhaps, more interesting, the soda is manufactured using equipment that dates back to the 1950s. I was told getting replacement parts can be tricky!

We have traveled a fair bit and experienced quite a few tours that were definitely polished up for the public.

The soda making tour we signed up for was not that type of tour and that’s not a complaint. The authenticity added to the experience.

Many of you will own homes that are bigger than this soda making factory. Not only do they make the soda in this quirky, old barn where the tours are held, but the public can also come in and buy soda straight out of the crates that are stacked everywhere.

It was eye-opening for my kids to see how soda used to be made and, in this case, how it is still made. It’s a bit like stepping back in time.

I’m sure there are downsides in efficiency and quality control with equipment that is approaching 70 years old. However, it is also a testament to how well machinery was made and how long it can last if cared for properly. 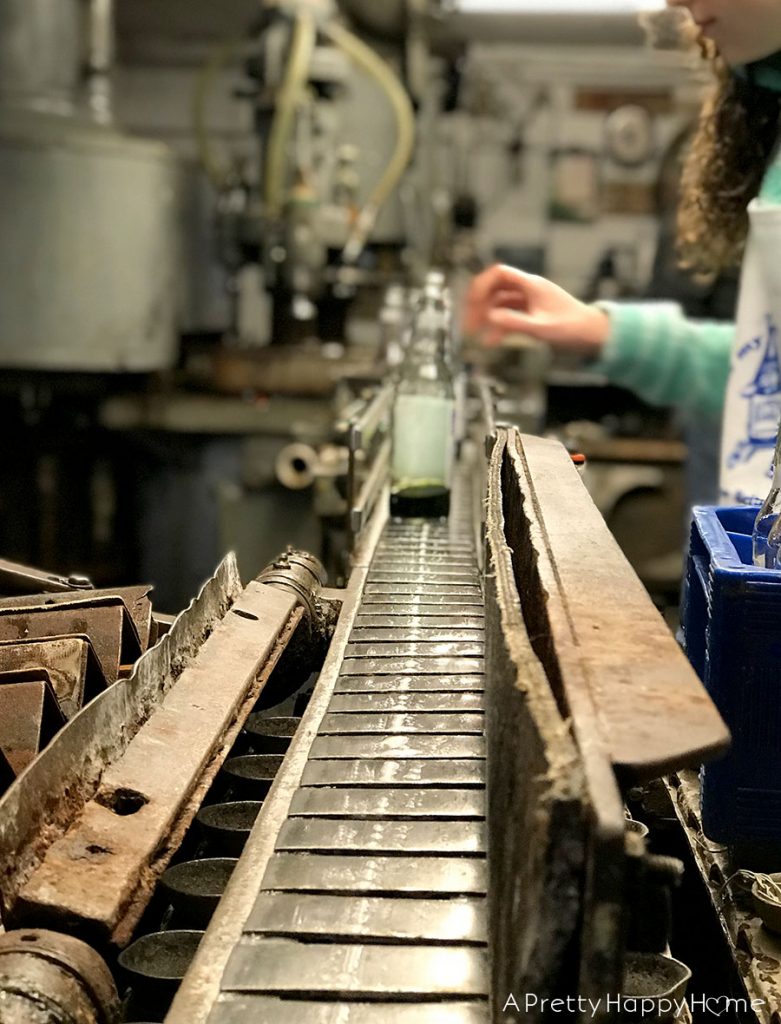 I thought there might be more science or experimentation involved in the ‘create your own soda’ part of the tour, but there wasn’t. You’re really just adding various combinations of syrup flavors to a bottle.

Each soda bottle needs two ounces of flavored syrup and each tour participant made three bottles of soda.

That last sentence sounded like the start of a story problem. Don’t worry. I’m not making you do any math today. But if two trains each carrying 100 cases of soda were traveling from separate stations… 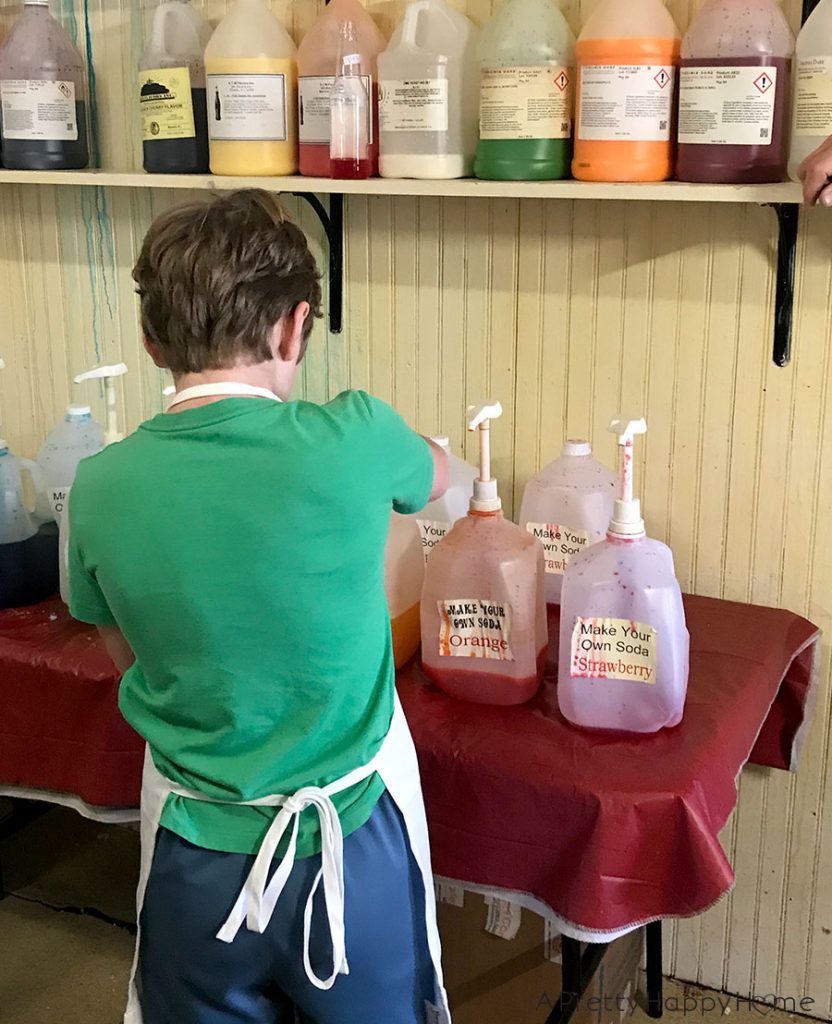 After we filled our glass soda bottles with syrup, we then watched how the machine added carbonated water to the bottles and capped them off.

If you’ve ever mixed an adult beverage at home, this fun fact will make sense to you. The syrup and carbonated water do not mix themselves in the bottle.

Each bottle has to be turned upside down three times to get the syrup to blend. At Avery’s Beverages this is done by hand. 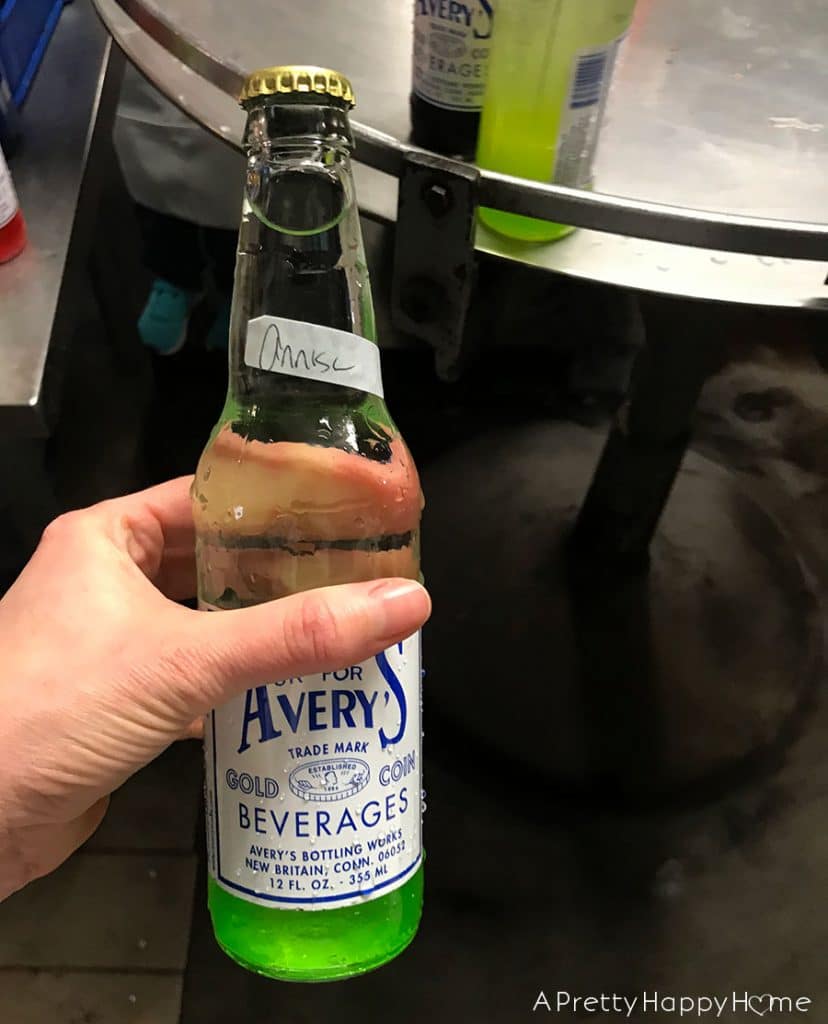 Perhaps the best part of the tour for the kids and the parents was getting to sample different types of soda. Who doesn’t love that?

Our family’s favorite sodas ended up being the sour-flavored ones. I think that’s because they seemed more carbonated than some of the other flavors.

There were plenty of photo opportunities for parents too.

Some things to keep in mind if you visit:

If you are concerned about accessibility, please contact Avery’s Beverages before you go. I don’t know what accommodations can be made. We did have to climb some very steep stairs to get up to the syrup mixing station.

You need to make reservations for a soda making tour. Each tour needs a minimum of five participants. If there aren’t five people in your group, you can ask to join another group. That’s what we did and it was a lot of fun to participate with another family!

The tour lasts about an hour and they do host groups for birthday parties.

Our family loves a good, offbeat learning experience. All four of us (my kids are 9 and 12) had a fantastic time and learned a lot!

Now, would I recommend that you drive 2 1/2 hours from New Jersey JUST for this soda making tour? Probably not.

That’s what we did and we have zero regrets about how much time we spent in the car.

We’re not most people though, so if you are coming from out-of-state I’d recommend you combine this tour with something else in the area. There’s plenty to do in Connecticut!

P.S. The folks at Avery’s Beverages have no idea who I am. I just like sharing positive experiences we’ve had that I think you might enjoy as well.

Here are some other travel posts you might enjoy! 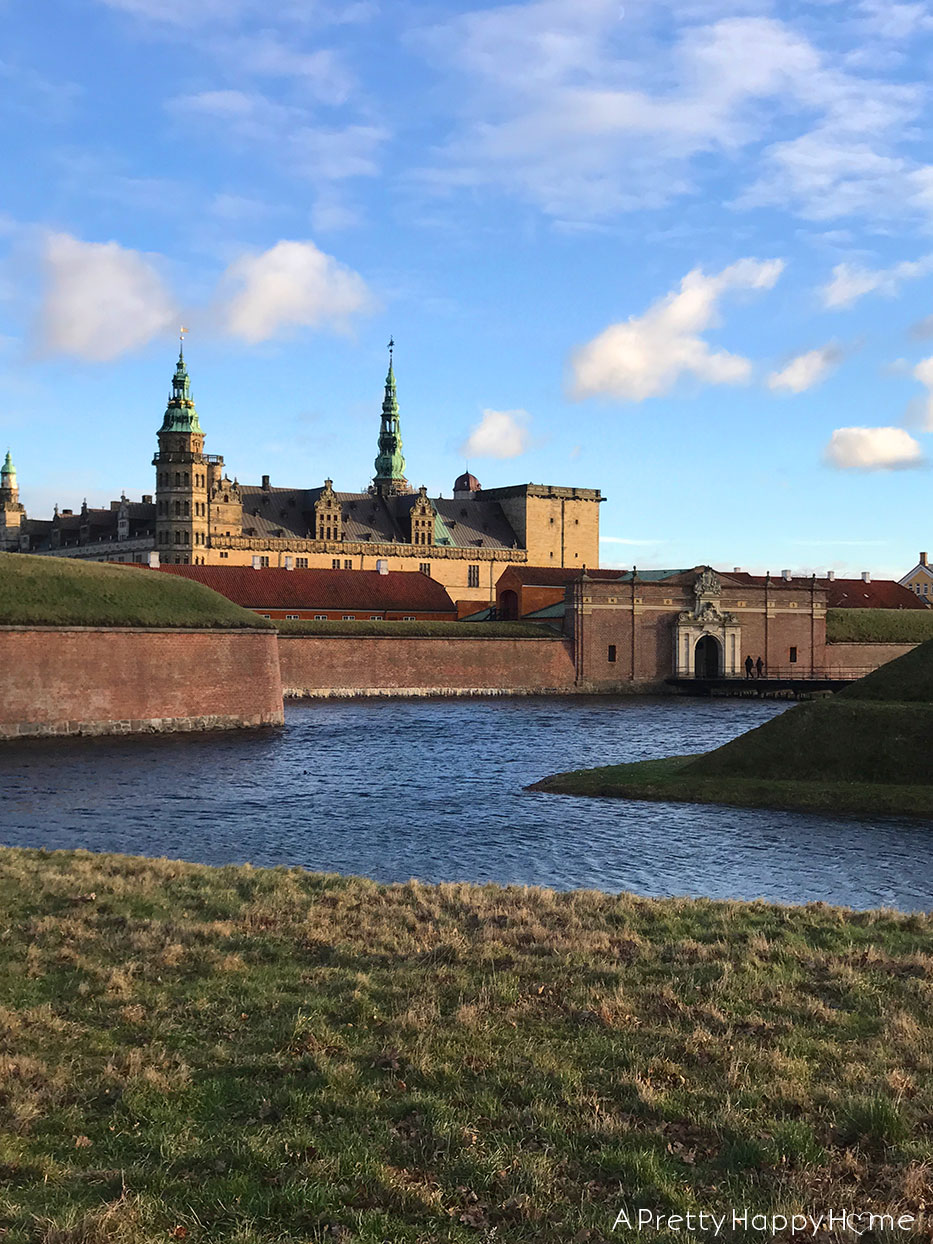 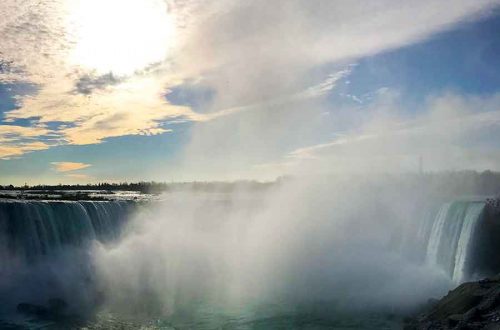 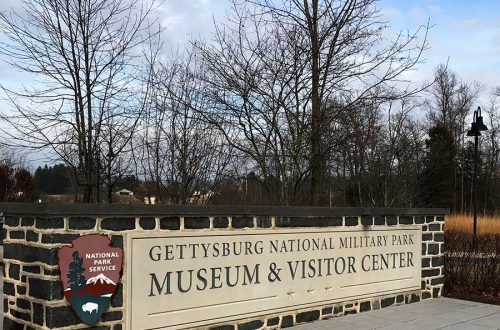