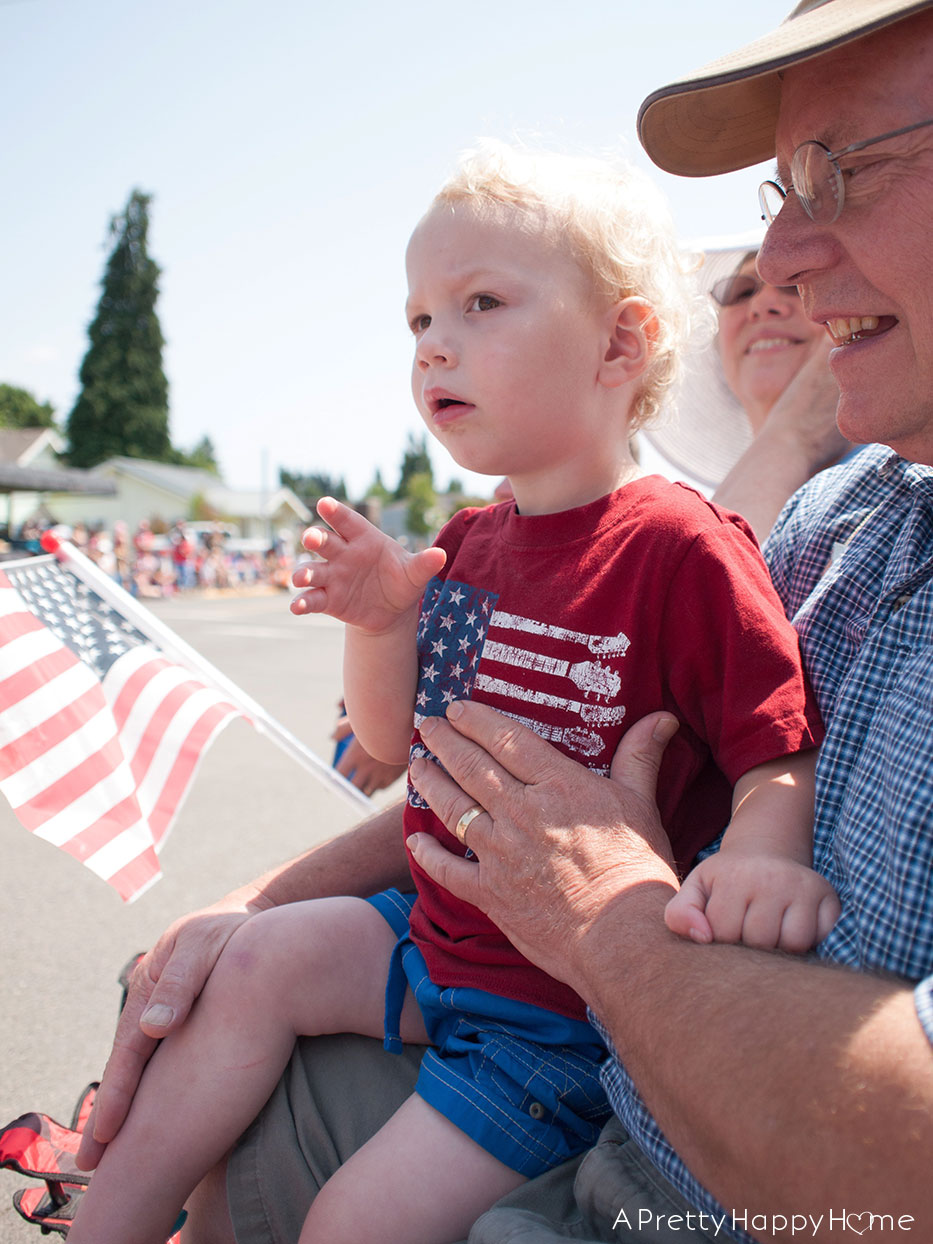 I LOVE parades, which just proves I’m a complicated individual. I don’t enjoy hanging out with large groups of people. I’m not very patient. And did I mention ALL. THE. PEOPLE?

Yet, I love parades!

It’s probably nostalgia knocking on my door. I remember going to a 4th of July parade as a little girl with my grandma and cousins. I remember exactly where we’d sit on a curb with a few trees doing a terrible job of shading us from the July sun. I remember cowgirl princesses on horses and beauty queens in convertibles doing that elbow-elbow-wrist-wrist wave as they slowly passed by. There were restored hot rod cars, old-fashioned firetrucks and best of all, square dancers do-si-do-ing down Main Street. Through the rosy lens of childhood, it was AMAZING.

When I had kids, I was ready to carry on those traditions. Relive it all through their bright little eyes.

Childhood Me didn’t realize it’s a little more complicated than just showing up with a 3-year-old and a newborn and expecting everyone to have the most fun in the history of fun.

Here are 10 things I’ve learned in the last 10 years about surviving a parade with your kids and I daresay, even enjoying it! Surviving it is a good start, but parades are awesome! Let’s enjoy the experience too!

What I really mean is don’t put so much pressure on you, the day or the event itself to bring about some sort of kumbaya family bonding moment. It’s a parade. And you’re going there with your real family, not those perfect kids from the Gap commercials.

With that in mind, do what you can to set yourselves up for success by planning ahead.

The rest? As much as it pains me to say, you can’t plan your way through everything. That’s why a good attitude can go a long way toward making the experience fun and memorable. So put on a smile in the event something zigs, when you expected it to zag. Remember, it’s just a parade.

Knowledge is your friend, folks.

Ask other people who have attended the parade in prior years for their advice for viewing, seating (do people bring chairs or is it standing only), how to get there, when will streets be shut down, where to park, etc. If you don’t know anyone who has attended the parade before, go online to find answers. Or you can be like me and call the local municipality that’s hosting the parade. It’s their job to answer your most burning questions and they love it when someone isn’t calling to complain. Truly.

Also, for the love of your sanity, know the parade route. It will, most likely, be published online. This is good for a variety of reasons such as helping you decide where to watch the parade. It also helps you understand road closures that will impede your commute to and from the event. Traffic is probably going to be messed up, so take a deep breath, allow extra time and just go with the detour.

At the recent St. Patrick’s Day Parade in Dublin we understood the road closures, but we were not fully aware of the public transportation closures. Not all of the train stations were open on parade day, so we had to walk a bit further to catch a train home…in the rain. Lesson learned.

The last thing to know before you go? Ask yourself if you and your kids can handle it? Really handle it.

I’ve often dragged my kids somewhere and then been upset because they had a meltdown halfway through. Of course we weren’t having fun then. Neither was I. Their behavior was less about them and more about me putting them in a situation they weren’t ready to handle. If you have really little kids that will miss a nap or won’t stay in a stroller or cannot handle waiting, then by all means, wait another year. This is about making good memories, not about souring them (and yourself) on the experience.

You need to channel your inner Boy Scout for this one. Be prepared. You could be waiting a good long while for the parade to start. Plus, the parade itself could last over an hour. Food, water and something for the kids to do while you wait will be lifesavers.

At the St. Patrick’s Day Parade in Dublin, I knew we’d have to stake out our spot if we wanted to keep it. I also knew the parade started at lunch time and the restaurants would be extra busy. That was a hassle I didn’t want to deal with, so I packed a lunch.

As far as pre-parade entertainment, we arrived at 10 a.m. for a 12 p.m. parade. It was closer to 12:30 by the time the parade reached our spot. That’s a lot of waiting no matter if you are 5 or 50. We brought books and tablets to keep the kids busy. Kids might be able to jump on a trampoline for 2 hours straight, but to ask them to stand perfectly still behind a parade barricade for 2 hours is pretty much Mission Impossible. My kids sat on the ground and read their books, played their games, ate their lunch and then popped up every now and then to see what was happening around us. They were entertained and I wasn’t stressed about them getting lost in a crowd of strangers.

How we’ve chosen to handle the parade wait has been different for every single parade we’ve attended. Figure out what works for you given the parade circumstances and the ages of your children.

Especially if you have younger kids, it’s always good when the adult to child ratio is in your favor. Grandparents are lifesavers when it comes to this!

In terms of keeping kids entertained before the parade starts, there is nothing better than having friends along. Yes, thankfully, friends beat out books and technology in our house. Human interaction for the win!

If you can plan to watch the parade with someone else, it will add to the experience (aka the fun) for all.

For the Dublin parade I packed small blankets and even garbage bags. Garbage bags can be versatile if you need to make a dry place to sit, a bag to hold parade loot, or to fashion a makeshift poncho.

In case you are wondering, yes, I sometimes feel like a sherpa hauling all of this stuff around in my backpack. But the one time I don’t is the one time I need it.

The guys in the below photo? Let’s just say I hope their arm paint was waterproof because it started raining halfway through the parade. Major bummer, but the show must go on!

Tip #6: Decide in Advance Where You Want to View the Parade

I know plenty of people who never wait for a parade to start. They will always show up 30 minutes late and somehow find a place to stand to view the festivities. It helps that they are tall.

I prefer to view the parade from the start of the route. Especially when you are attending the event with children, it’s just less waiting time. If the parade starts at noon and it starts on time, it still will take several minutes for the parade to travel even a few blocks.

Plus, the performers in the parade are still giving it 110% at the start of the parade. By the end of the parade…they might be a little less enthusiastic. Or they’ve run out of candy to throw. Or they are drenched and their poor fingers are too cold to play the tuba like they usually do.

I’m not telling you to dehydrate yourself or your kids. That would be bad and I’m not qualified to give you medical advice. Not qualified.

What I am saying is it might be hard to find a bathroom at a parade. So if you know you are going to be standing outside for 2 hours before a parade starts, you might not want to give the kids that extra juice box right before you leave the house. Some parades set up extra toilets to handle the demand…some don’t. Or they don’t have near enough toilets.

Better yet, pick a strategic parade viewing spot close to a bathroom. It’s not the worst idea ever. Perhaps that’s what this guy was looking for…

Part of the fun of attending a parade is getting yourself in the spirit. This might mean wearing green to a St. Patrick’s Day parade, wearing a Santa Hat to a Christmas parade, etc.

It also means cheering and clapping when the parade floats go by. I’ve been to parades where the attendees burst out into song and it pretty much made my year!

Tip #9: Be Respectful and Aware

Cultural Respect:
Pay attention to any cultural or patriotic customs that are observed during a parade and be respectful. For instance, in the United States it is customary to stand when the American Flag passes by at the start of the parade.

Other countries may have their own customs. Be culturally aware of what’s happening around you to prevent a faux pas.

Personal Space? Forget About it! So, Be Aware:
Especially if you are going to a standing room only parade, be prepared to have your personal sense of space violated. There will be crowding. Lots of crowding.

If someone is too invasive, then just politely remind them that, for instance, your child’s head is not a tripod base for their cell phone camera. Most people like that will just move on after you’ve gently reminded them to be considerate.

Make sure any valuables are safely tucked away or protected if you know people are going to be bumping up against you. Don’t leave money, keys or phones in your back pockets and be careful about jacket pockets. Just be cautious and aware.

Take a few photos to remember the parade, but after that, put away the camera.

Seriously, put it away.

Be present in the moment.

Watch your children’s reactions to the outrageously amazing floats that go by. Take time to notice all the details that you don’t when you’re viewing life through your phone screen.

Trust me. You won’t regret it.

I do love a parade. I don’t care if they are cheesey. It is incredibly heartwarming to see hundreds or even thousands of people with different backgrounds and viewpoints come together for one moment in time.

And for that one moment, they are all in agreement over the simple premise that parades rock! They enthusiastically cheer on the kids in the marching band, the horses, the pooper scooper guy, the grand marshall in the convertible, the firefighters, the local carpet cleaner’s mascot. It’s a big community love fest and it reminds you of the good in humanity.

If you are thinking about attending a parade with children, I hope one or more of these tips help make your experience happy and memorable.

I know you are busy! Thanks for hanging out with me today. If you have time for one more, here you go…

Cooking With Kids. Did I Survive?

Paper Mache Tips for ALLL of Those School Projects 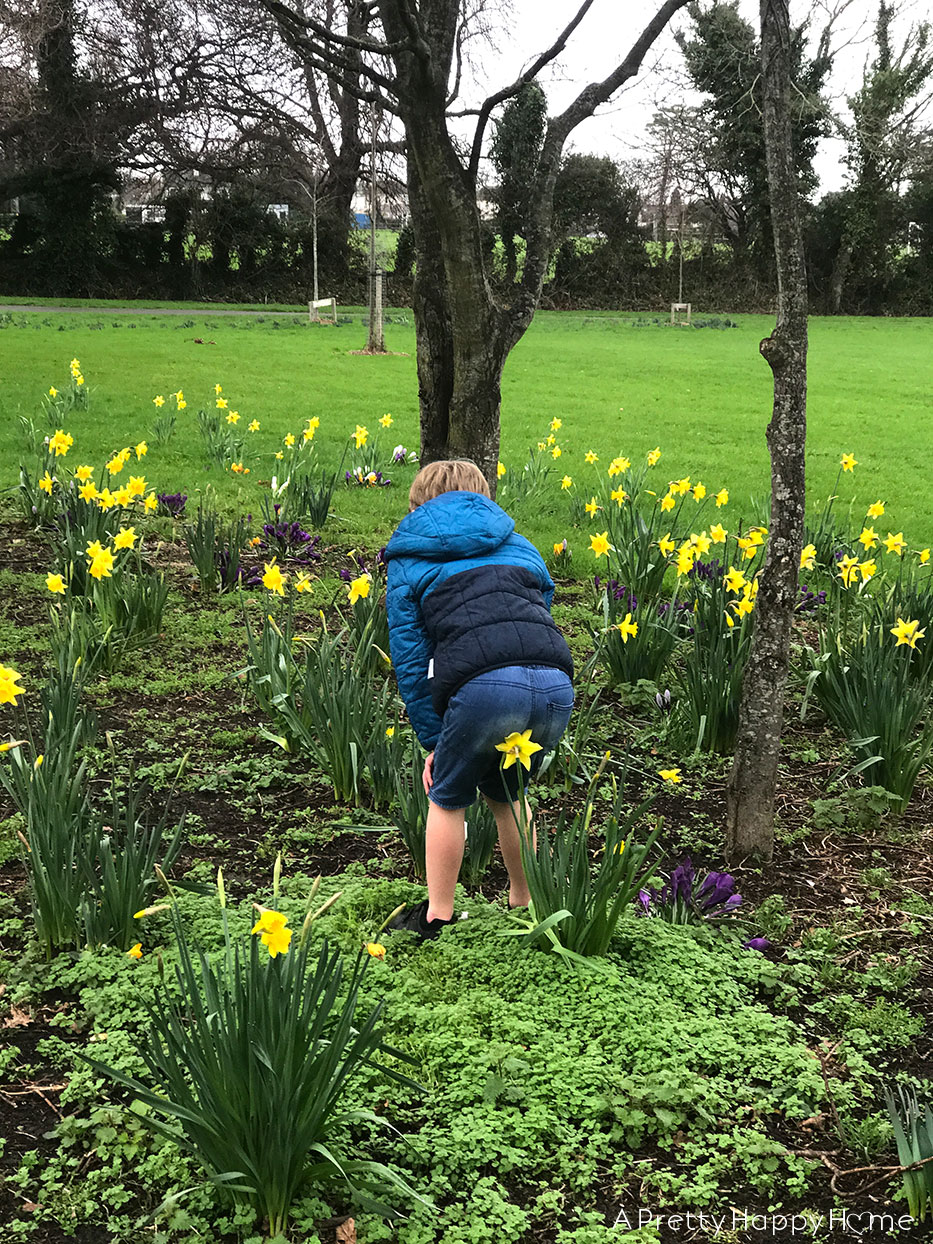 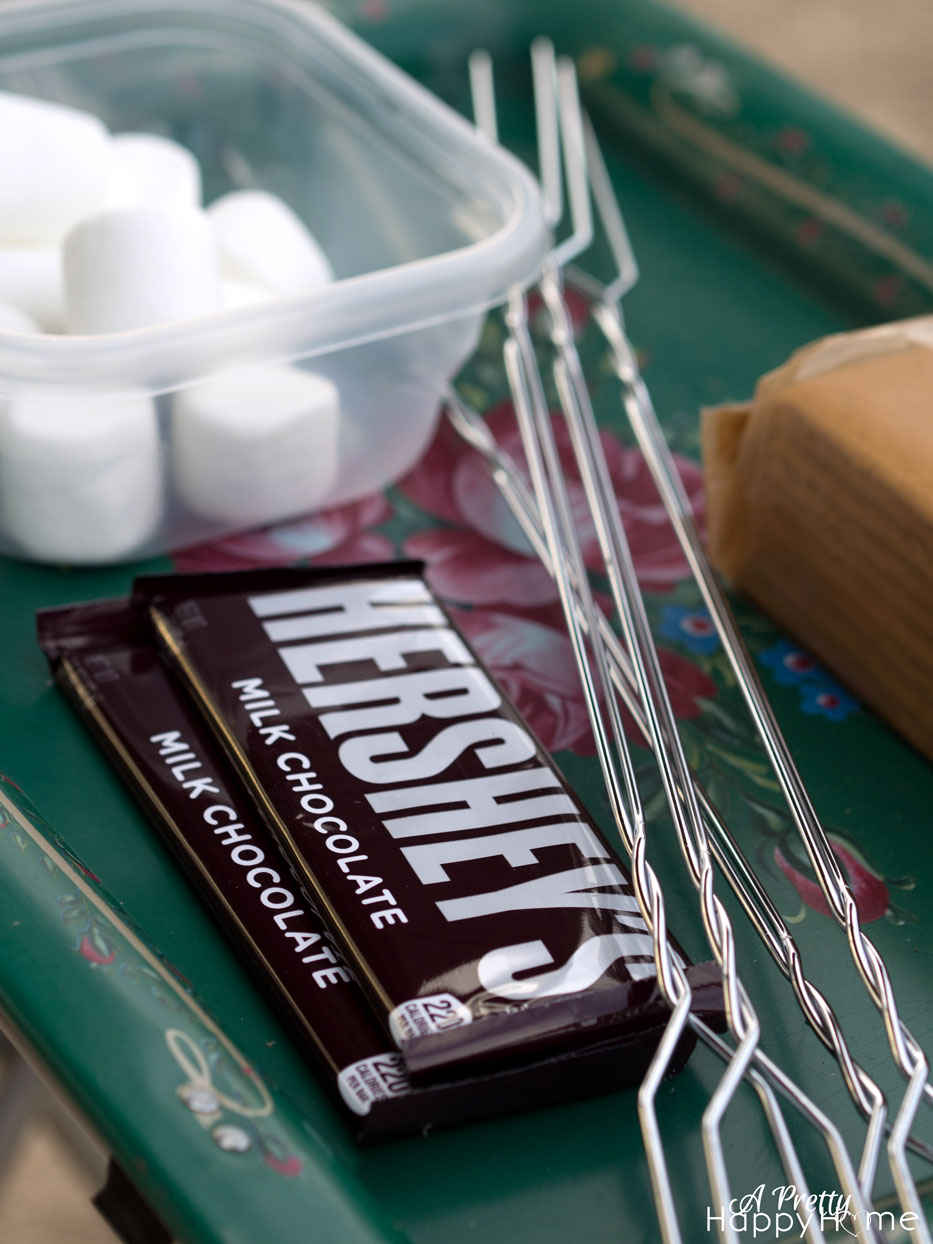 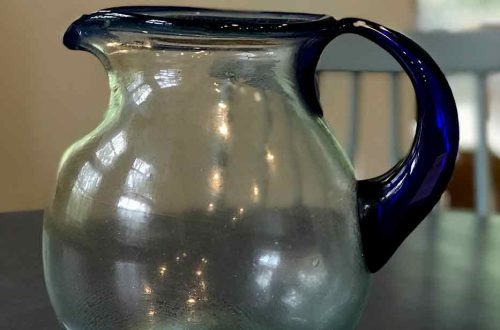 What a Broken Pitcher Taught Me About Empathy