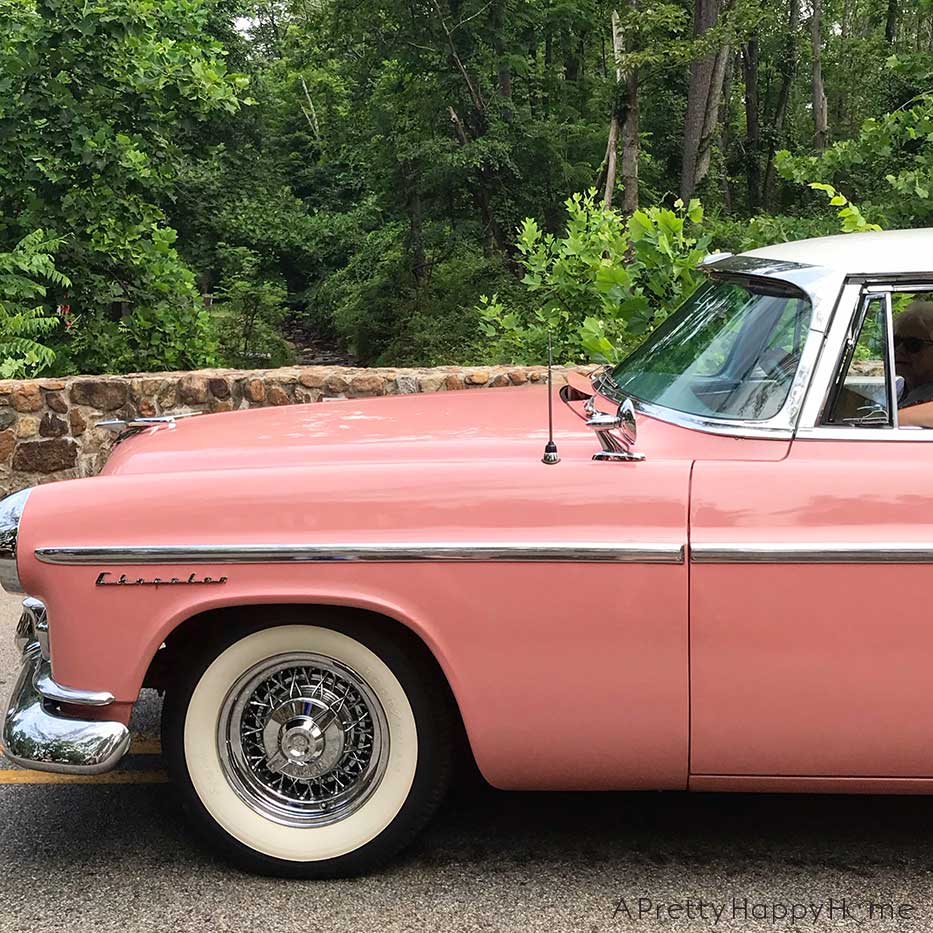 It’s GETTING A NEW DRIVER’S LICENSE or really anything associated with the Department of Motor Vehicles (DMV).

My recent adventure at the DMV was quite a doozy. 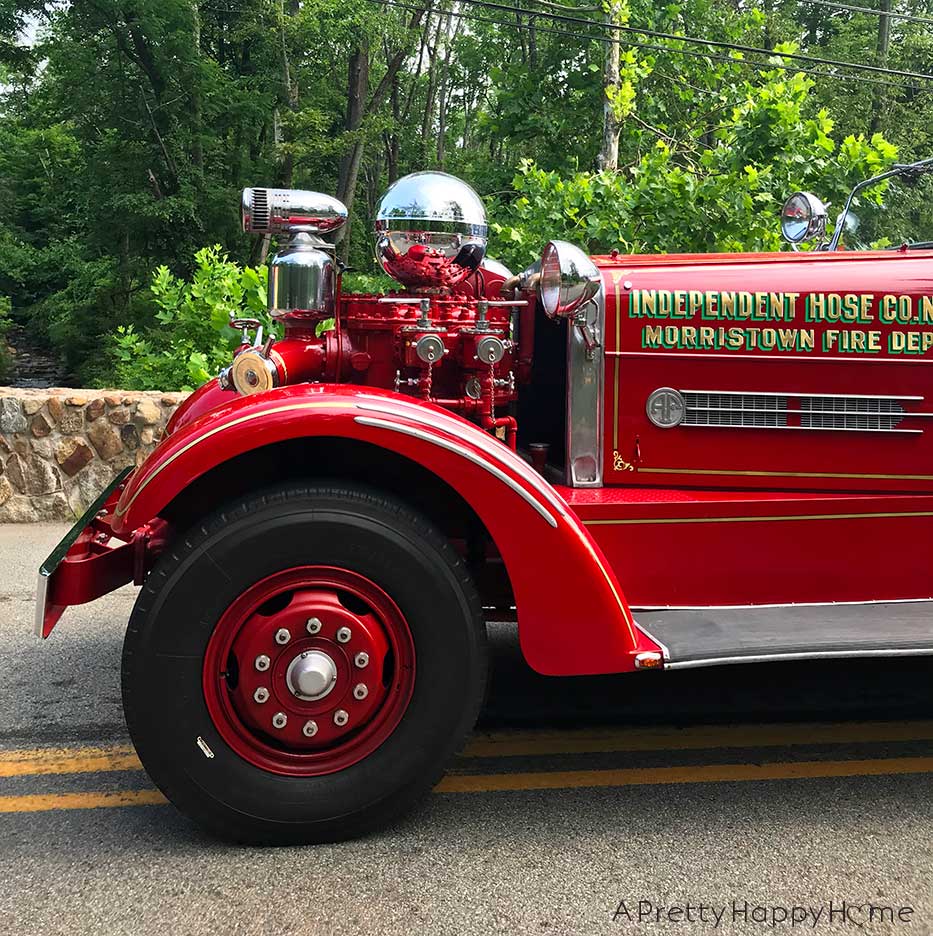 I’ll spoil the ending of the story by saying I got my new driver’s license! WOOHOO!!

Imagine when I typed that sentence I was saying it in my most EXCITED voice and there was confetti sprinkling down!!!

The one time I don’t mind confetti is in my imagination.

This story has a dastardly plot twist though.

Everyone’s favorite hero, Handy Husband, did NOT get his new driver’s license.

Quick! Clean up the confetti!!

Needless to say, that was an awkward drive home from the DMV. 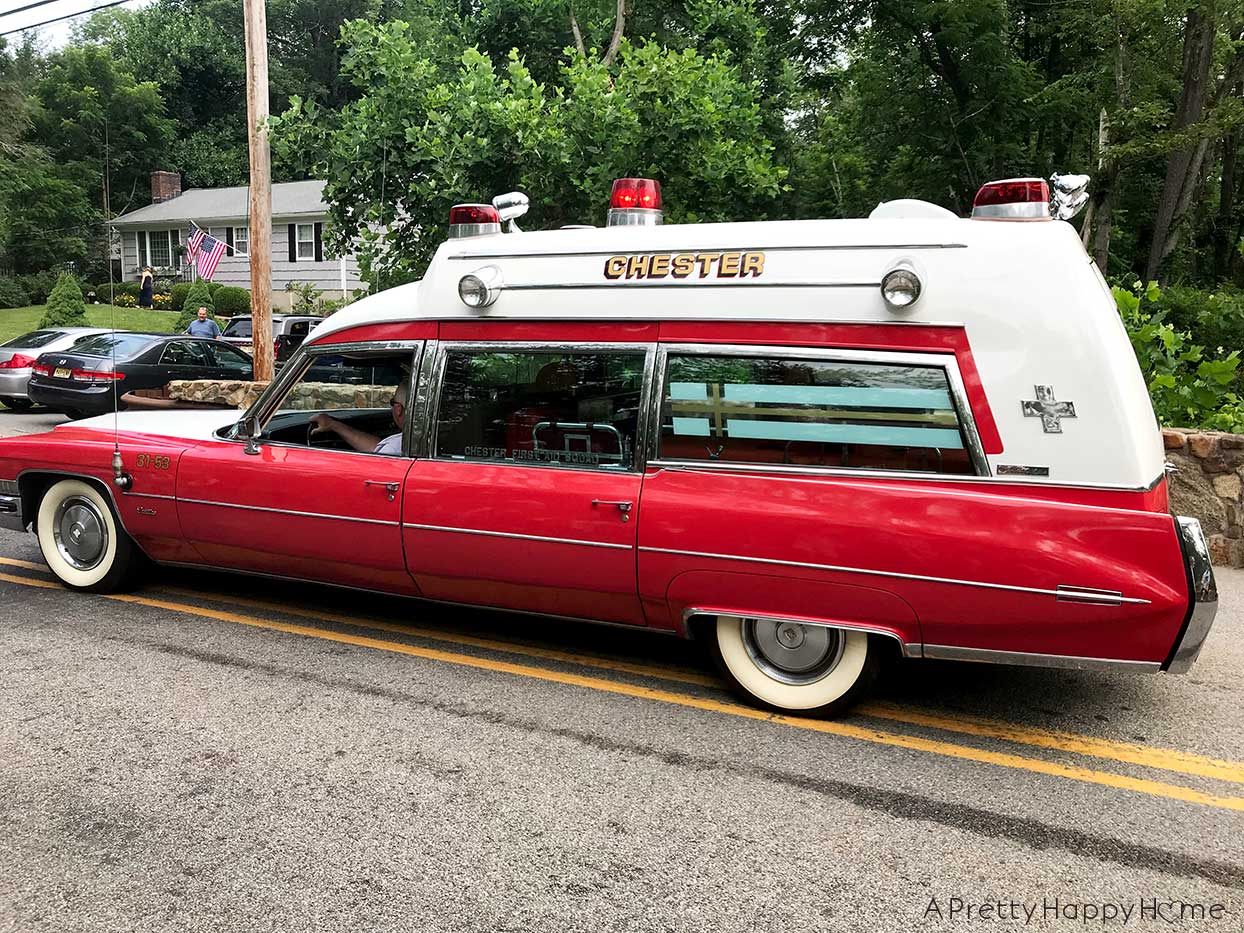 You need to know how this entire story started and how our hero was defeated by the pencil-pushing villain.

As we were preparing to go to the DMV office on a Saturday morning, a feeling of dread settled in my stomach like a heavy brick. I can usually find the bright spot in any situation, but this time I was preparing myself for a completely unpleasant experience. One I wished to avoid, but could find no viable alternative short of moving back to Georgia where my license is valid for three more years. Three!!

On the drive to the DMV the tire pressure light came on in the car.

We had to detour to a gas station to put air in the car’s tires. Mind you…these are brand new tires, so that was a puzzle to solve another day. Handy Husband got tire grime all over his hands in the process. He was very thankful I had hand sanitizer in my purse, but not super thrilled that it was ‘tea time shortbread’ scented. Whatever the heck that means.

He smelled so lovely though. I could just eat him up!

We finally made it to the DMV and the parking lot was PACKED. That’s saying something because this was a parking lot that could hold hundreds of cars. With a sigh of acceptance at the bureaucratic misery we were about to endure, we got in the back of the line.

I should mention this was the line OUTSIDE of the building. Essentially, we were in the line to get in the line.

The morning was already blistering hot and, of course, I forgot to bring water. This wasn’t a problem until one of my children decided to eat a granola bar and then promptly declare his/her imminent death from thirst to everyone in the line to get in the line.

It was at this point that a DMV employee came outside to holler at the pitiful masses. “No one is allowed in the building except those with actual business. No guests!”

At that moment, faced with a kid holding his/her throat in a melodramatic fashion, I thought the employee’s proclamation sounded exceptionally awesome!

Eventually, we made it inside the building. All of us.

I remembered the government isn’t great with family reunification, so I decided to be thankful I had my kids with me. Plus, The Thirsty One seemed to have recovered from his/her brush with near death by granola bar.

I considered doing a dance to celebrate getting in the building, but security guards were present and I’m not sure what the rules are on celebratory dances.

I’ve seen my fair share of DMV offices (not to brag) and this one seemed quite unique. Big parking lot. Big building. Big lines. Very little seating. Do not get comfortable in purgatory, people! There’s red tape to cut through! 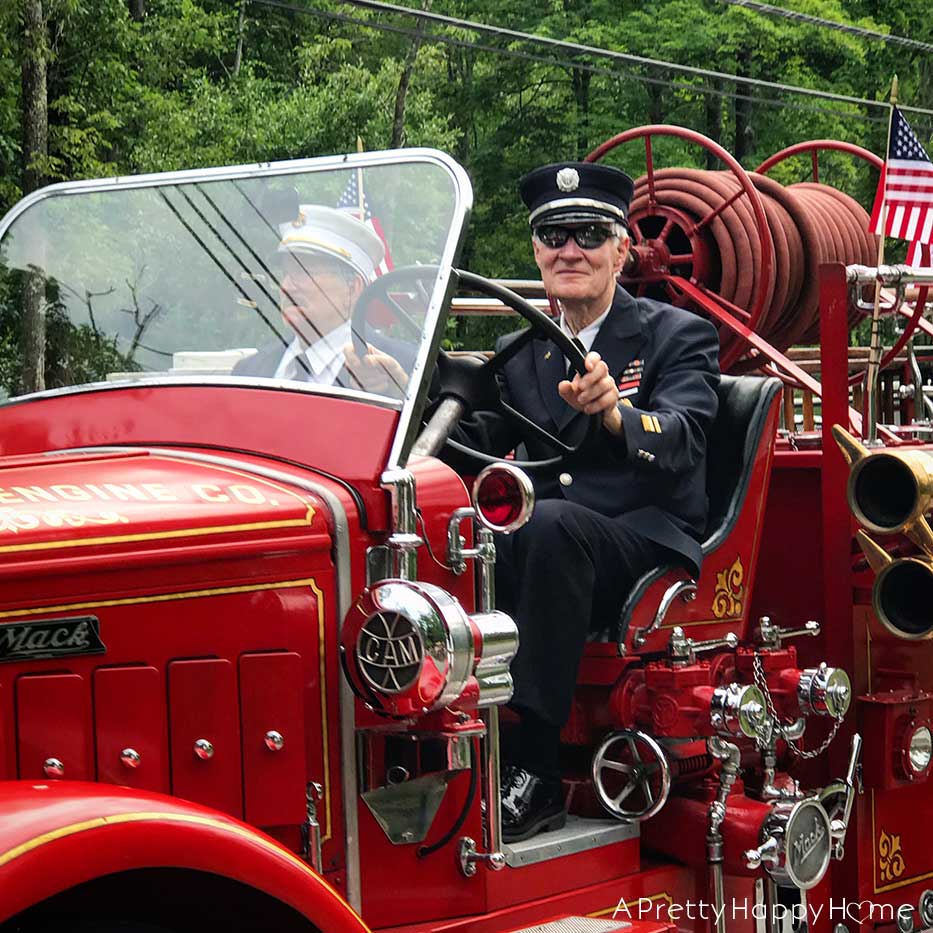 To obtain a new driver’s license at this DMV involves a two-step process that thankfully, in our particular situation, did not require any sort of test. I just had to surrender my out-of-state license.

Handy Husband and I sailed through Step 1. I did have ALL our important documents with us, so it wasn’t a problem. You want a valid passport, an expired passport, a birth certificate, a social security card, a marriage license, 15 store loyalty cards and a letter from my first grade teacher? I’VE GOT THEM ALL, BABY.

While waiting in line for Step 2, we met a lovely couple who had also lived in Georgia when we did. We had a great chat, y’all! It was one of those ‘small world’ moments that warm your heart and make the time pass quickly.

The DMV wasn’t so bad after all!

Then I met Christopher, the guy who processed my driver’s license. He’s married with one child they named after a season. We also had a great chat, but he did take a TERRIBLE photo of me. I don’t care how skinny you are, at the wrong camera angle even a giraffe can have a double chin.

All in all, the process wasn’t nearly as dreadful as I imagined. 90 minutes after we arrived, I was all legal in the eyes of the state.

I bounced out of the line with my shiny new license in hand to find Handy Husband.

He was sitting by himself, which seemed odd. I thought perhaps he was just pretending that he didn’t know the two kids laughing hysterically over an iPad game. I didn’t know who those kids were either, but maybe their parents should keep an eye on them! 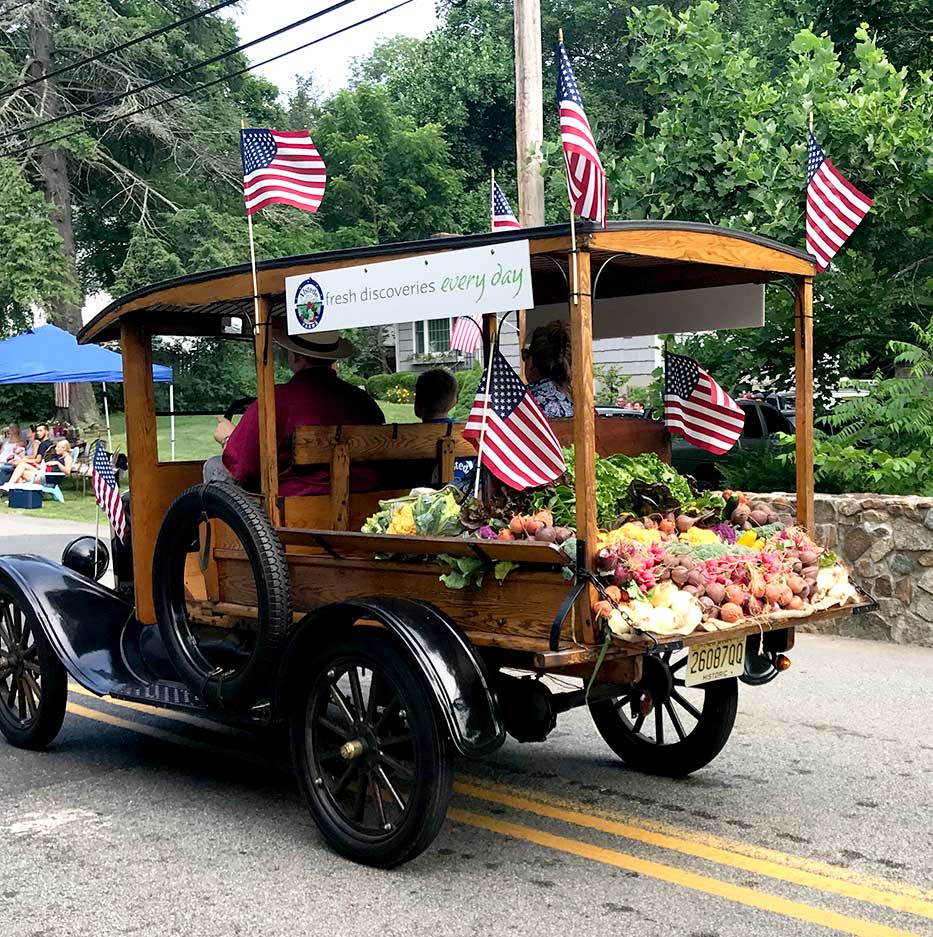 However, I think he was just in shock.

As it turns out, Step 2 did not go well for him. The person who processed his driver’s license was named Cruella de Vil or maybe Satan. I was kind of confused on the particulars.

She decided that Handy Husband’s three proofs of address were not acceptable. He couldn’t use our bank statement because it did not come in the mail. We do online banking, so nothing comes in the mail from the bank. He couldn’t use his work document because it said the shortened version of his name. Think Chris instead of Christopher. He also was not allowed to use our lease agreement (even though I was allowed to use it) because it was a photocopy and not the original. The realtor had scanned the lease and emailed it to us and we used this scanned copy as address verification to enroll our kids in school. Generally speaking, photocopies of contracts are legal documents, except if you’re standing in front of Nurse Ratched.

I had set up all the utilities for this house, so he didn’t have anything like that even coming in the mail. And when he called the bank to ask them to send him something – anything – they just laughed. Okay, they said they would, but it’s been two weeks and nothing has come. They’re probably still laughing. 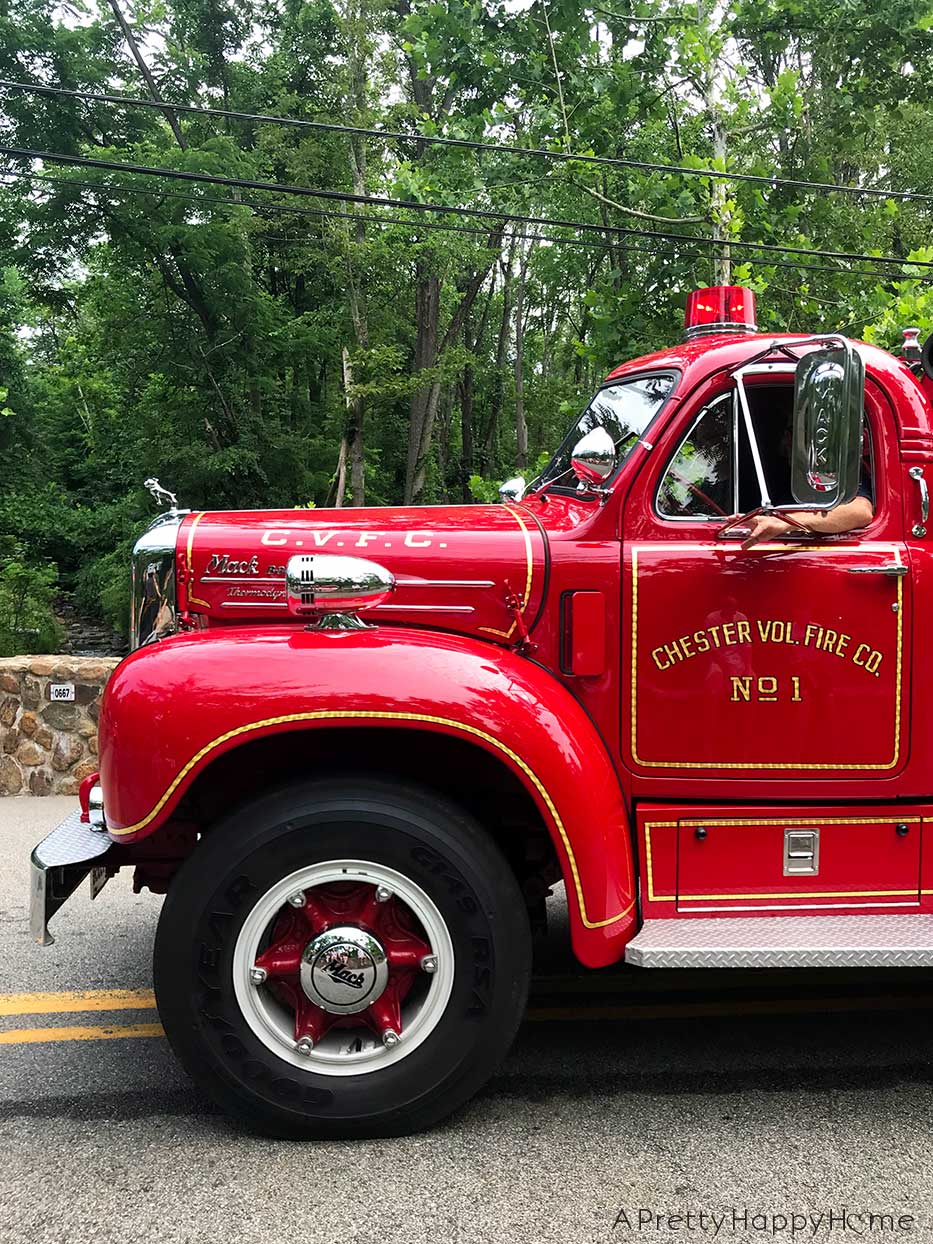 Needless to say, getting this big rejection was not cool. It makes me question the point of Step 1 if the person in Step 2 can veto the documents.

Now Handy Husband has to go through that entire ordeal again and not be certain of the outcome. It stinks. I’d be frustrated too.

If only he’d been helped by Christopher who has a daughter named after a season!

At this point in the story, I wish I had some dramatic music to play for you as we all wonder the fate of our favorite hero, Handy Husband.

Perhaps I could sing dramatically instead? Doh. Rae. Meeeee…

Speaking of me, I’d like to mention I was super proud of myself for refraining to suggest to Handy Husband as we left the DMV that maybe I should be the one driving home. After all, I did have a shiny new license!

There is a time to open your mouth and a time to keep it shut. This was a shut your mouth and don’t gloat kind of moment, which was quickly followed by a “no, I STILL don’t have any water so put that granola bar down” moment.

Ah, my glamorous life. Try not to be jealous.

While I have no desire to go again anytime soon, I am happy I had a somewhat pleasant adventure at the DMV. I just can’t mention that to Handy Husband right now. Maybe in a few years…or never.

Now, I’m going to need you to cheer on our favorite hero as he goes another round with his nemesis this week.

Will he get his license or won’t he? It’s quite a cliffhanger!

The cars featured in today’s post were all participants in a 4th of July Parade in Mendham, New Jersey.

Also, if you need me today, I’m unavailable. Amazon Prime Day starts at 3pm and I’m stalking all the things in my cart to see if they go on sale! If you’re not an Amazon Prime Member, you can get a free trial to take advantage of the sale.

If you enjoyed this post and need another fix, I’ve got another story for you!

Cooking with Kids. Did I Survive? 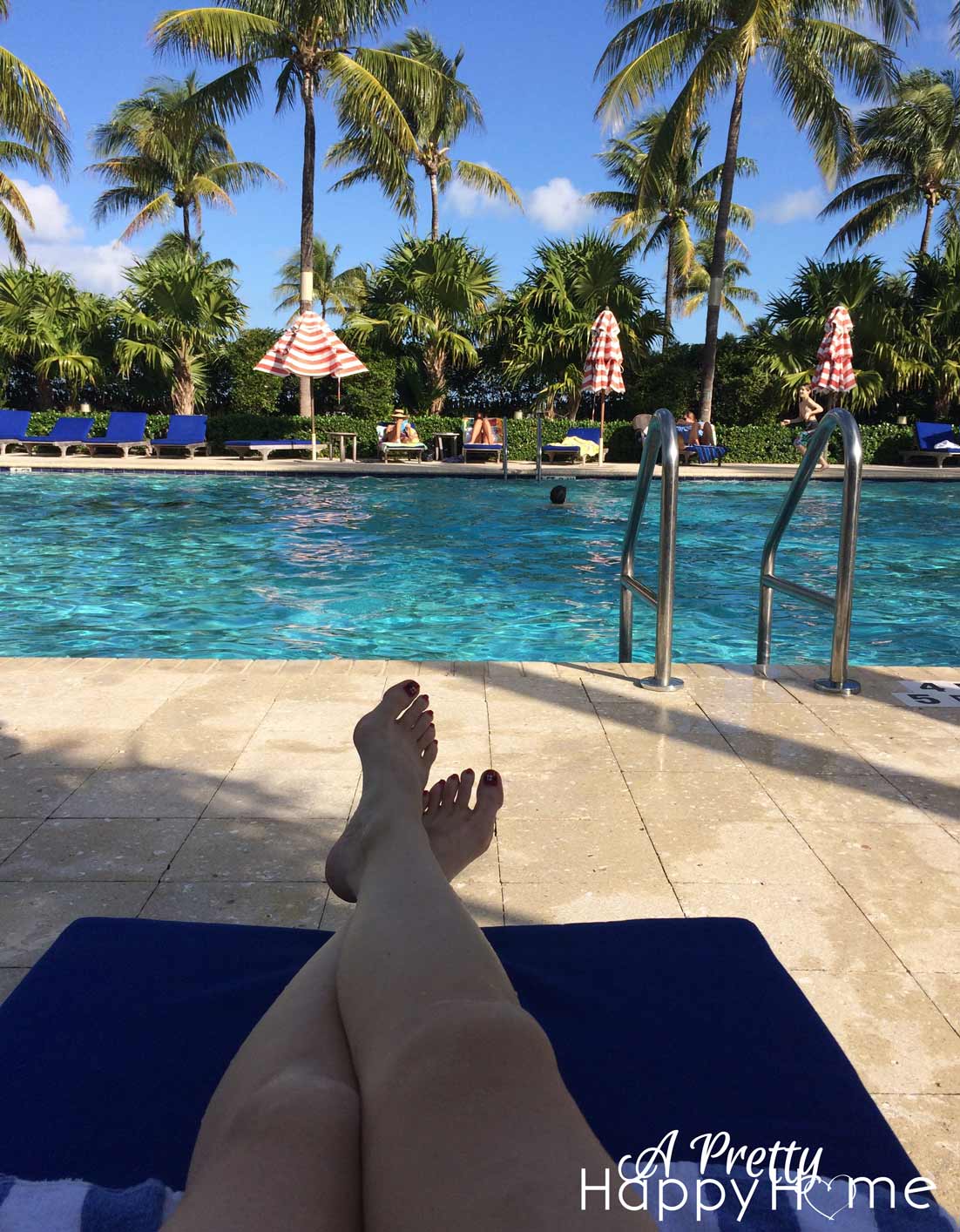 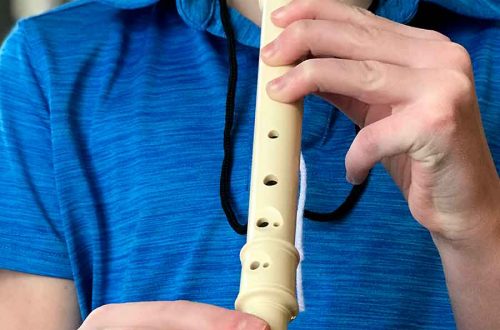 Maybe I Was Wrong About My Child Playing the Recorder