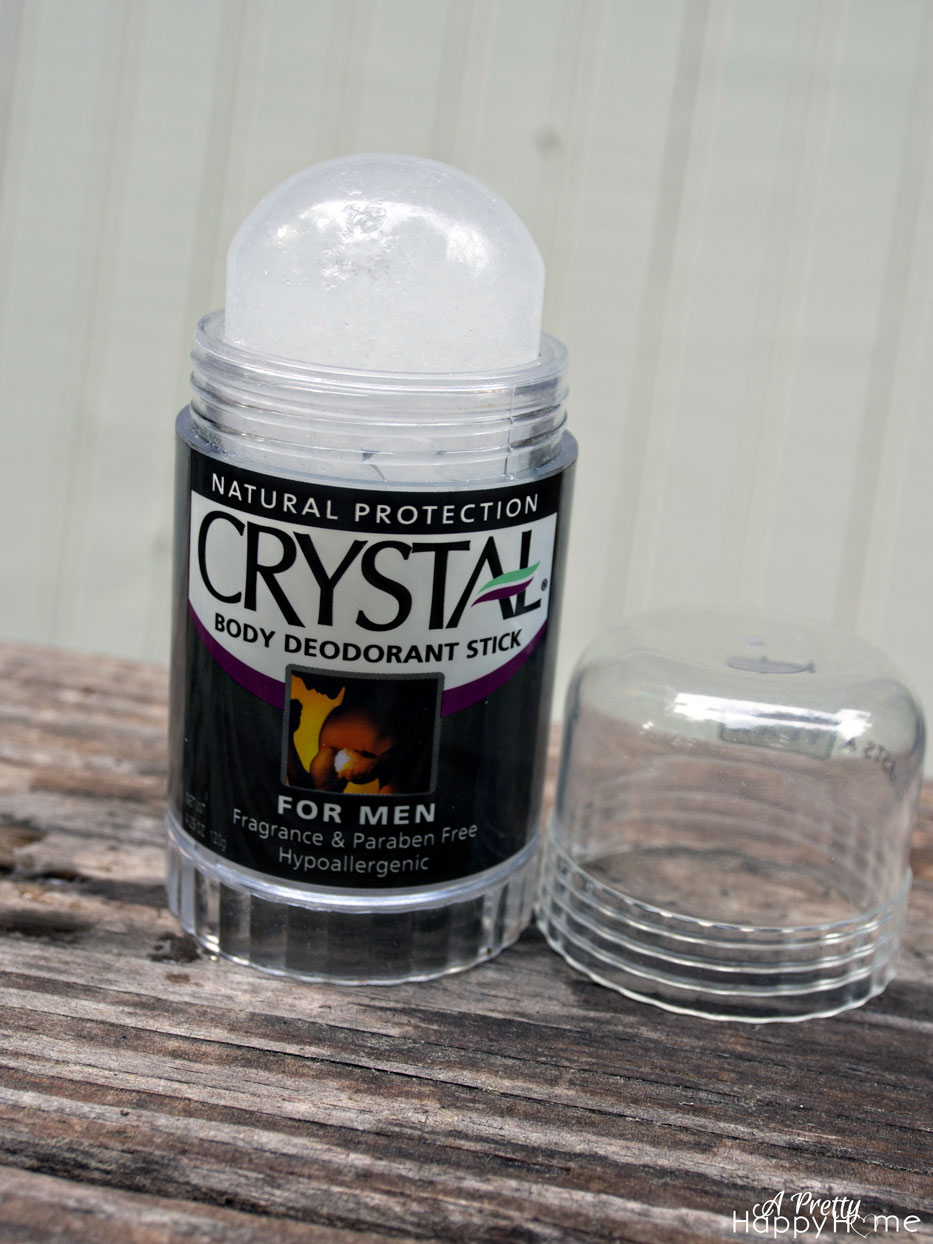 Aren’t you glad I do these things?

Like try a deodorant and then tell you how it worked?

Or have you already run for the hills?

I promise I don’t smell that bad. I guess you’ll have to trust me on this one.

So, my husband, who never shops for toiletries, decided earlier this year to order this $7-ish stick of deodorant

because it was going to be SO MUCH cheaper than ALL the deodorant he uses.

Since anti-perspirant/deodorant magically appears in his bathroom drawer, I think he thought he was using a stick a month or something. I assure you, he does not.

But, he was right. It’s possible that this would be a whopping $8 or $9 cheaper. Per year. We’re going after the BIG savings people.

Well, when he ordered this stick of deodorant

, he still had deodorant to use up, so it sat in the drawer. Oh, the savings irony.

Then I ran out of deodorant.

As the label says, Crystal Body Deodorant Stick is a natural deodorant option made from alum, a mineral salt. The mineral salts form a barrier on the skin that creates an unfriendly environment for bacteria. The bacteria is what makes you smell when you sweat.

For me, I found it worked well on light-activity days. You know, when I wasn’t working out. If it was one of my running days and it was 90 degrees outside, forget about it. Regular anti-perspirant worked better for that.

The salt stick does have to be a little moist, otherwise it will tug on your skin a little when applying it. You can wet the stick with a little bit of water.

I decided 3 months was long enough for this little experiment. Despite all the pros of the mineral salt deodorant, I decided to go back to my old stand-by, Dry Idea. My full activity days outnumber by light activity days, so it made sense for me.

This is just my experience, so I have no idea how it works for other people. However, Crystal Deodorant does get 4 out of 5 stars on Amazon, so it’s working great for a lot of folks and may be worth a try!

Aren’t you happy you read this whole post? And I even managed to do it without saying “armpit” once!

P.S. The Crystal deodorant people have no clue who I am. You can learn more about their products on their site though.

*affiliate links in this site*

This was a lot of fun! Let’s not end it too soon…

How to Crew For an UltraMarathon Runner

I Tried It: Brace for Achilles Tendonitis 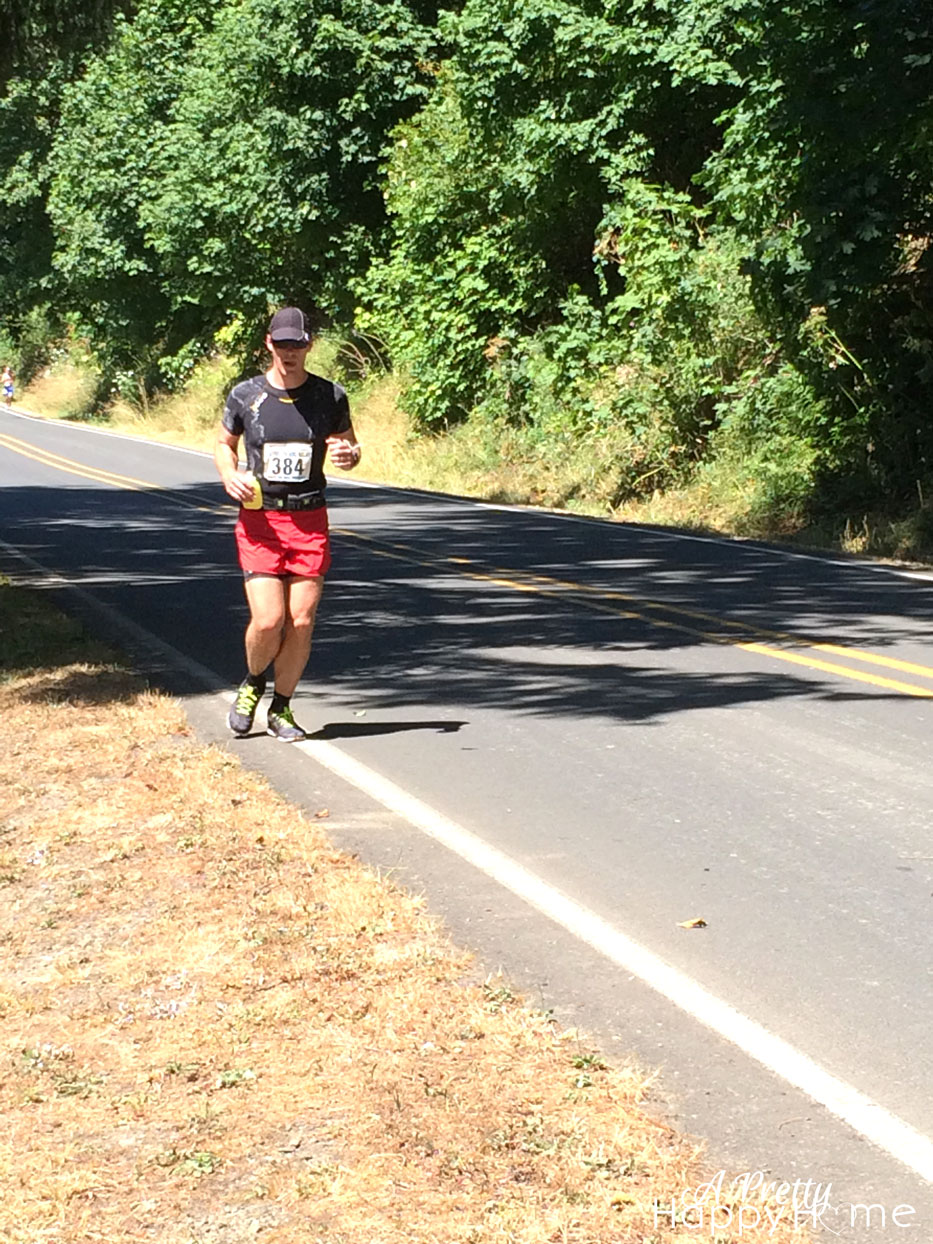 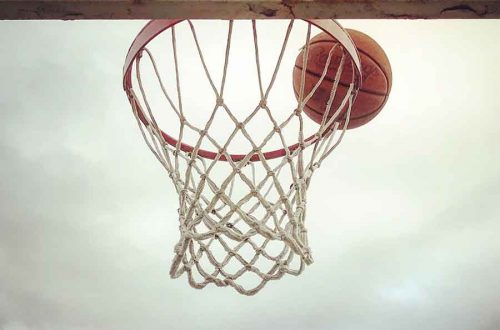