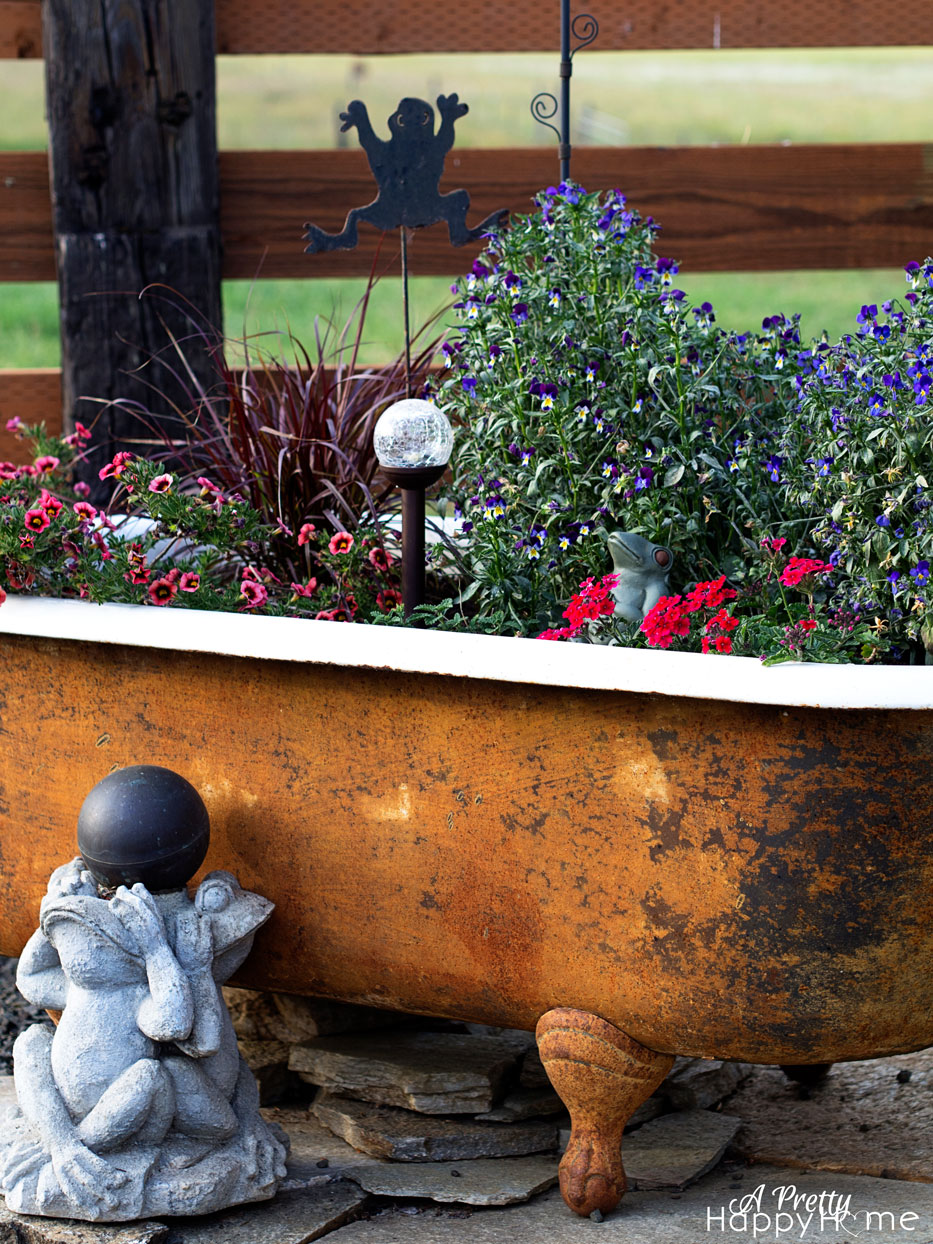 We arrived safely in Ireland (if you don’t know what I’m talking about, read this post) and are recovering from jet lag. We’re also waiting for our luggage to arrive, but that’s not the end of the world. Enjoy this post while I try to figure out what time zone I’m in.

Like a lot of people, I grew up in a house with one bathroom.

We had a bathtub and no shower.

It was super awesome.

Want to see what that bathtub looks like now?

Trust me. This is a MILLION times better than the bathtub used to look.

I didn’t even know the bathtub had those awesome feet, as the tub was sitting in a circa 1980s tile surround when I used it for bathing.

At some point during a remodel several years ago, the legs were separated from the tub. The Junk Whisperer (aka my stepmom) found 3 of the legs.

To most anyone else, this would present a problem. For the Junk Whisperer it was an opportunity to make a cool stone base for the tub so that no one would even know a leg was missing.

I realize this type of planter is not everyone’s style, but not everyone lives in a farmhouse on a working farm.

The Junk Whisperer does and she’s got mad skills! Taking junky stuff and making it look like it belongs is her sweet spot.

Being as this is a farm, dirt and manure are in plentiful supply. So this bathtub is actually full of dirt, instead of having some sort of filler at the bottom.

One tip if you decide to use a bathtub as a planter. Leave the drain in the bottom of the tub open and that should solve all of your drainage problems!

Did you notice the fence right behind the bathtub? Well, there are actual cows living right there.

This guy is Buddy, but his name might as well be Hamburger. He was watching me the entire time I was taking photos of the bathtub planter.

I guess he wanted credit for fertilizing that soil. Nice work, Buddy.

I’m not sure if the bathtub’s transformation would be called a makeover or a make under. Whatever it is, I think it works for the space and I’m happy the Junk Whisperer was able to turn a castoff into something beautiful and practical.

Ready for more outdoor decorating inspiration? Me too!

A Little Bit of Yard Work Does Wonders 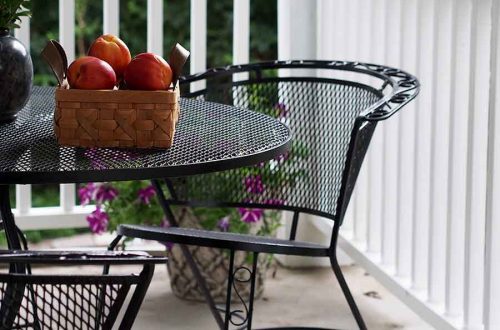 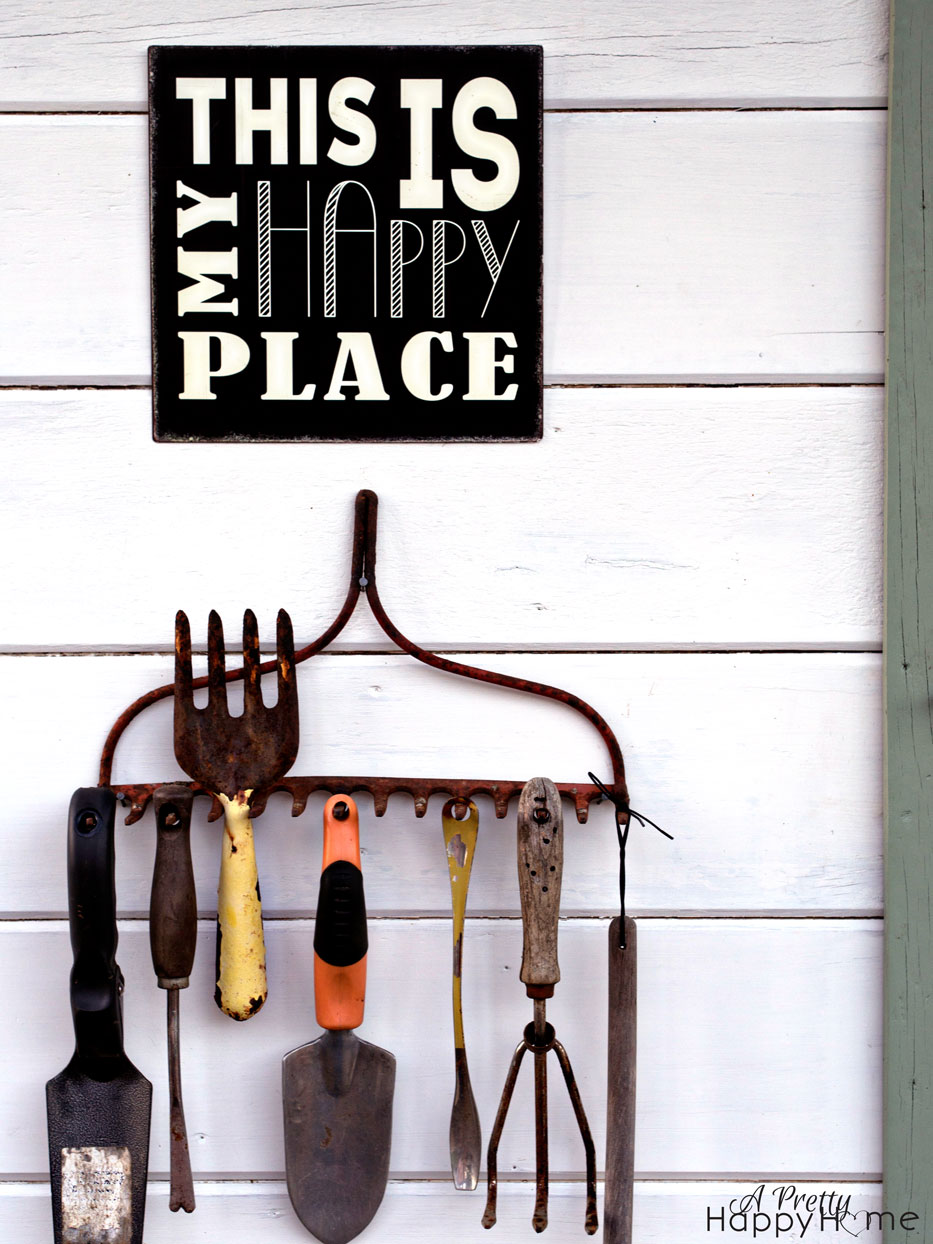 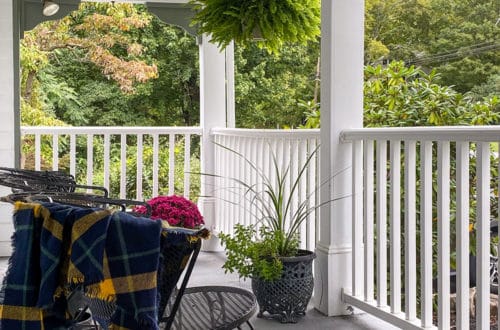 Our Not Quite Fall Front Porch