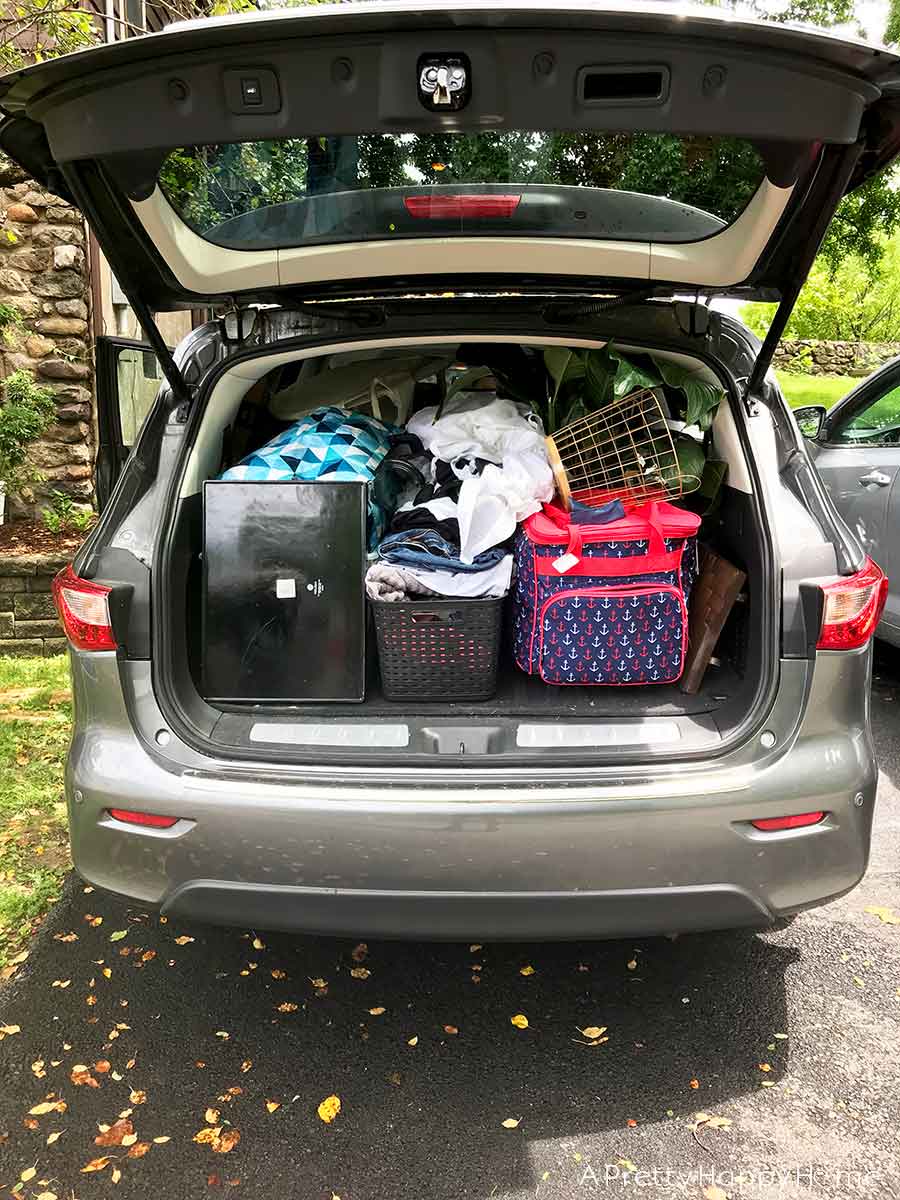 This move was so hard, maybe our hardest yet, for the reason you’d least expect. (If you aren’t caught up on the new house news, read this post.)

Was it because we are older than the last move?

Possibly, but we are still young at heart. College was only two  minutes ago.

Was it because we moved everything but the piano ourselves?

Possibly, but I’ve been working out with the 3 lb. weights, so my arms are pretty buff. 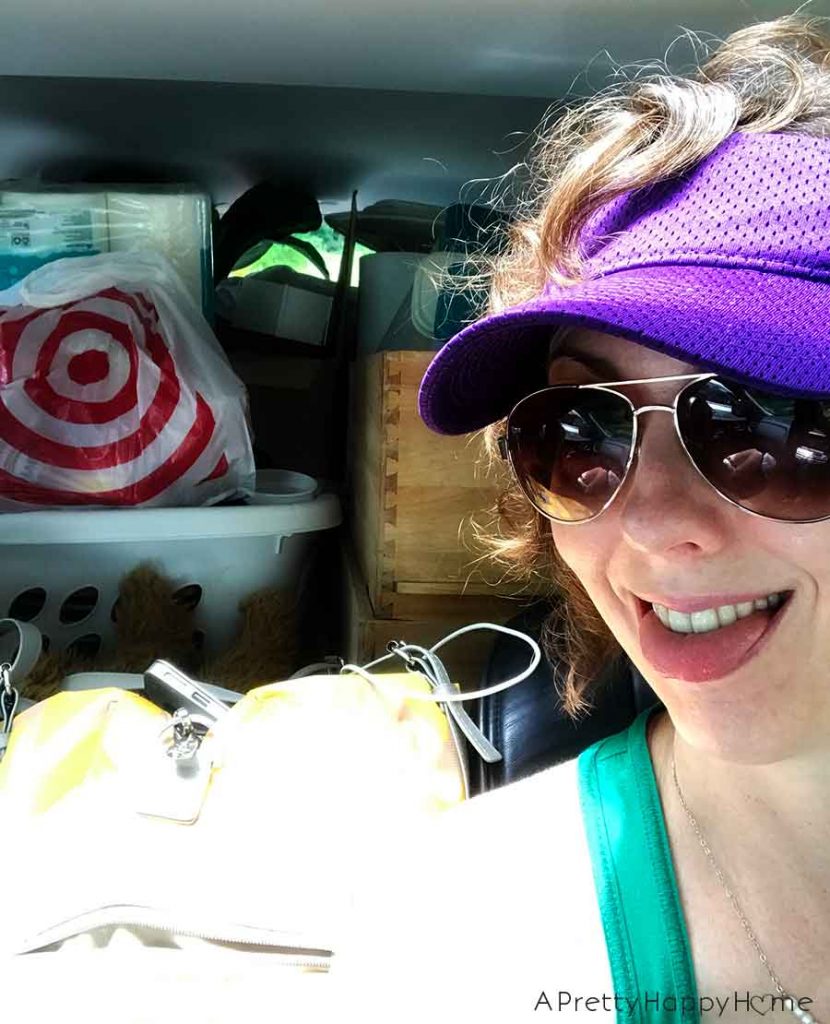 Was it because we were on a tight timeframe?

No. We had virtually a lifetime to take our sweet time moving in.

Was it because our new house is a 45-minute drive away from our old house?

No. I love wasting time in a car.

The reason why this move was so hard is my fault.

I know you probably think I’m blameless in this and most situations and normally I would not disabuse you of that notion because you’d be correct! Clearly.

But this time my big mouth made this move so much harder than it needed to be.

A few days before closing it came to our attention that a lot of items still remained in the house. I was concerned, for a wide variety of reasons, about getting to the closing table. We were already two weeks behind the original closing date. 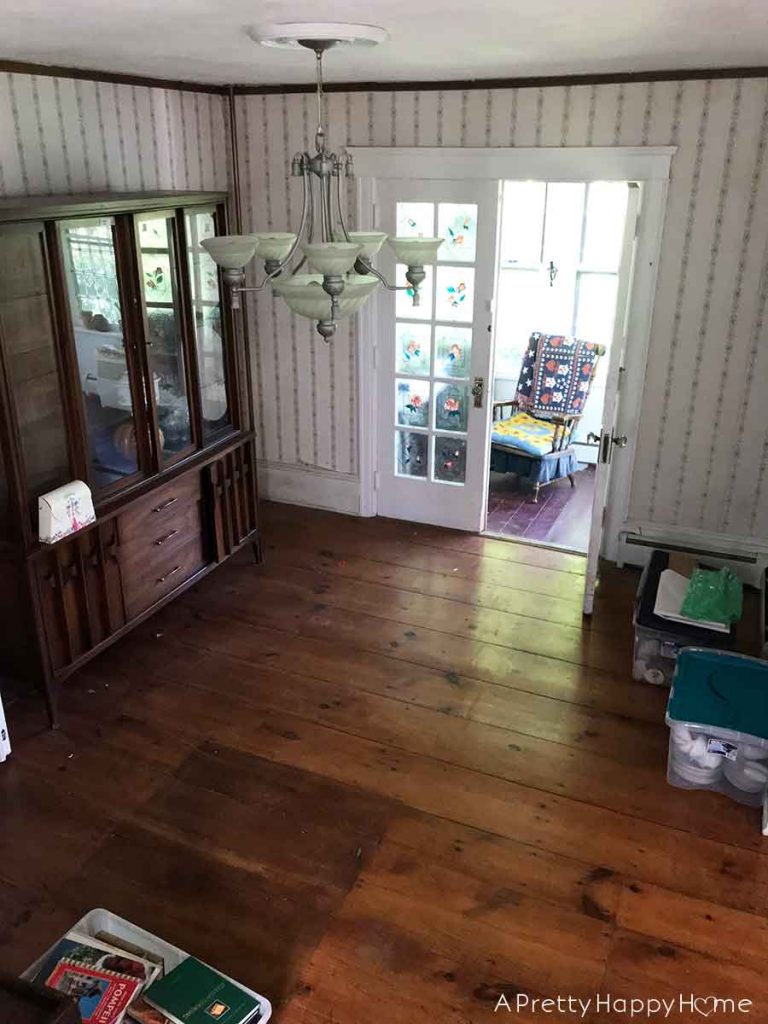 So my big mouth said, “It’s fine. Just lock it and leave. I’ll deal with everything.”

I still think that was the right decision.

It just made our lives and this move so much harder because I didn’t realize how much stuff still remained in the house. I still can’t fathom where it was all hiding.

There were items left here (hand-crocheted blankets, authentic mid-century furniture) that would have caused my soul to wither up and die if 1-800-GotJunk took them and that was the seller’s plan.

There was also A LOT of stuff 1-800-GotJunk should have taken. So. much. junk. So far I’ve taken EIGHT trips to the donation center with my car packed full of boxes and we still can’t get into the garage. It’s making Handy Husband twitchy.

There was also at least a dozen pieces of furniture that I had to either use, sell or donate. 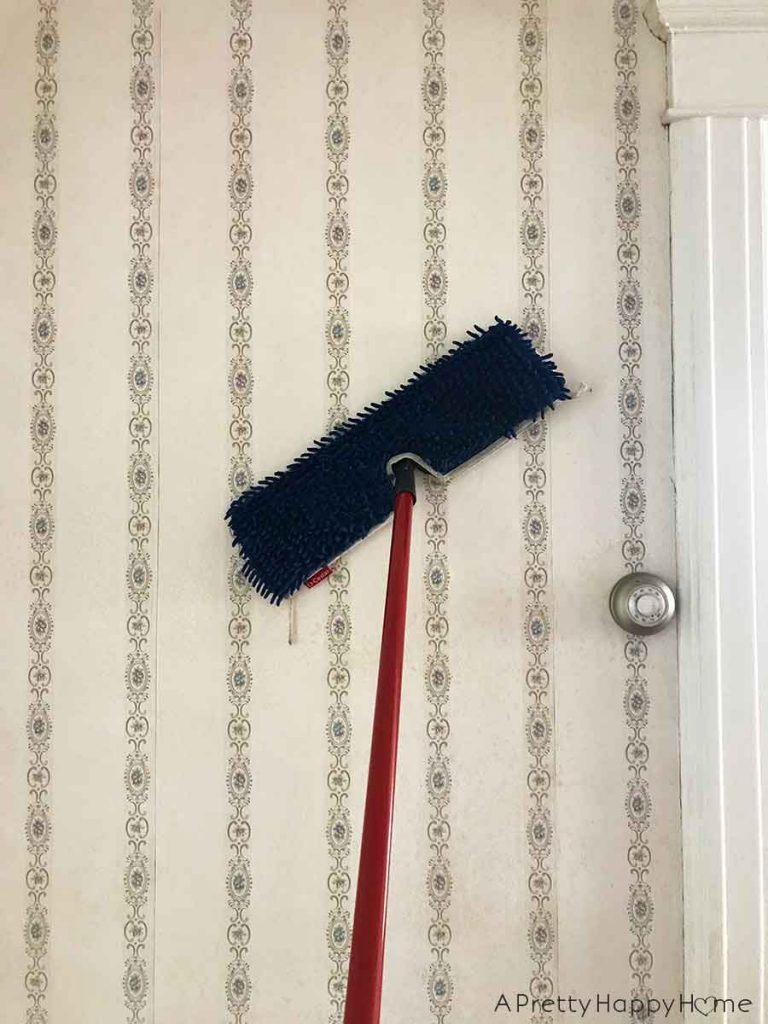 I don’t care how much help you have or how perfect your new home is, there is still a point in every move where you are ready to BURN IT ALL DOWN. Metaphorically speaking.

That phase lasted a wee bit longer than usual for me.

Was my decision worth the effort?

Handy Husband will say no.

From a monetary perspective, I don’t know yet. I haven’t tried to sell anything or research prices on some of the items that might hold more than a nominal value. I have been trying to give away a piano that was left here and I can’t find anyone to take it. Another piano is the last thing I need.

From a human connection perspective, I think it was worth it to ease someone else’s burden. Even if I ended up receiving nothing out of the deal, it felt like the right thing to do. And we made it to the closing table!

For me, this type of purging, sorting and cleaning was part treasure hunt and part pain-in-the-behind.

I kept hoping I’d find a coffee can full of cash, but no luck there! Ha!

I did find a crockpot though, so that’s almost as good…if we alter the definition of almost.

It’s important to point out that just because something is hard or more work doesn’t mean it is necessarily bad. I can think of plenty of things in the world that are bad. This was just more of an inconvenience; a wrench in our well-oiled moving machine. 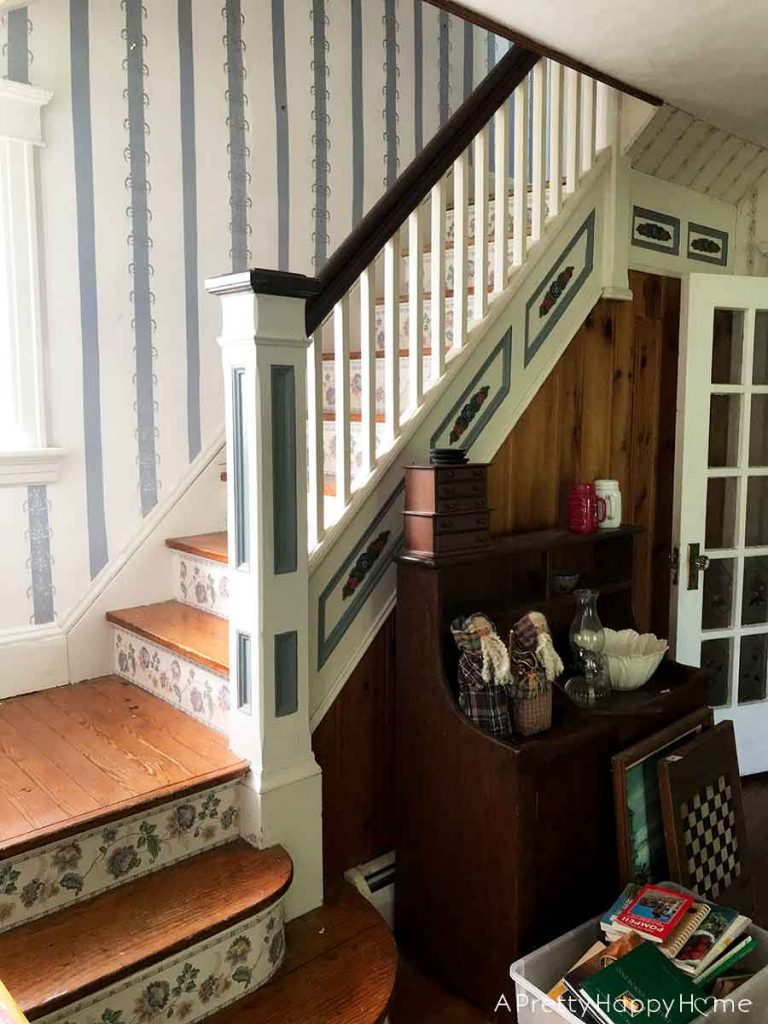 It was a good reminder to me to be careful about the items I bring into our home because “stuff” is a burden.

Twelve long days after we closed on this home I sent Handy Husband the happiest text saying “All the stuff we don’t want is out of the house! Finally!”

Uh…A little more enthusiasm please! Maybe an emoji? Something. Anything.

Maybe he knew my message didn’t mean all the stuff was out of our lives forever. It meant I had placed it in a donate pile in the garage or in a sell pile in the barn.

Yes, this move was SO HARD – harder than most, but I’ve got nothing but time to make this home pretty…and less smelly. And I’m going to keep my big mouth shut for awhile.

Thanks for checking out some of my “before” house pictures! Here are some other posts you might enjoy.

Moving Tips To Keep You Sane

My Number One Moving Tip 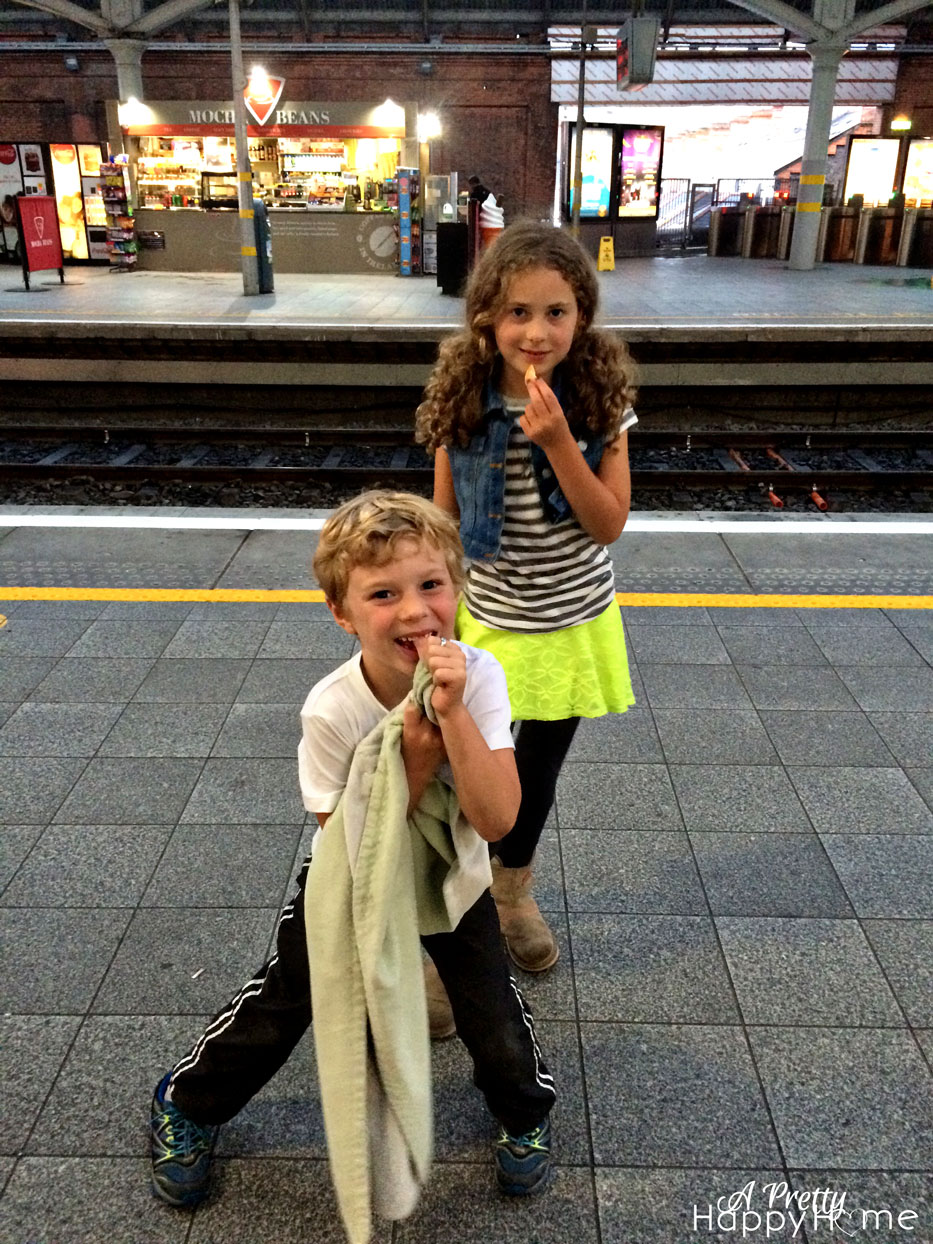 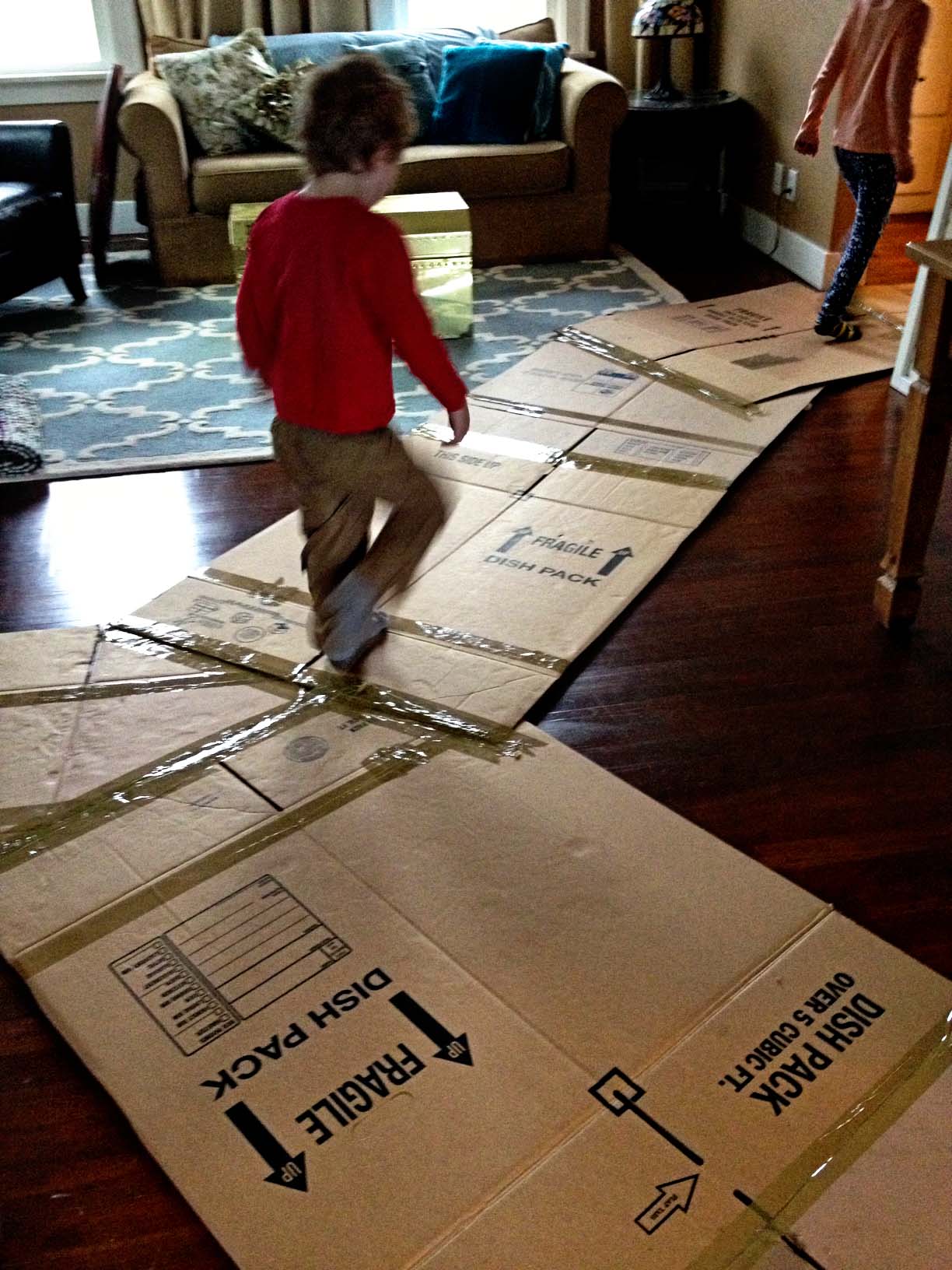 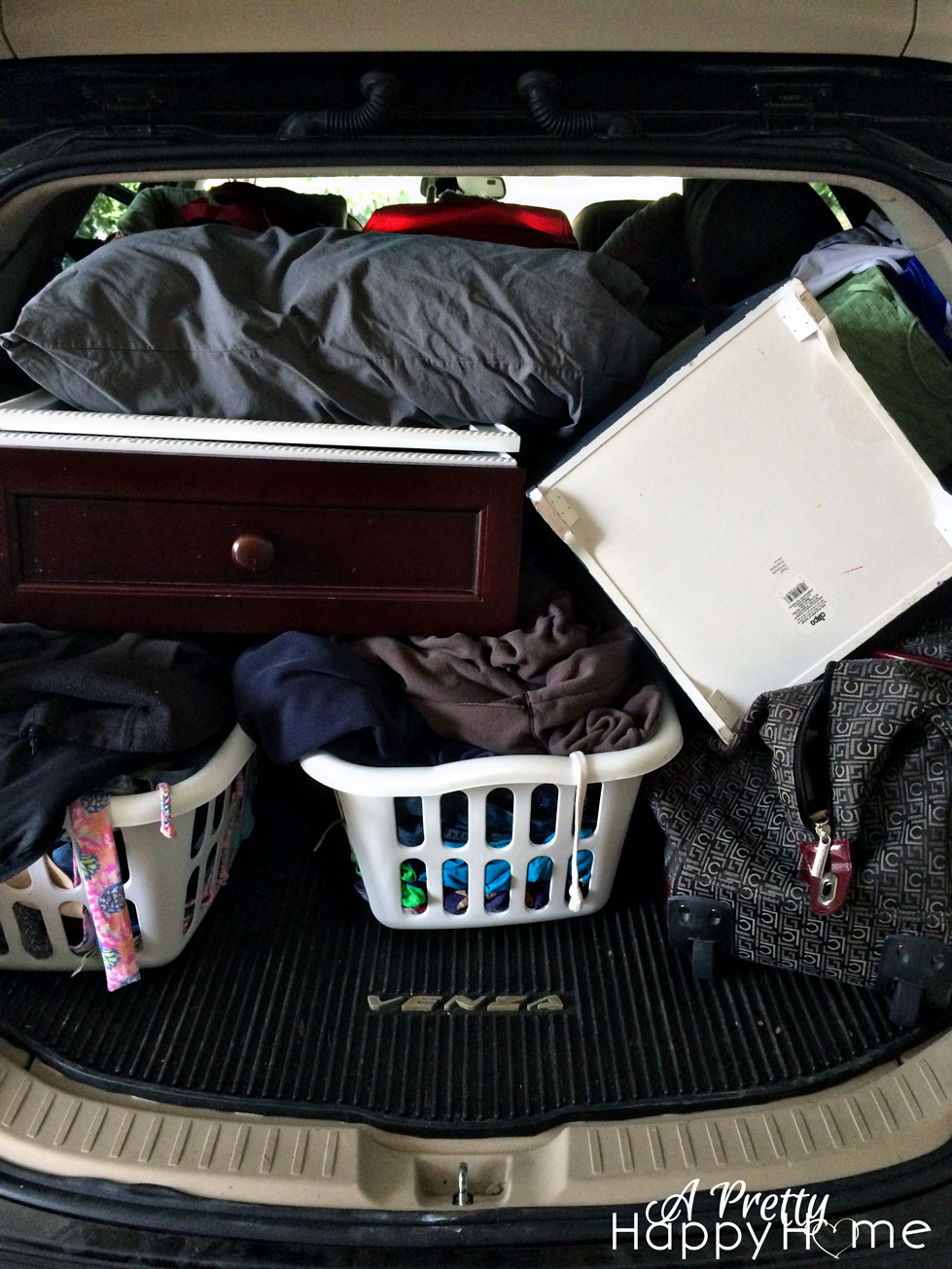