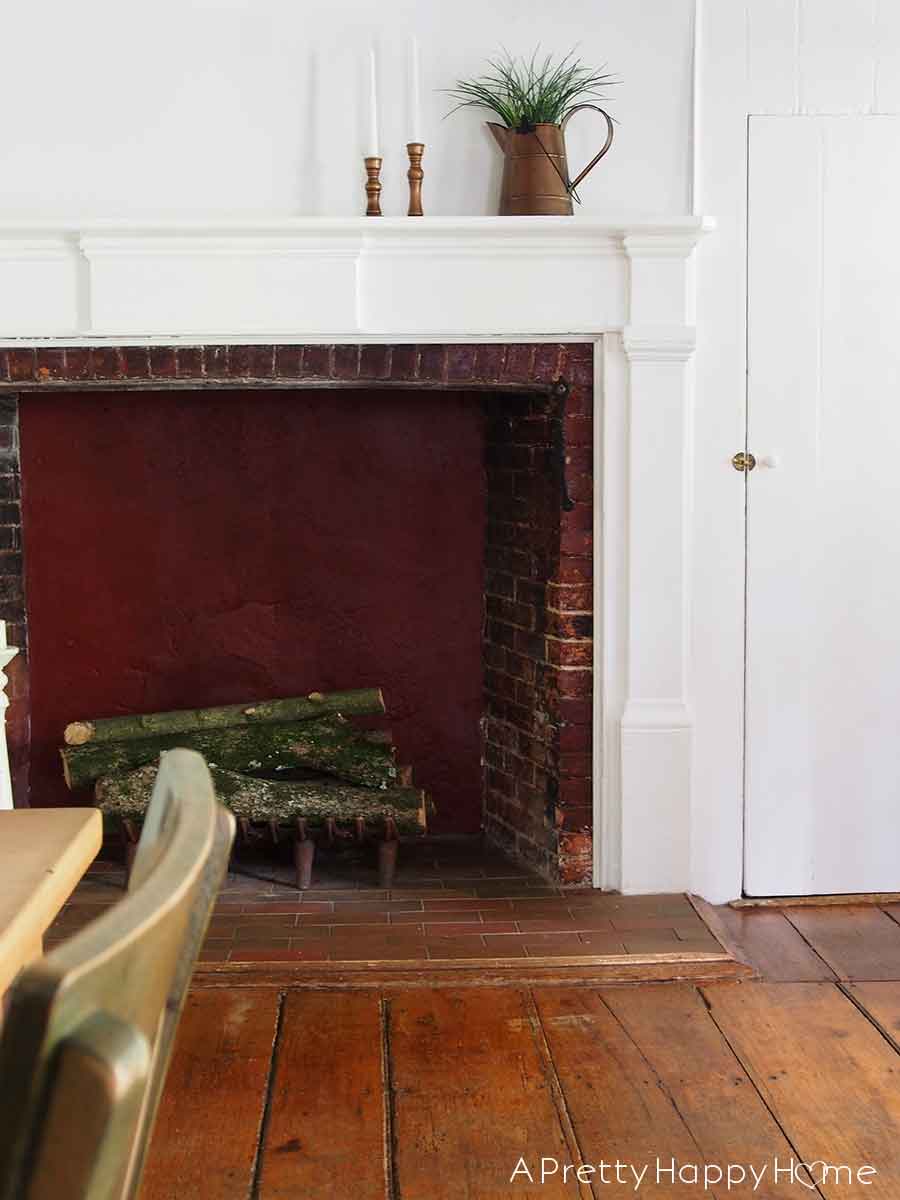 I am convinced there must be hidden treasure in our home or somewhere on our property.

Don’t laugh! It might not be probable, but it is possible.

Our home is close to a quarter of a millennium old. You can’t tell me there haven’t been coins, letters, gold bars, jewelry, or cash hidden under a floorboard at some point in time.

After all, I grew up reading Nancy Drew

. If that doesn’t make me an authority on mysteries and secret hiding places, I don’t know what does.

There are several creaky floorboards in our house that are my top contenders for concealing hidden treasure. It’s not just that these floorboards creak. It’s that they appear to have been mysteriously cut in half to make two smaller planks after they were installed. Plus, there are scratch marks around the edge of the planks. 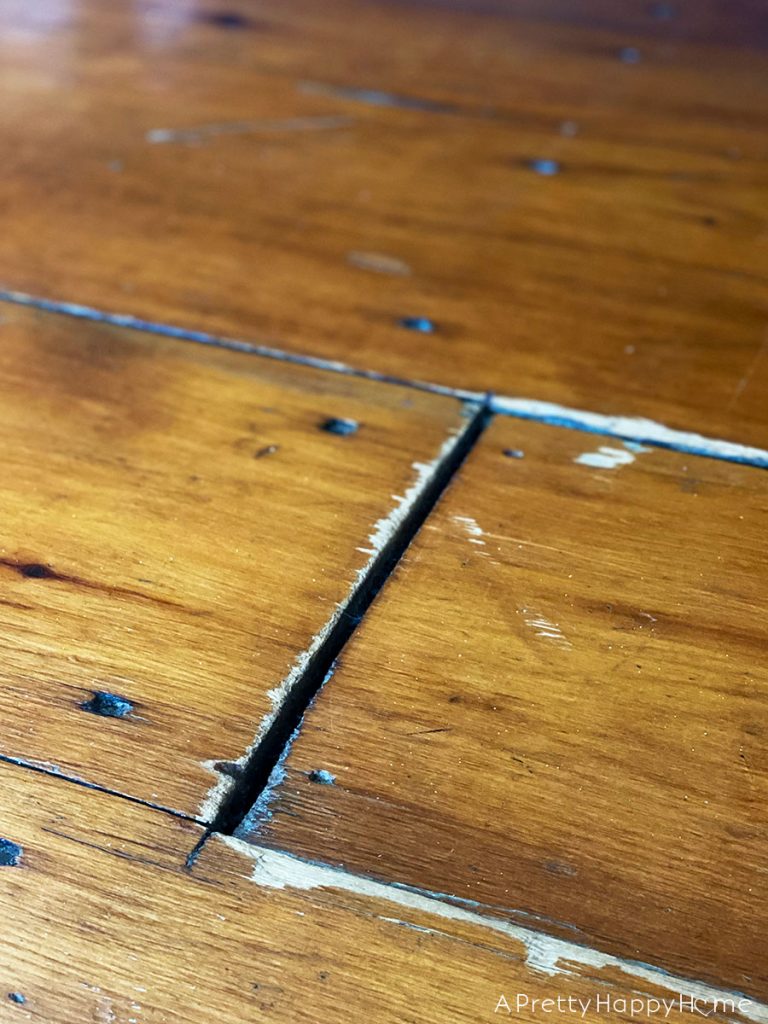 Handy Husband says there is a logical explanation for the mysterious cuts in these floorboards.

He hasn’t offered up any logical explanations, but it’s not because he doesn’t support my notion that there must be hidden treasure in our home.

He just thinks someone would have found the hidden treasure by now.

I concede he may have a point there, but a girl can still dream.

This hidden treasure debate has been going on since we bought the Colonial Farmhouse, but after a year spent listening to my musings, Handy Husband pretty much ignores me on this topic now.

Until the other day.

Boy, did he get me good.

He has been working on repairing the stone and concrete exterior of our Carriage House. It is a separate building on our property that has had a number of uses over the centuries. Currently, it has a studio apartment on the top floor and storage space on the bottom floor.

Handy Husband: I think the patches I made with the mortar will look good when they dry…and after we paint the building.

Me: *halfway listening* Definitely. You do good work, Honey.

Handy Husband: It’s kind of odd that there’s just one lone brick on this wall. Everything else is irregular-shaped stone that’s been skimmed over.

Me: *fully engaged in the conversation now* Huh…I never even noticed that brick. That IS weird.

Handy Husband: It would be a good place to hide treasure.

Me: *pausing while that statement sinks in*

Handy Husband: *nonchalantly not making eye contact while he waits for the inevitable*

Me: I KNEW IT! You DO think there’s treasure! Did you pull it out to see what was behind it? What do you think is in there? A map? A key? Coins? It’s probably coins. This is the BEST. DAY. EVER!

Handy Husband: Nope. I didn’t do anything.

Me: Why not? You can’t just leave it there. In books there is always something hidden behind a loose brick. I’ve read enough mysteries to know this!

Me: You’re messing with me, aren’t you? This isn’t over, you know! Now I’m even more convinced.

He just grinned and walked away knowing that he had masterfully riled me up!

Gosh, I love that man for keeping things interesting around here. 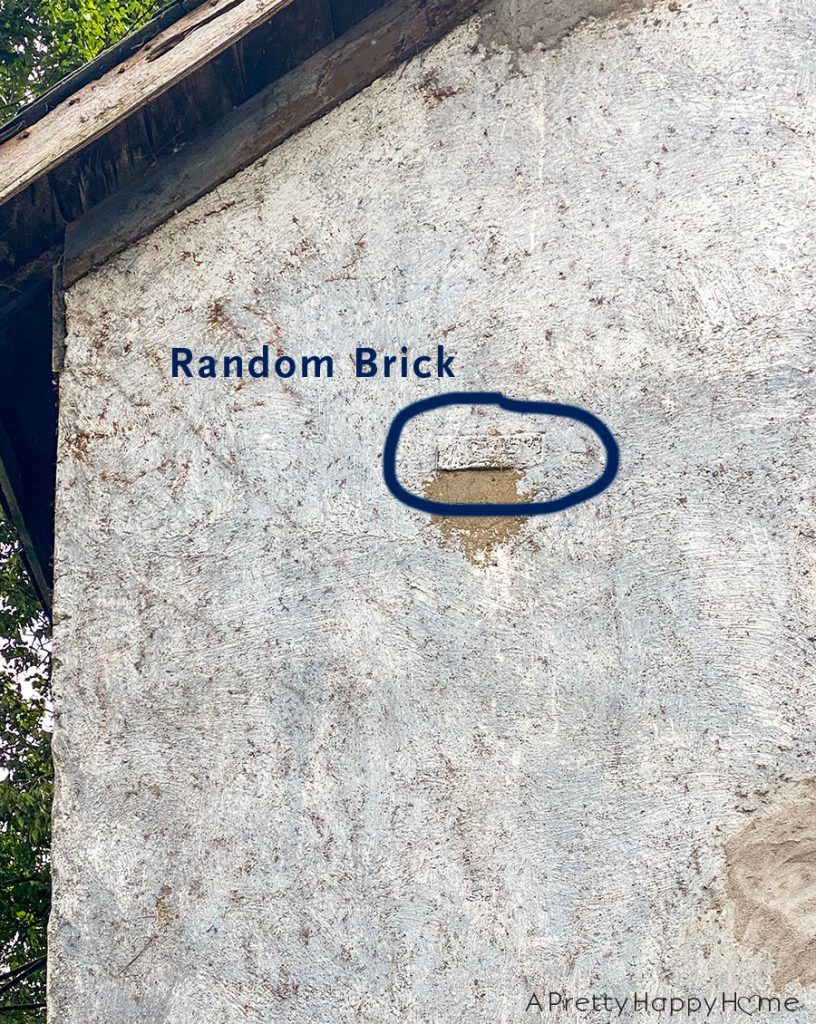 I don’t know if there is hidden treasure of the material sort tucked away somewhere in our home, but it is so much fun to think about.

I do know we’ve found a different sort of treasure living in this home. We’ve found a safe haven during a pandemic. We’ve found a place that stimulates our need to be creative and productive. We’ve made a connection to the land that has nourished our bodies.

Perhaps the most important thing is the memories we’ve already made living in this Colonial Farmhouse. Those memories are the sort of precious treasure I will happily bury deep down in my soul and take with me wherever I go.

P.S. The most logical explanation I can come up with (besides hidden treasure) for the random cuts in the floorboards is that access was needed to either repair or install something.

There are other cuts in the floorboards that involve multiple boards. We believe those cuts, which are 30 inches square, might have been for grates for an old heating system.

Have you ever looked for hidden or buried treasure? What about a secret passageway? I’ve always wanted to live in a house with one of those! While you are thinking about that, here are some other posts you might enjoy.

Five Old Books I Found in Our Colonial Farmhouse

The 1971 MLS Listing for our Colonial Farmhouse 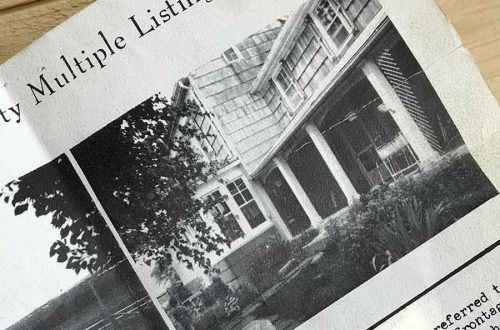 The 1971 MLS Listing For Our Colonial Farmhouse 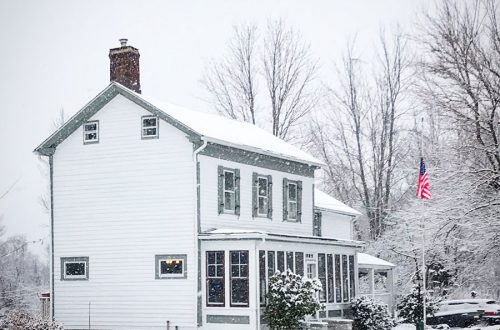 My Home Could Be In a Movie 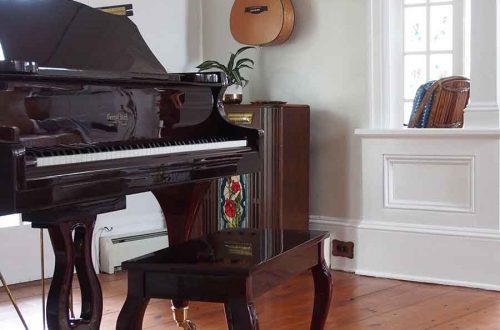 Music Room Before and After