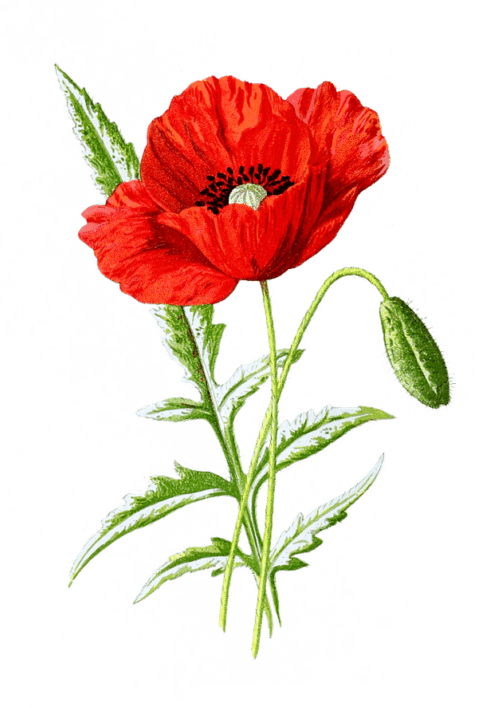 Have you ever wondered how a weed became a symbol of remembrance worldwide for fallen soldiers?

That weed is the poppy.

The first shock to my system was that poppies are weeds. I thought poppies were pretty flowers.

Weed or not, I still think they are pretty.

The origin story of the poppy becoming a worldwide symbol of remembrance for fallen soldiers stems from a poem penned by Lieutenant Colonel John McCrae.

McCrae was a Canadian brigade surgeon for an Allied artillery unit. Not long after the Second Battle of Ypres where 87,000 Allied soldiers were killed, wounded, or went missing after the Germans released chlorine gas on the troops, McCrae noticed red poppies growing on the decimated battlefield.

I can only imagine how profound this moment must have felt to McCrae. He’d just witnessed unimaginable atrocities and a battlefield soaked with the blood of over 100,000 souls (87,000 Allied soldiers and 37,000 German soldiers). Then right after that red poppies burst out of that very same cursed ground.

Struck by this observation, McCrae penned the poem “In Flanders Fields.” It was published in Punch magazine in late 1915 and soon became a fixture at memorial ceremonies worldwide. 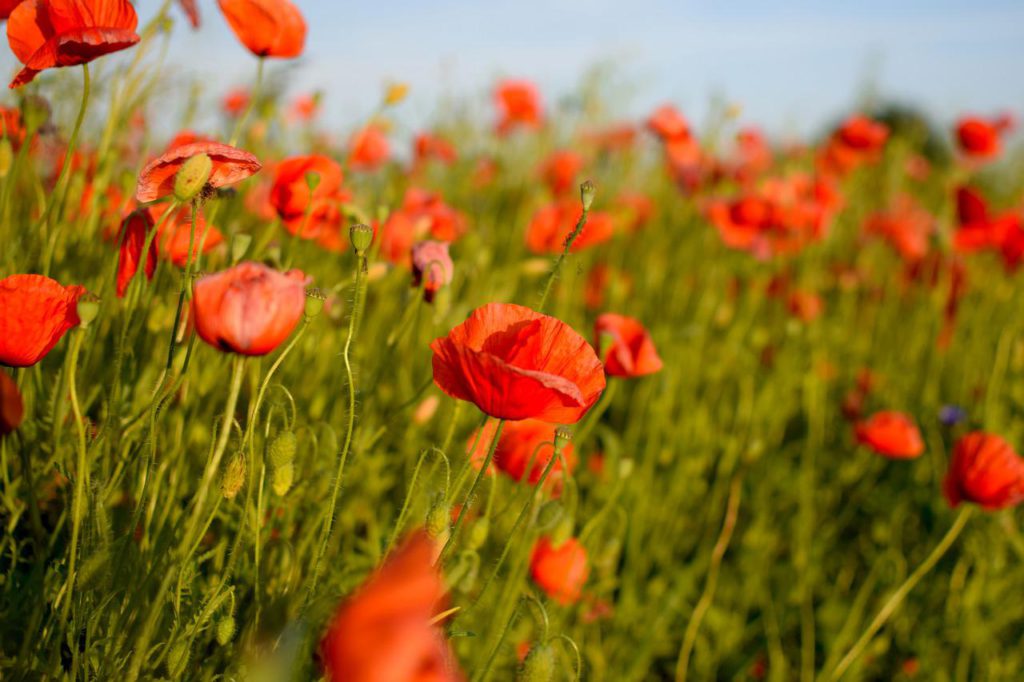 Here’s that poem, which is written from the voice of the fallen soldiers:

In Flanders Fields by John McCrae

In Flanders fields the poppies blow
Between the crosses, row on row,
That mark our place; and in the sky
The larks, still bravely singing, fly
Scarce heard amid the guns below.

We are the Dead. Short days ago
We lived, felt dawn, saw sunset glow,
Loved and were loved, and now we lie
In Flanders fields.

Take up our quarrel with the foe:
To you from failing hands we throw
The torch; be yours to hold it high.
If ye break faith with us who die
We shall not sleep, though poppies grow
In Flanders fields.

Now imagine being so moved by a poem that you feel compelled to write your own in response. Has that ever happened to you? I can’t say that has happened to me, but it did for a woman named Moina Michael.

Michael, a professor at the University of Georgia on leave to volunteer with the Young Women’s Christian Association (YWCA), penned a poem in response to “In Flanders Fields.”

She called that poem “We Shall Keep Faith” and vowed to wear a red poppy in remembrance of those soldiers who lost their lives in WWI.

We Shall Keep Faith by Moina Michael (November 1918)

Oh! you who sleep in Flanders Fields,
Sleep sweet – to rise anew!
We caught the torch you threw
And holding high, we keep the Faith
With All who died.

We cherish, too, the poppy red
That grows on fields where valor led;
It seems to signal to the skies
That blood of heroes never dies,
But lends a lustre to the red
Of the flower that blooms above the dead
In Flanders Fields.

And now the Torch and Poppy Red
We wear in honor of our dead.
Fear not that ye have died for naught;
We’ll teach the lesson that ye wrought
In Flanders Fields.

Professor Michael later went on to encourage the sale of red silk poppies to raise money to support returning WWI veterans in the U.S., but she wasn’t the first person to do so.

Across the Atlantic, a Frenchwoman named Anna Guérin had already been organizing people to make and sell silk poppies to raise money to fund the restoration of France after the war. Madame Guérin is credited with bringing the idea of the poppy as a symbol of remembrance to the United Kingdom as well.

Through the collective work of Guérin and Michael, the National American Legion voted to use the poppy as the official U.S. national emblem of remembrance in 1920.

In 1921 the British Legion took up the poppy as their symbol of remembrance. In relatively short order other countries began to adopt this symbol as well.

Today, the United Kingdom, Canada, France, Belgium, Australia, and New Zealand wear the poppy as a symbol of remembrance on November 11, which is Armistice Day. The United States uses the poppy not so much on Veterans Day (November 11), but mainly on Memorial Day. 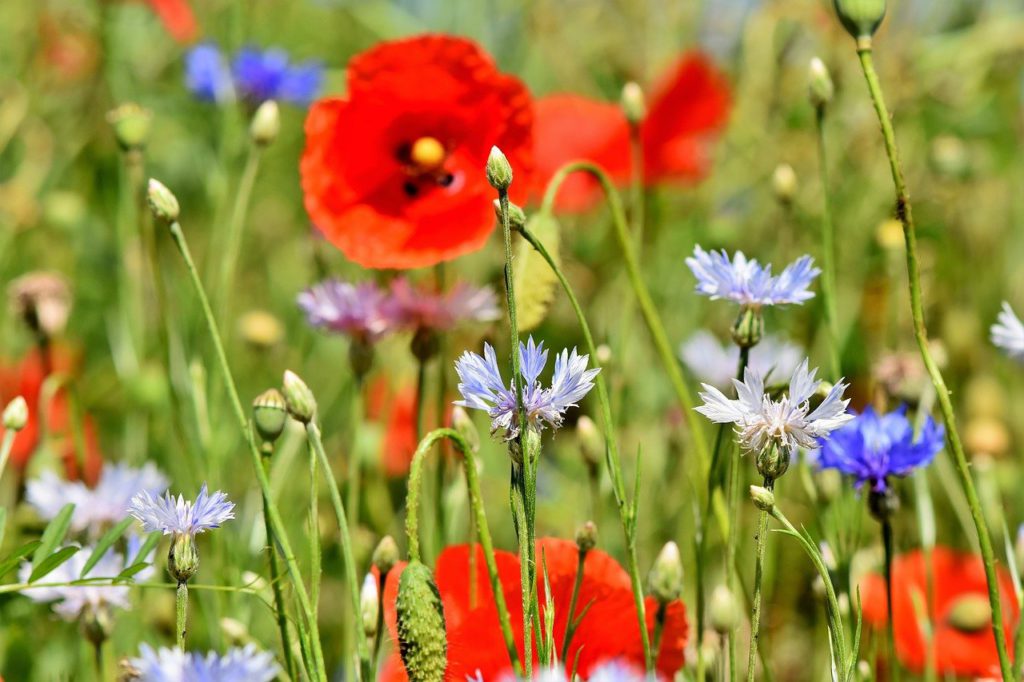 I hope wherever you are and whatever you are doing on this Memorial Day that you will take a moment to reflect on the blood that has been shed, the sacrifices made, and the people lost while serving in our country’s military at home and abroad.

I will be taking the rest of the week off the blog to spend with family and I will happily see you back here next Monday with a fresh, new blog post.

Thank you for being here today. I really like a theme, so here are some other posts you might enjoy that fit with today’s topic.

A Cemetery Dating Back to 1774 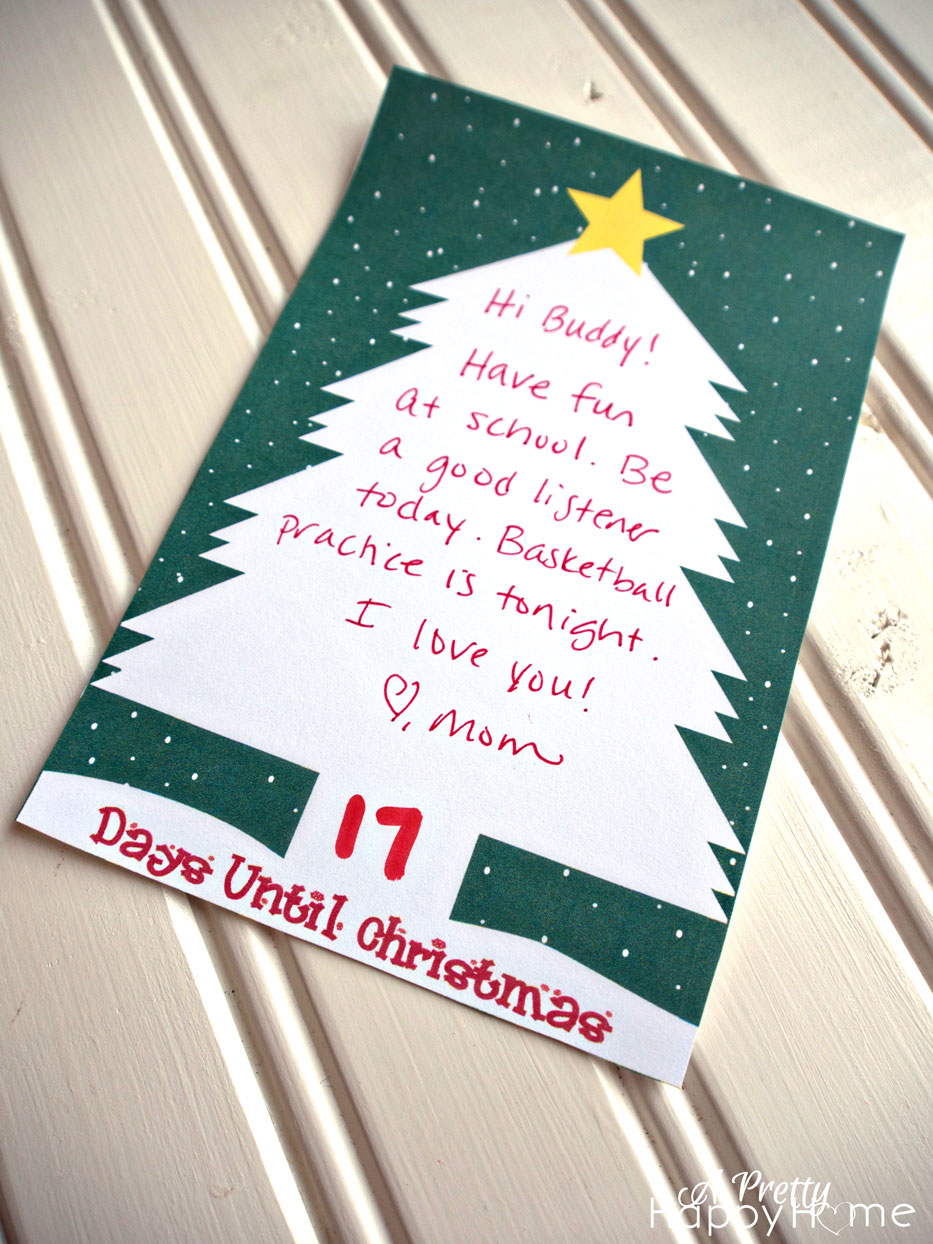 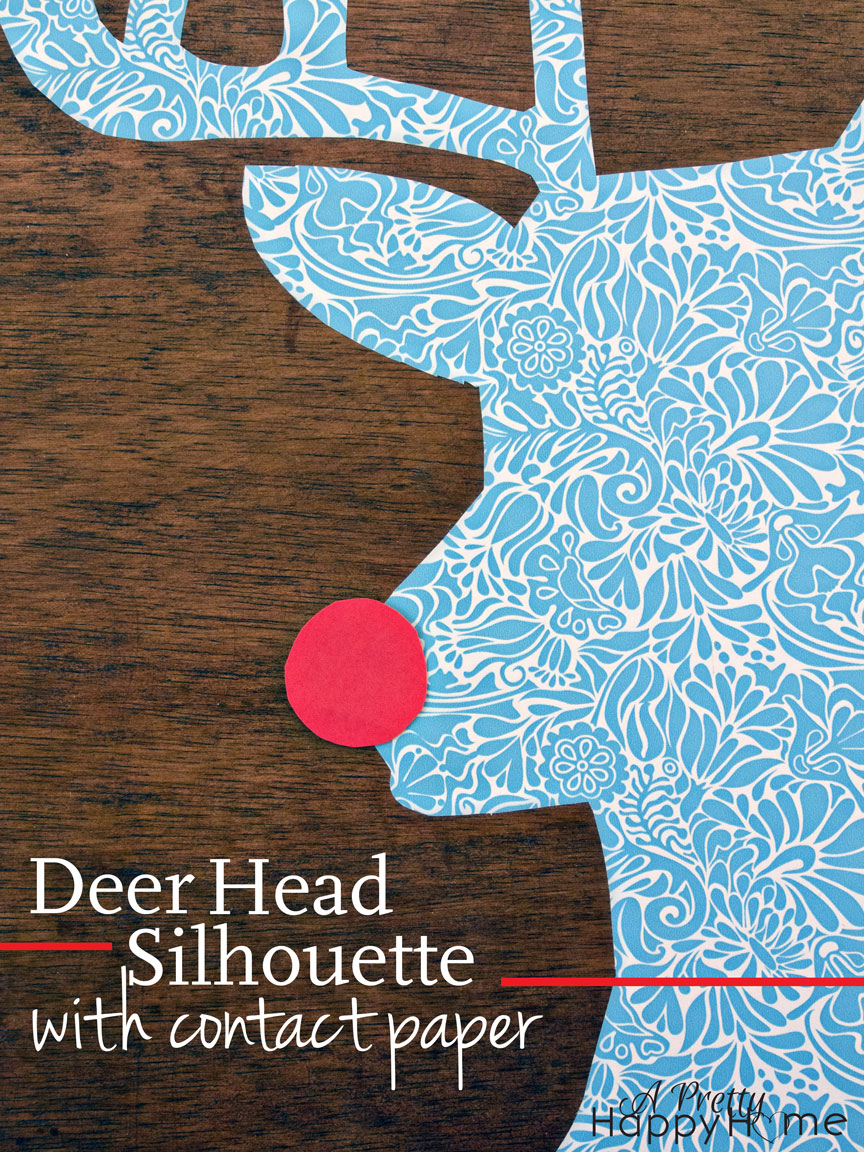 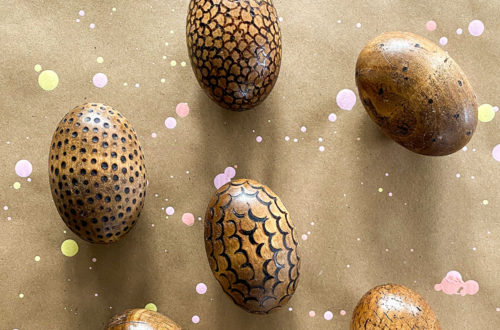 DIY Your Own Wood-Burned Easter Eggs