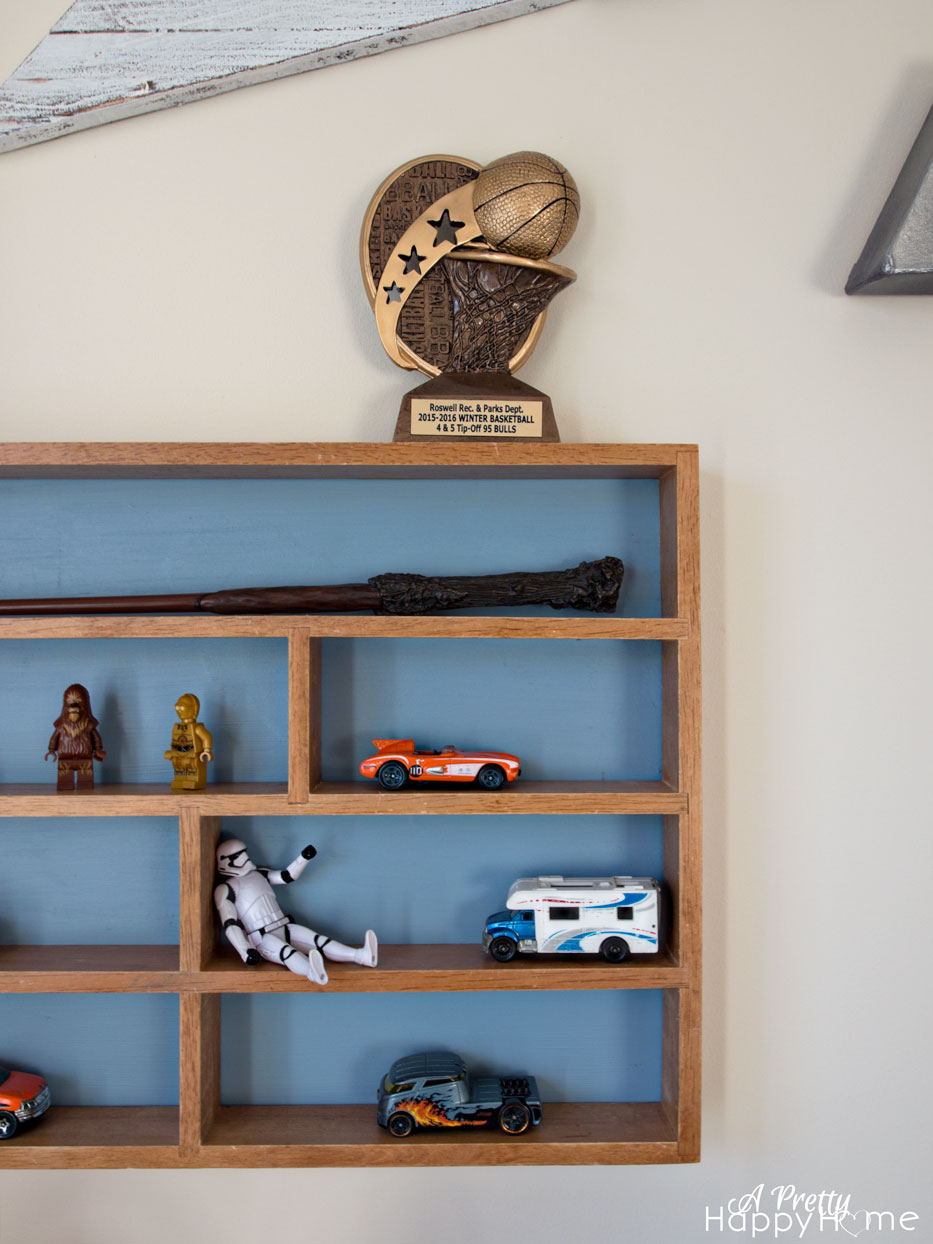 Our kitchen in Ireland has no shallow drawer to hold a silverware tray.

Instead of throwing the silverware tray away, it was still sturdy and useable, I decided to put it in a box and wait for inspiration.

Most of my good ideas, like this one, came to me in the shower. We’ll just stop there because I don’t want to scar your mind.

My idea? I could turn that silverware tray on its end and make it into a shelf. SHAZAM!

Then I did a little dance and almost slipped in the shower.

The first thing I did was notice how truly beat up and gross this silverware tray had become over the years. As a girl without a silverware tray, let me tell you, they are the unsung heroes of the kitchen.

Then I really realized how gross the tray had become. Ew.

After wiping the board clean I realized the staples had to come out. With a hammer, pliers and way too much time, I was able to liberate all of the teeny tiny staples from the board.

That white surface of the tray was designed to be nice and wipeable, which meant it was as slick as a roller skating rink.

I didn’t think paint would adhere very well to it, unless I was using a primer. I wasn’t. This was an “use what you’ve got” project. I don’t have primer or spray paint at the moment.

I flipped the board over and decided to use the back because it wasn’t a coated surface. In my stash of craft paints, I had a sample paint can from Ace True Value. The color was close enough to what I had in mind, so that’s what I used.

The paint did bring out some of the imperfections in the board, but I didn’t think they’d be noticeable once I’d reassembled my shelf.

I was going to call it good with the blue paint, but the wood frame looked pretty sad and beat up.

I didn’t have any stain, but I did have stain pen

in my stash of office supplies. That’s a normal thing to keep with the Sharpies and the #2 pencils, right?

My daughter and son both took turns touching up the finish on the tray’s frame. You can see how badly the silverware had dinged up the tray’s finish after years and years of use.

The last task was to reaffix the back of the silverware tray to its frame, which I did with a small bead of wood glue

Thankfully, the marks left where I removed the staples were hidden by the frame.

It would have been easiest to clamp the board to the frame, but Handy Husband got rid of all our wood clamps when we moved, so I used a bunch of books to weigh it down in place while the glue dried.

And here’s the finished result!

Right now my son has his Harry Potter wand, favorite Matchbox cars and Lego figures displayed on the shelf.

And the only reason I photographed his trophies is because we don’t live in that area any longer.

What do you think? Does it look like a silverware tray now?

Or does it just look like a knick-knack, shadow box type shelf?

No matter what the shelf looks like, it works!

On any given day, the knick-knacks might change, so my kiddo is having fun with it. I’m happy with how it filled in the space above his dresser. Now I wish I had another wood silverware tray to make a Shopkins display shelf for my daughter. Shopkins are right up there with Pokemon on the list of toys I don’t understand.

Guys! I figured out another way for my kids to store and display all their teeny tiny toys!

And some other posts for grins and giggles…

Would I Make it Again?: Cheese Tea 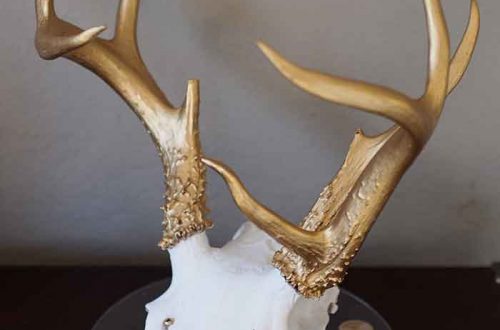 How to Mount Antlers on an Acrylic Base 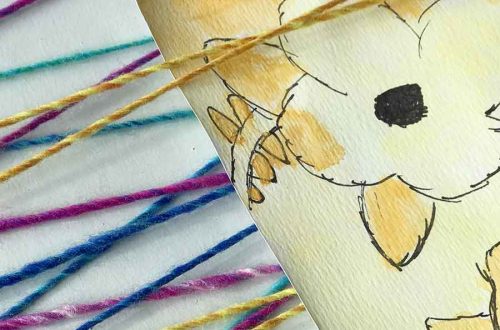 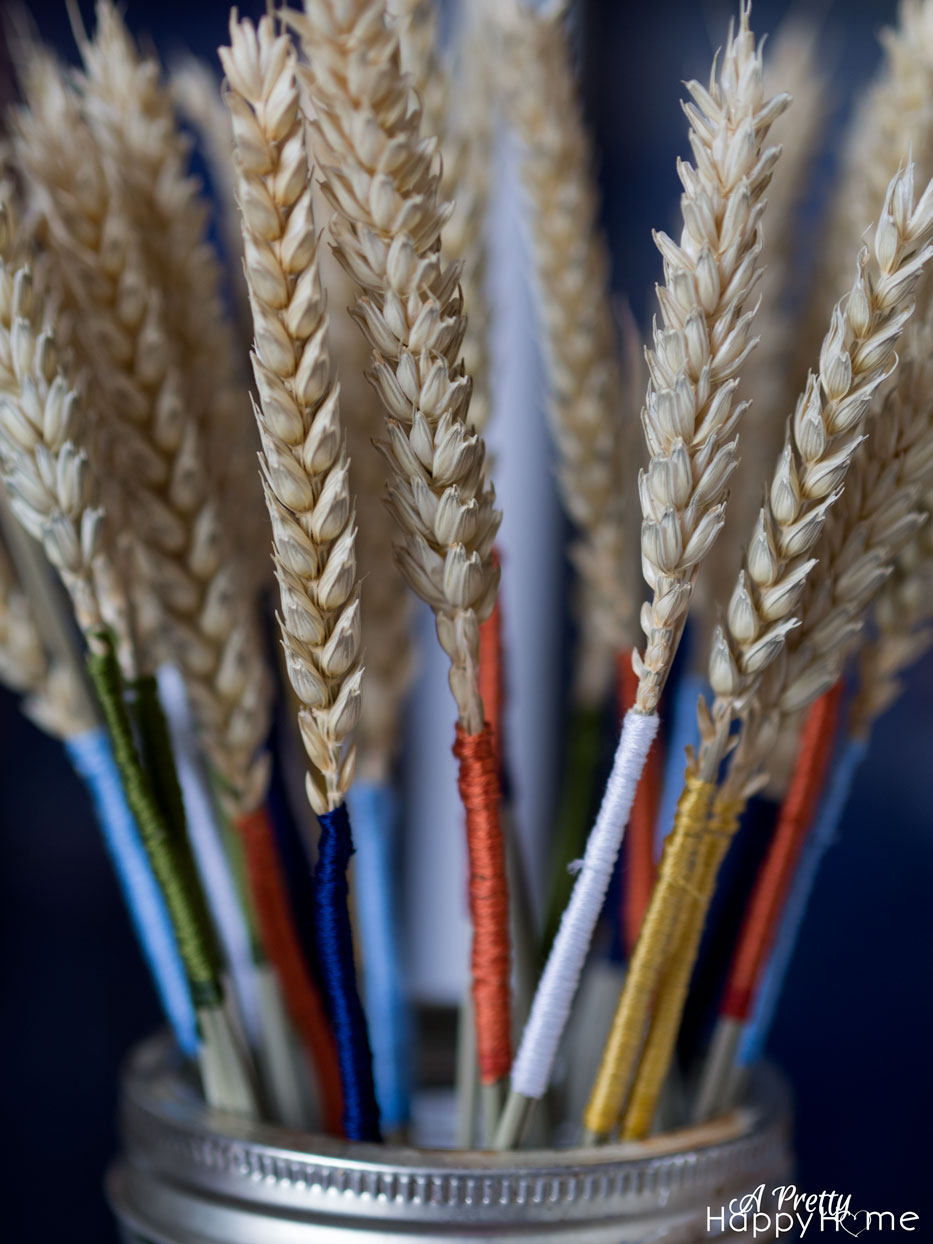