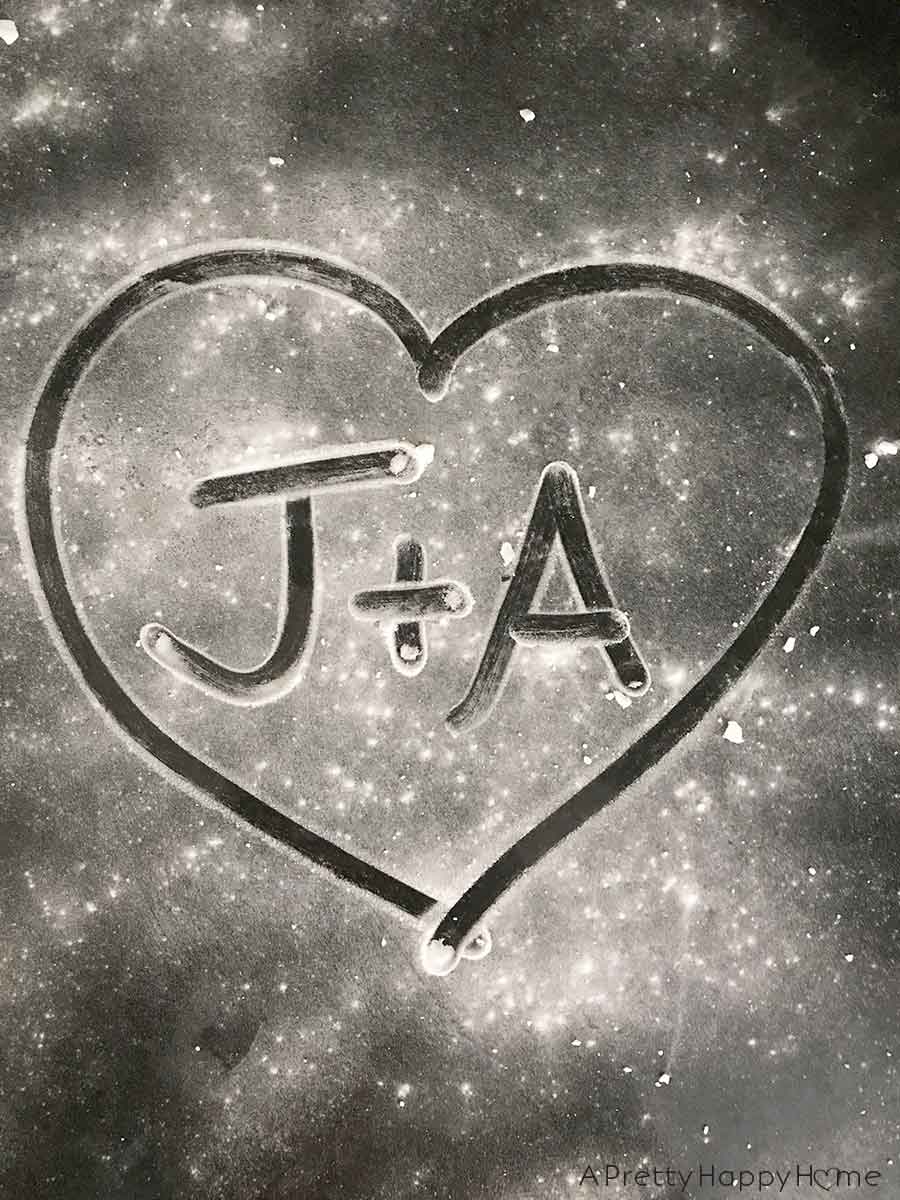 A friend messaged me last weekend and asked if I was doing anything fun.

I guess that depends on your definition of fun.

If fun means taking down the ugliest fluorescent lights in your kitchen before they actually fall out of the ceiling, then it’s practically been a party at our house. And I’m not joking about the part where one of them was falling out of the ceiling.

Taking down the lights meant that we had to deal with the world’s worst drywall job and, honestly, that hasn’t been so fun. Of all the home improvement jobs, drywall sanding is the thing I enjoy the least.

“No, kids. That’s not powdered sugar on your breakfast. That’s drywall dust! DON’T EAT IT!”

However, I am feeling pretty excited to not have to look at those ugly lights anymore. 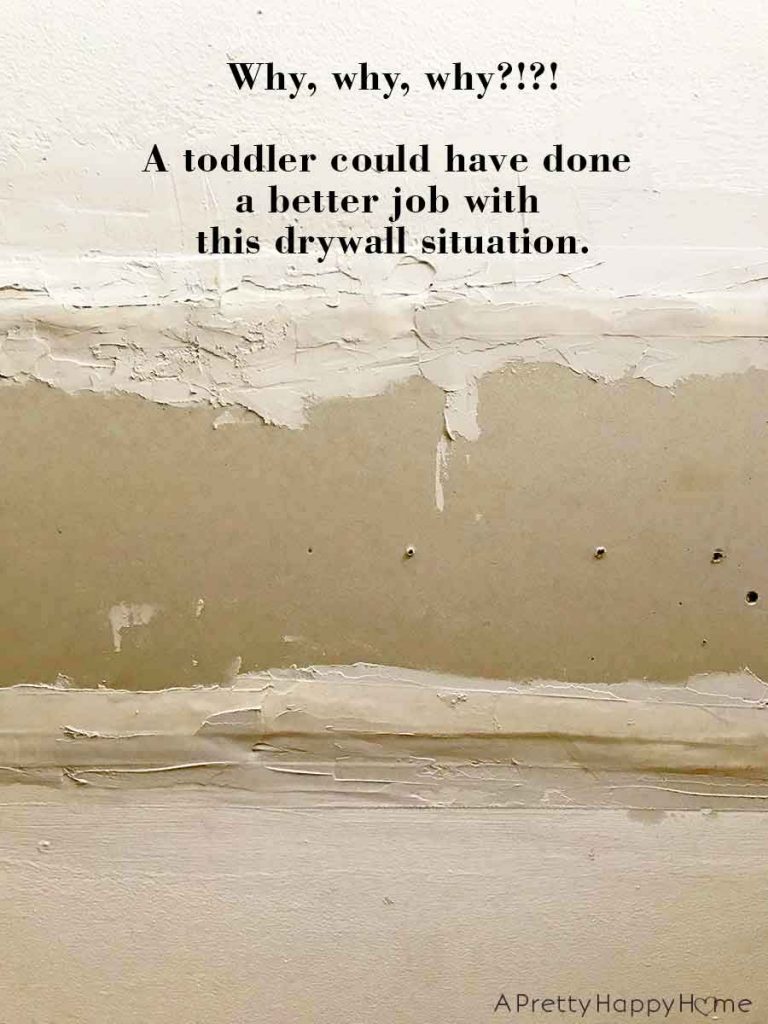 The morning after we removed the fluorescent lights I woke up to hear an odd scratching sound. That’s never a good sound to hear in your home. Either the Hook Man is coming to kill you or there’s a critter in your attic.

As I laid in bed trying to decide which scenario would be worse, I realized there was a third option in this Choose Your Own Adventure story.

Handy Husband was up at 5 a.m. on a Sunday sanding the drywall on the kitchen ceiling. He was sanding it by hand to try to minimize the dust, which was the scratching sound I was hearing.

Guys. We’ve been married for 20 years and I don’t think I’ve ever loved him more than in that moment.

First of all, I wasn’t going to die from the Hook Man’s hook. At least, not that day. Second, I didn’t have any unwanted houseguests in my attic. That was a relief. Third, Handy Husband was up early doing a task that I extremely despise and trying to do it in a way that would wreak less havoc on the rest of the house. If that isn’t true love…

So knowing that I was secure in my home and with the realization that DIY equals true love, I rolled over and went back to sleep. 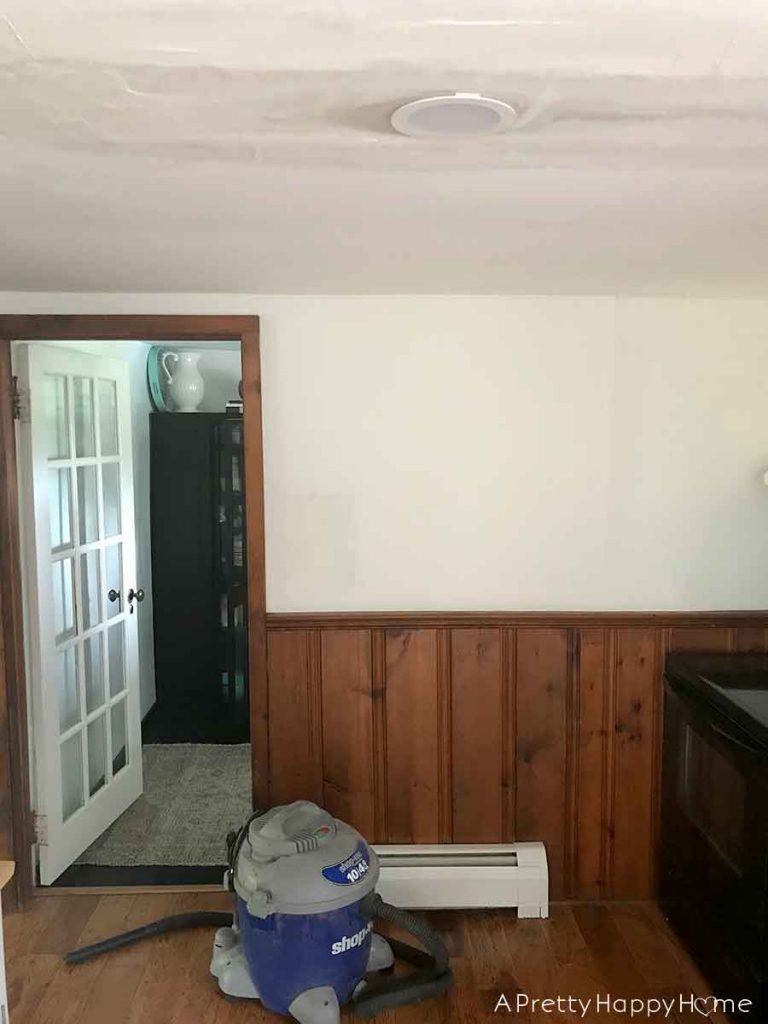 You thought the story might have ended a little differently?

Did you think that I was going to get up at 5 a.m. and go downstairs to help sand drywall? Maybe we’d draw our initials inside a heart in the drywall dust that blanketed the floor and every other surface in the kitchen?

Nope. No way. That’s not how this relationship works. And thank goodness Handy Husband doesn’t expect that from me.

Sure, DIY equals true love in this story, but I’ll happily express mine by cleaning up the drywall dust…at a more reasonable hour.

Plus, I like to wait to get up until Handy Husband makes the coffee. He’s either sweet that way or he needs caffeine just as much as I do. I’m choosing to go with sweet.

The coffee that morning was a little gritty, but I’m sure it was fine. If the Hook Man hasn’t killed me, I’m sure a little drywall dust in my coffee won’t get me either.

We won’t dwell on it.

P.S. Instead of traditional recessed can lights in the kitchen, Handy Husband installed 6-inch direct ceiling mount LED lights made by HALO. I think they look very similar to recessed lights. We got ours from Home Depot. This light doesn’t need a can and he used the existing ceiling light wires to connect them. It was a great solution for our particularly low ceiling situation. The lights are each the equivalent of a 75-watt bulb and cost around $27 each. This particular brand allows you to set the color of light you want from 2700K to 5000K. And get this – these lights are supposed to last 22 years with 6 hours of usage per day. At the risk of stating the obvious, THAT’S A LONG TIME!

P.P.S. I wrote this story after I’d cleaned up all the drywall dust. Then I decided a photo of our initials in a heart would actually be fun for this post. There was NO WAY I was going to intentionally spread drywall dust around AGAIN. So I created a heart photo using baking soda. And then I had to clean up baking soda off the counter. It didn’t seem so fun then, but now you know my level of dedication to this blog. Also, question everything you see online. Not everyone will tell you about their adventures with baking soda photos.

Well, this has been illuminating? Fun? It’s been something, alright. Here are some other posts that might be food for thought.

That Time My Son Broke a Window 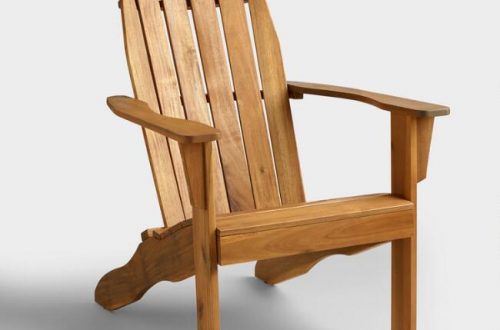 Which Adirondack Chairs Should We Build? 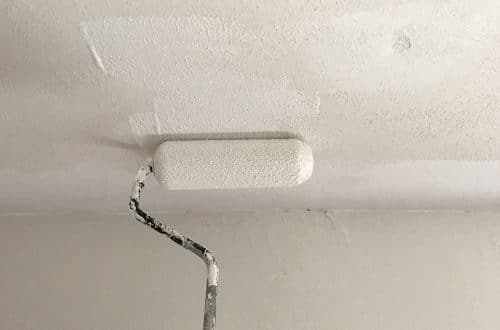 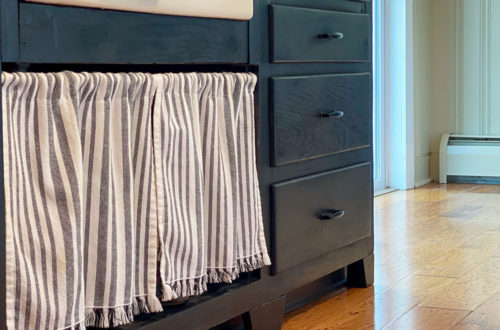