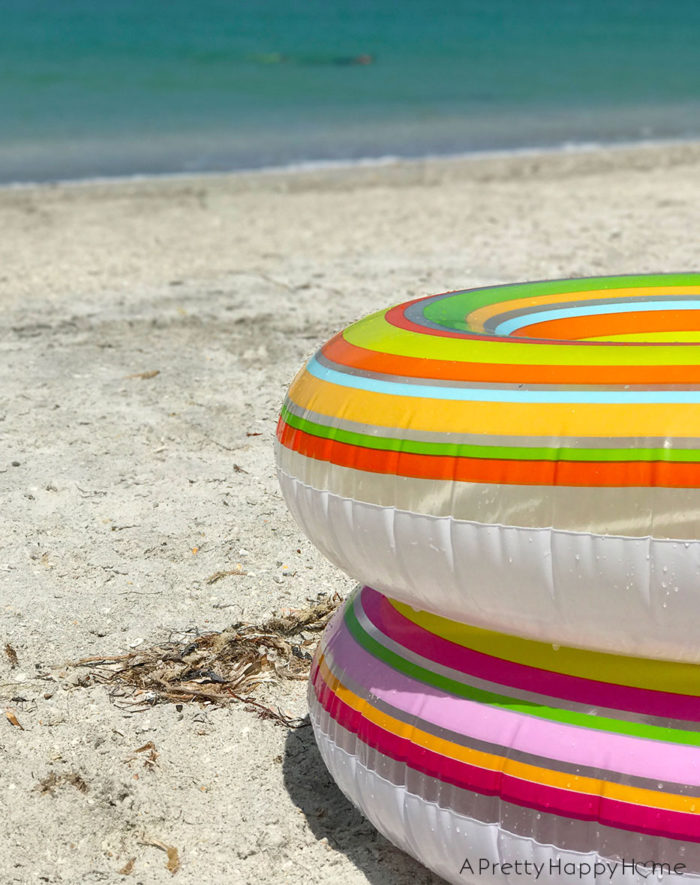 Editor’s Note: I originally wrote this post 3 years ago. However, I’ve been trying to spend less time on my phone lately. Or at least be more intentional with the time I do spend on my phone.

So far, the least amount of average time I’ve spent on my phone per day is 2 hours. Most of that is work-related, but plenty of it is simply idle scrolling, which doesn’t bring a whole lot of added value to my life.

Since this topic has been on my mind and there are a whole bunch of new readers in the last 3 years (thank you!), I thought it would be a good time to revisit this post about the magic of putting down the phone and living in the moment. Enjoy!

We can document the fantastic and the mundane all we want. I can’t tell you how many pictures I have of the inside of my children’s noses just because they used my camera phone for 4.7 seconds while I wasn’t looking. I especially love the videos they make of their noses when they think they are taking a picture.

Don’t worry. I won’t show you pictures of that. How about a nice sunset instead? 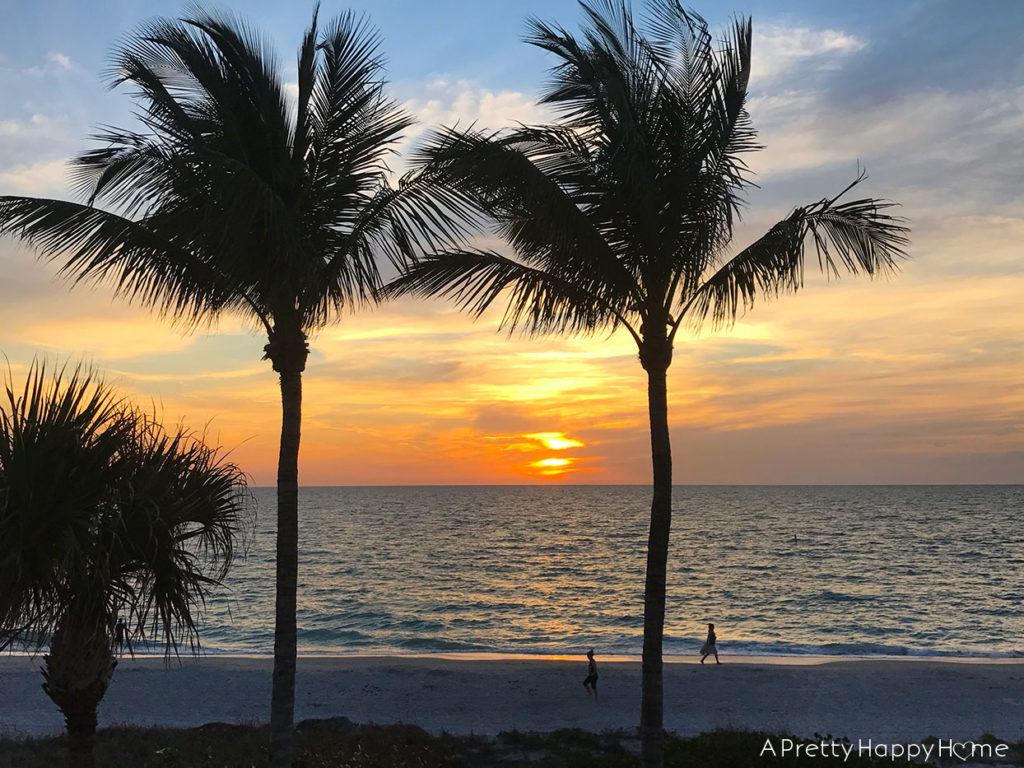 Here’s a story of a recent time I wished I had a camera, but didn’t. THE HORROR!!!

You can imagine how that worked out.

We didn’t have fancy dry bags with us to protect our phones – clearly a necessity. Time on the water was just that – time to enjoy, truly enjoy, being on the water. Emphasis being ON the water, not IN the water. If we were lucky. 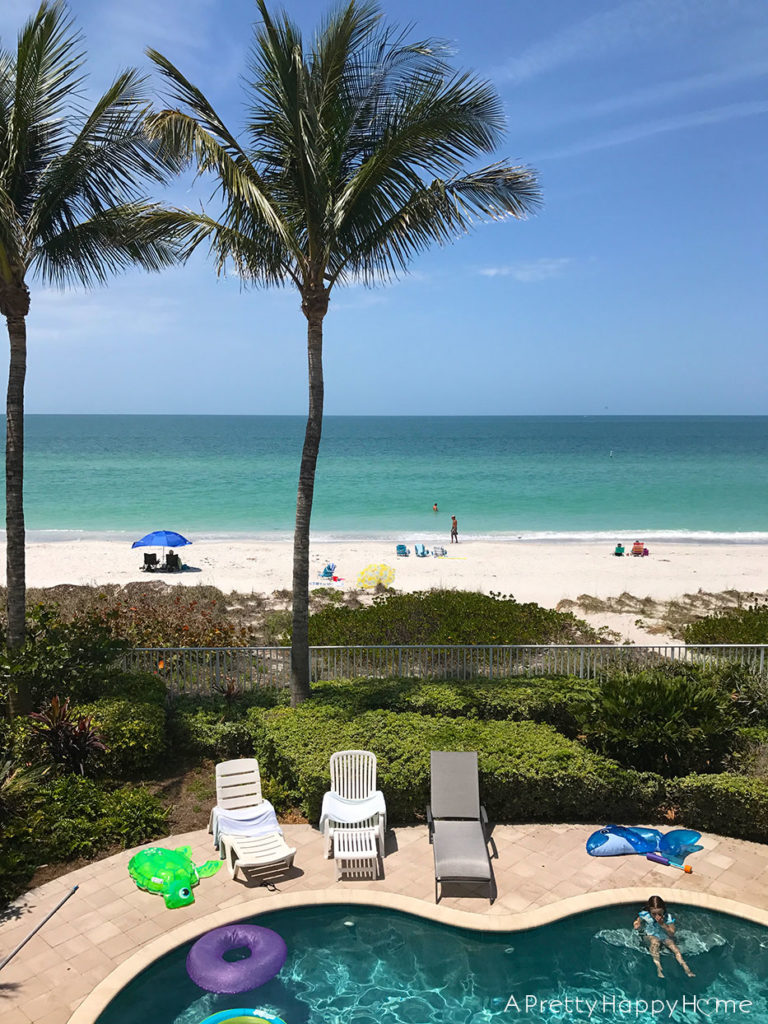 The first morning out, Handy Husband and I were paddling up the coastline just inside the swim bouys and I thought I saw a fin. EEK!

Thankfully, they weren’t shark fins. Were you worried?

They were dolphin fins.

The dolphins were taking a leisurely swim up the coast. So leisurely that Handy Husband and I were able to catch up to them and follow their journey for about 15 minutes. They’d dive under the water and several seconds later surface. Each time we could hear them blowing the air out of their blowholes.

At one point, as the dolphins started to swim farther out to sea, we passed them and they were probably 8 feet from our boards.

We weren’t trying to get that close. It was just hard to keep track of the dolphins when they went underwater. I have no doubt they knew where we were, but they didn’t seem particularly concerned with us.

Except I was yelling it so that Handy Husband could hear me over the roar of the ocean. He just kept nodding like, “Yeah, I get it, I get it. You can calm down now.”

I’m not easily impressed anymore. Perhaps I’m even a bit jaded, but this experience…words – even those shouted across an ocean – don’t do it justice. 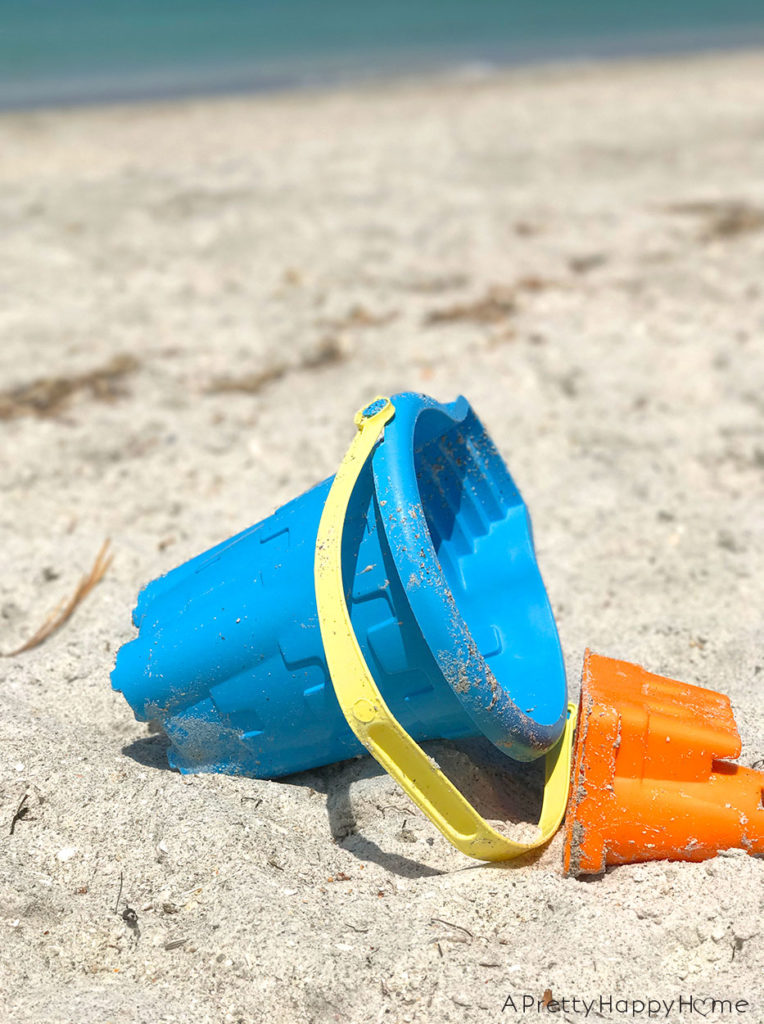 The next morning I practically poured the coffee down Handy Husband’s throat to hurry him out the door to the beach. I was pretty sure our next paddle session would be a bit of a letdown compared to yesterday’s, but I had to get out there to see what the ocean had in store for us.

I was hauling my board toward the again calm water when a couple walked past me and said, “There’s a manatee out there, if you hurry, you can catch up to it.”

Basically, there’s no way this was happening again and no way I was going to a) catch up to a manatee and b) find a manatee in this big, vast ocean.

But, people, that’s exactly what happened. Honestly, it was even cooler than seeing the dolphins. And we all know how I freaked out over the dolphins! 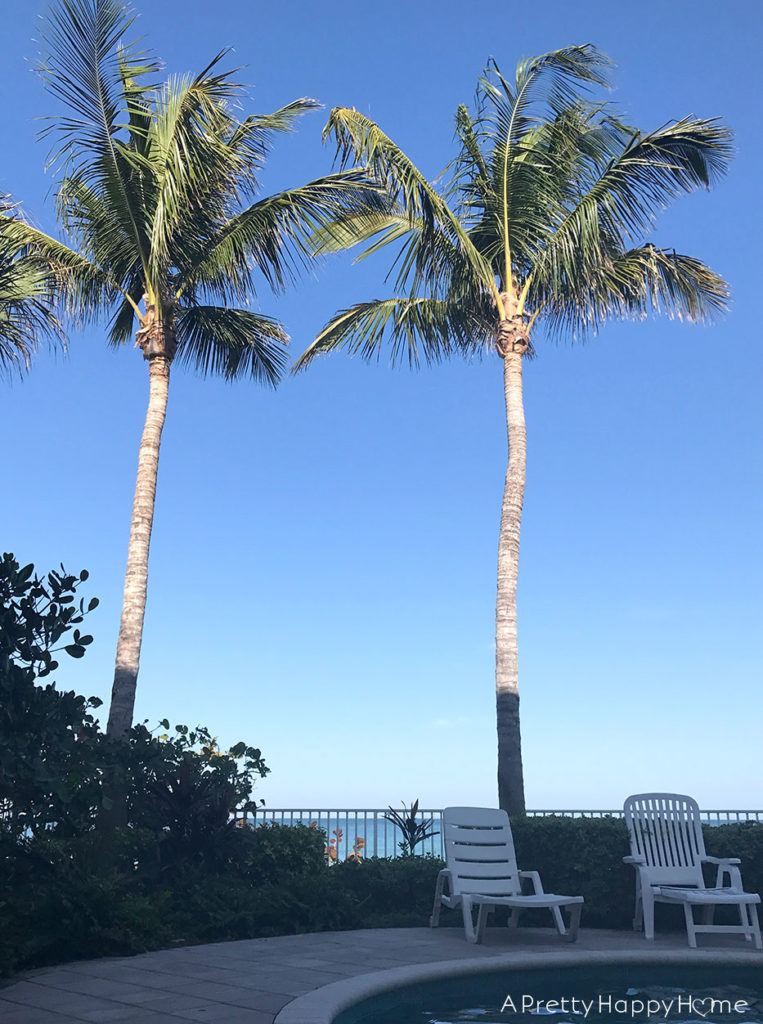 We caught up to the manatee, which was also taking its sweet time swimming up the coast. It would surface and dive similar to how the dolphins did. We paddled behind it for awhile and then we lost it. It was gone.

Just as I was sure that was the last I’d seen of my new friend, the manatee, I paddled over a really long, wide, dark shape.

Yep. I paddled right over the manatee. There aren’t enough exclamation points!!!!!!

I almost peed my swimsuit.

Then the manatee surfaced literally 3 feet behind my board. I could see its whiskers!

I didn’t know what to do. I’m yelling at Handy Husband to make sure he’s seeing this. He is, but what can he do? Nothing. Nothing but watch the spectacle unfold.

The manatee went under the water again and I was so scared it was going to come up under my board, that I dropped down to my knees to hold on. That probably wouldn’t have helped, but it seemed prudent at the time.

Manatees are gentle, plant-eating creatures, but I’m confident I don’t want to fall on top of one in the wide open ocean. I don’t even like it when seaweed touches my leg.

After a few seconds of “WOAH, WHAT’S GOING TO HAPPEN” the manatee surfaced far enough away from me that I felt comfortable getting back up and resuming my paddling.

I think the manatee and I made a connection after that encounter. A bond, if you will.

As if saying goodbye, the manatee surfaced one more time within a paddle’s distance of my board, causing me to freak out again, before disappearing into the ocean and swimming away.

At this point, we were a 30-minute paddle away from our beach house and I rode that adrenaline high all the way home.

And for the second time in two days, I returned to the house yelling “BEST DAY EVER” to all of the groggy-eyed adults and kids present. I think they secretly liked it when I woke them up this way. We all love smug exercise people before we’ve had our morning coffee, don’t we???

Did I wish I had a camera with me both days? Oh, you bet I did. I was so glad Handy Husband was with me. No one would have believed me otherwise that we had two incredible encounters in two days with sea creatures. Plus, I really wanted to share the experience with my kids! Now all I can say was, “you had to be there” and “the early bird gets to see dolphins” and “Na-nana-naa-nah!” and other annoying things like that.

On the third day out, I was pretty sure the only thing left to see was a unicorn. I’d already been incredibly lucky right? How much luckier could one person get? Unicorn lucky.

But, alas, my luck had run out. For the remainder of our trip there were no unicorns, no dolphins, no sharks, no turtles, no manatees. We didn’t even see a fish!

And I thought to myself every darn day, “Why do people paddle board? My arms are ACHING! This is hard!”

But I wanted to paddle with the dolphins and the manatees! I hadn’t seen a unicorn yet!  *insert a toddler-sized foot stomp here* 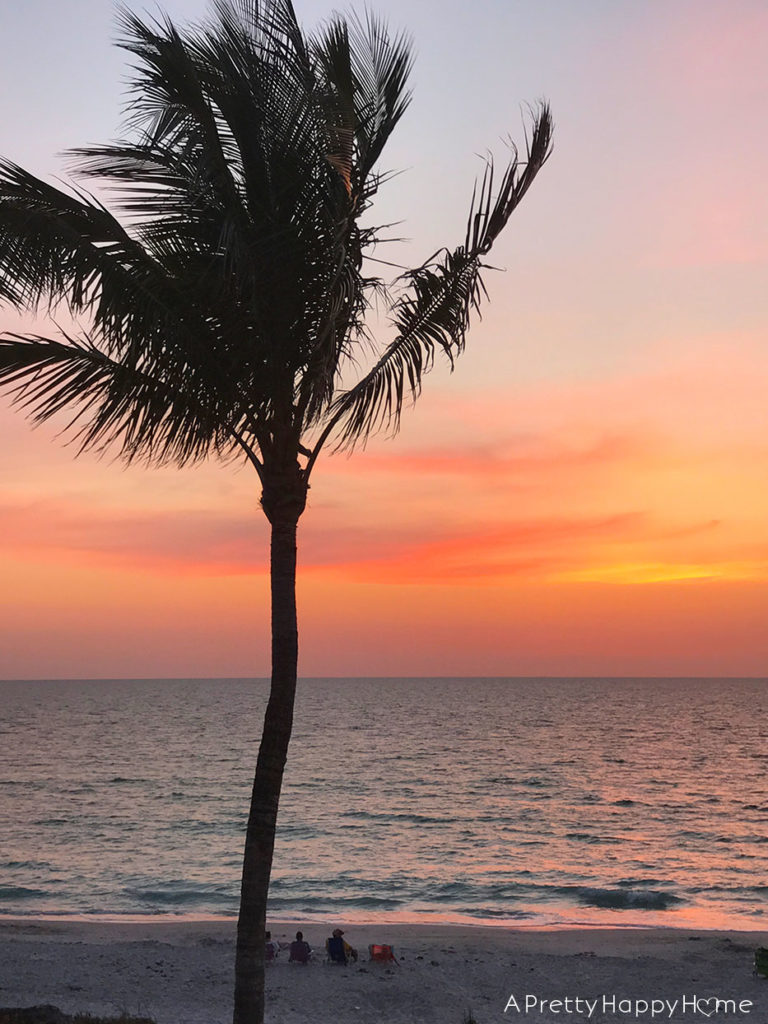 I’ve had time to reflect on this whole paddle boarding experience. It’s an interesting metaphor for marriage. Didn’t know I was going there? Me either when I started writing this post.

Hear me out. The totality of this paddle boarding experience, much like a healthy marriage, was not perfect, but it is something you’d never want to miss out on.

Of all the people on the planet, I was out there with the one person I’d chosen to spend my life with. The one person I continue to choose and who chooses me back. Sometimes it’s exciting and sometimes it’s routine. Sometimes it’s hard work and the wind is blowing against us. Sometimes disaster strikes and we have to figure out how to survive. Sometimes we’re giddy with excitement because we can’t believe THAT just happened.

Even if I could document the experience with a camera, it would never capture the whole story. That’s why comparing our lives to someone else’s is just silly. I can tell you about it, and you can probably relate, but you won’t ever really get it. Because it’s unique to us. You weren’t there.

And every day, without any guarantees of what lies in store, we choose to get up and do it again.

I know I am incredibly lucky and blessed. I daresay, unicorn lucky. More and more, I realize it is not stuff or status or the trappings that matter. It is the moments, the experiences, the relationships that I value the most and that make me the happiest.

Did you know? A manatee grazes up to 8 hours per day. (Jealous!) It can eat up to a tenth of its weight in 24 hours, which it needs to do to maintain its svelte 440 – 1,300 pound frame. More fascinating information about manatees can be found here.

Do you have any living in the moment stories? While you are thinking about that (and I hope you tell me what they are), here are some other posts you might enjoy.

You Know You’re a Farmer’s Kid When… 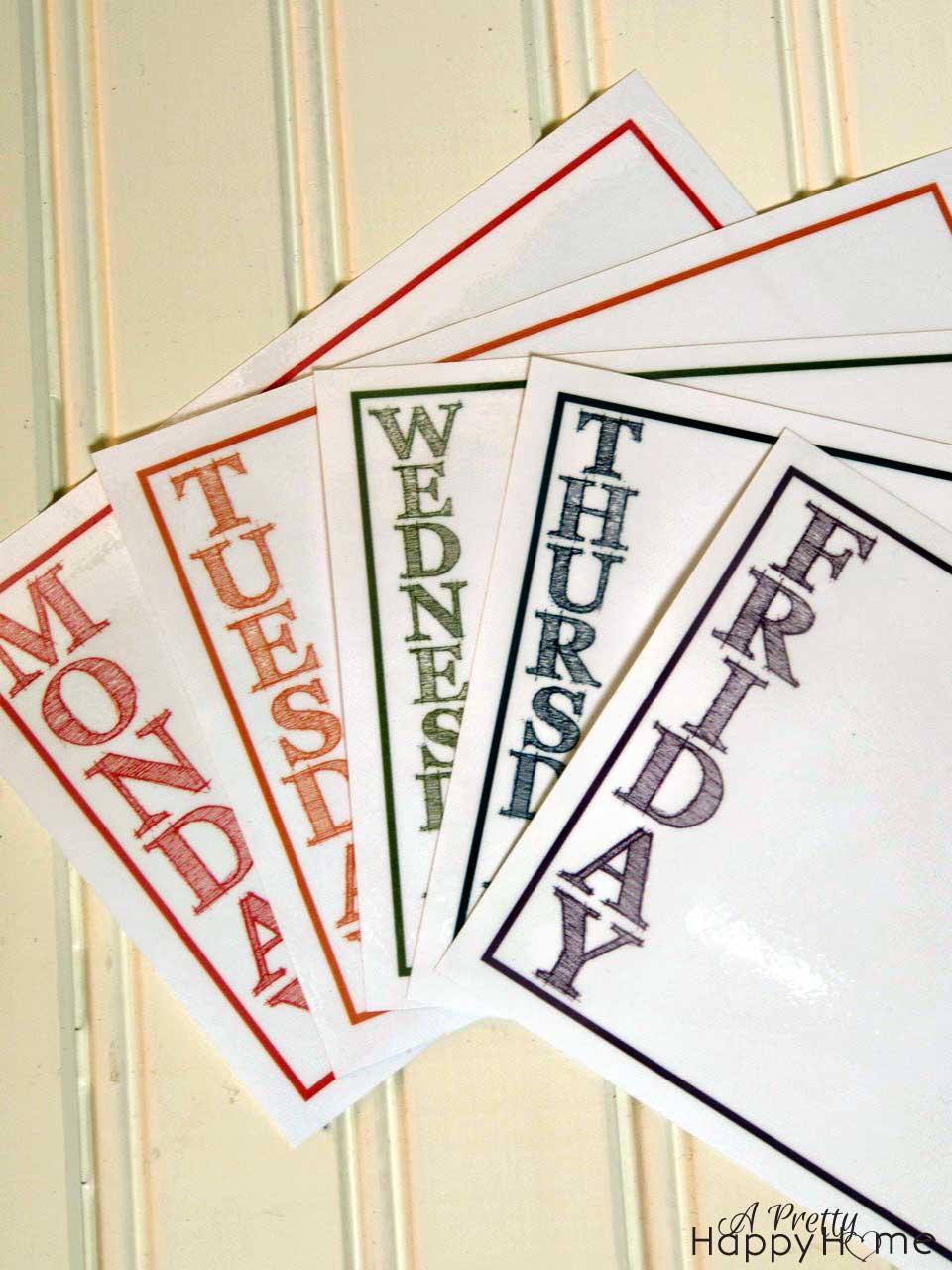 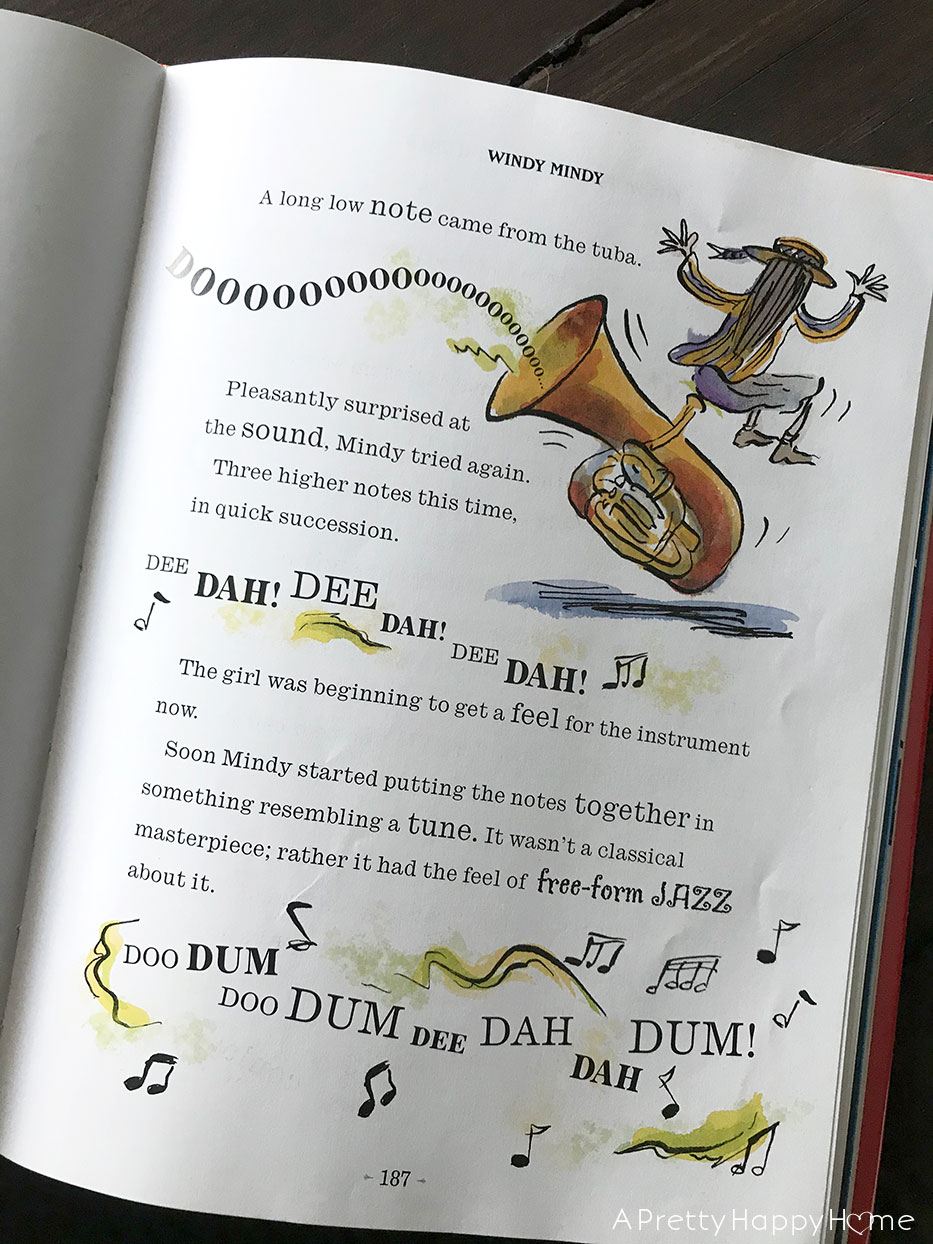 Books My Kids Are Reading Part 7 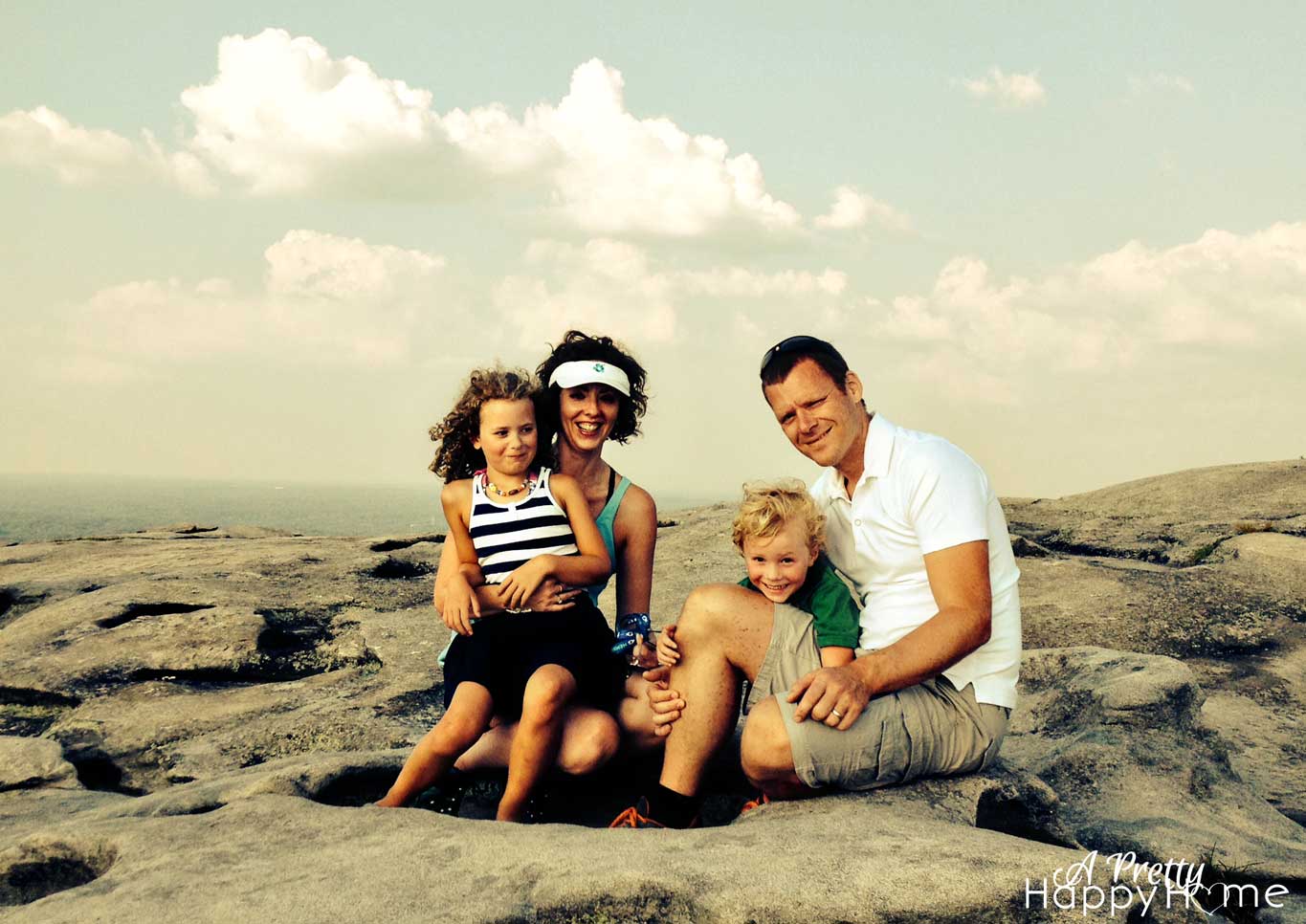