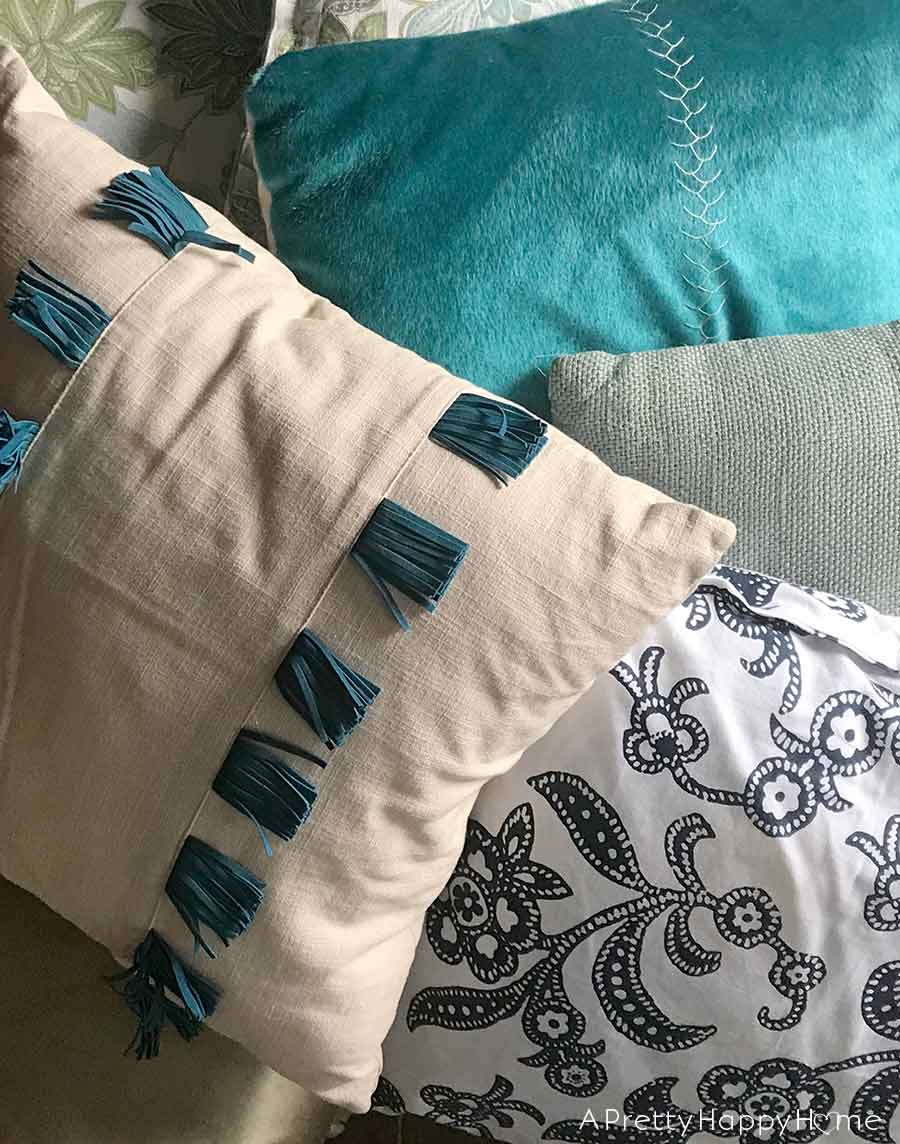 Slap on your party hats because today is an important anniversary.

I am celebrating one year without throw pillows!

Yes, I know it’s a weird thing to celebrate.

I am a little weird though, so just roll with it!

I’ve also been harboring a grudge against throw pillows for the entire time that I’ve been on Team Throw Pillow.

See, I think the main purpose of throw pillows is to look pretty on a couch, chair or bed.

Everyone else in my family disagrees.

When throw pillows are used as actual pillows, or as cushions, or as walls for a fort, or as stepping stones in an imaginary game, they get dirty and wrinkled and lose their shape.

And I don’t like picking throw pillows up off the floor and fluffing them every. single. day.

Not in this season of my life. 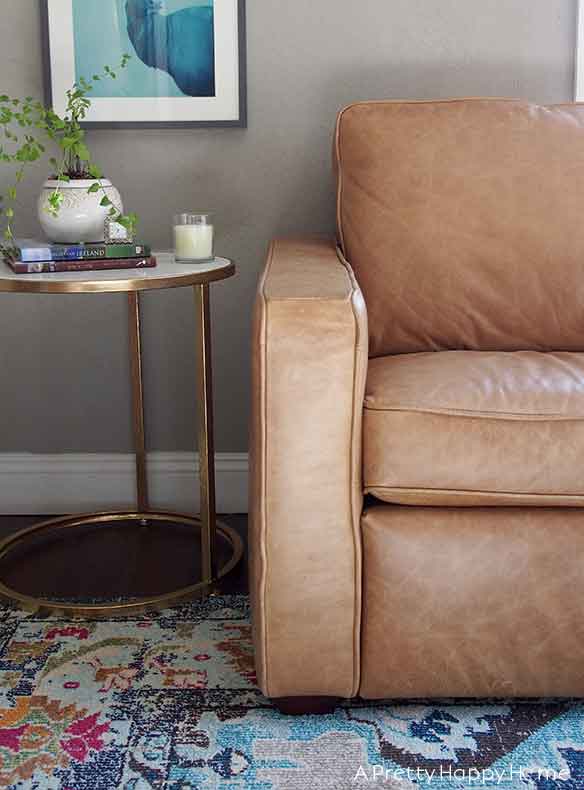 When we moved into this house I had throw pillows, but no furniture to sit on. That’s totally backwards, I know. You can read why here and here.

While I waited to purchase a couch, I tucked my throw pillow collection away in a kitchen cupboard. Which cupboard? That annoying one above the refrigerator that no one can reach unless they are 7-ft. tall. I had extra cupboard space and it seemed like a good place for them at the time. 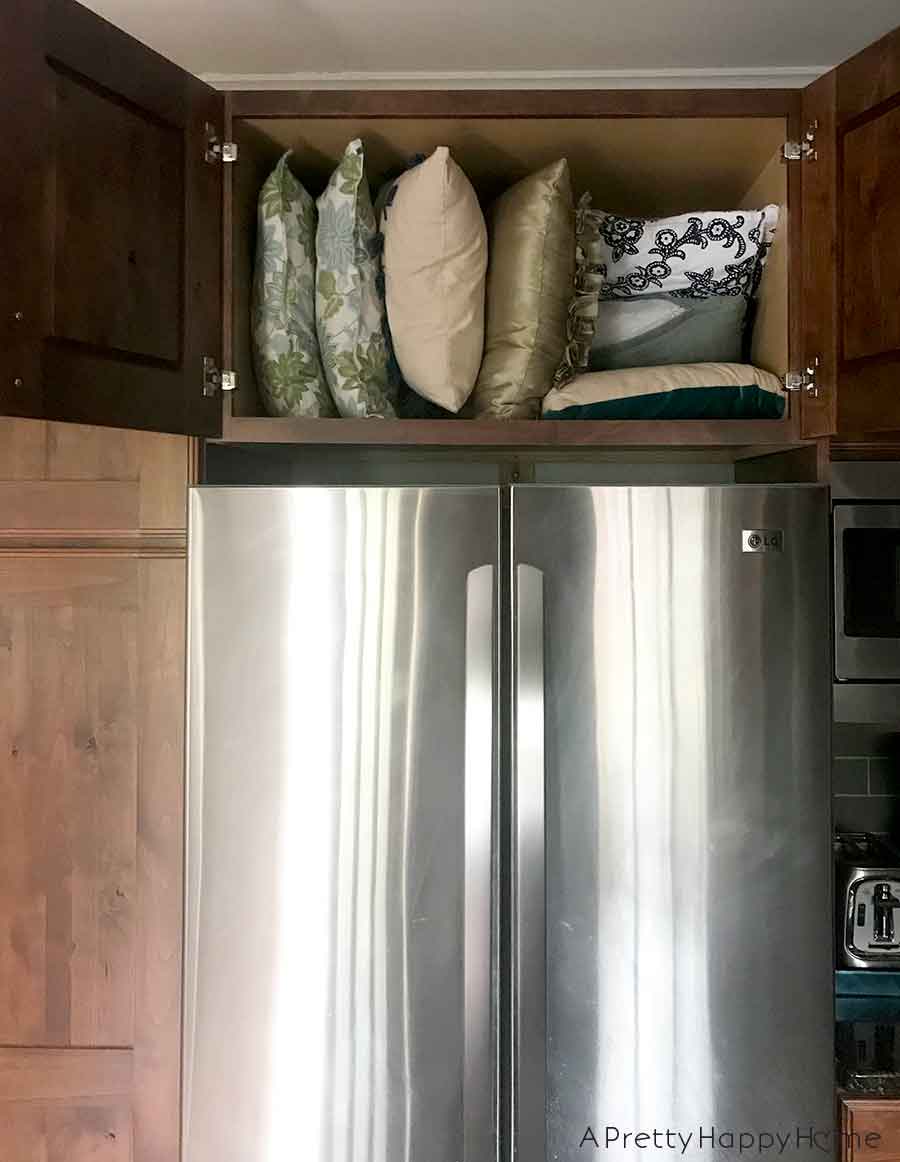 I thought I might pull the throw pillows out and make use of them after our couch arrived, but I didn’t.

The truth? I didn’t miss them and no one else in my family seemed to miss them either.

I was just waiting for Handy Husband to say, “Do you know what this house needs? Throw pillows. MORE THROW PILLOWS!”

But he never did.

Plus, I didn’t think our new couch needed throw pillows to make it look prettier. So the pillows remained tucked away in the cupboard. 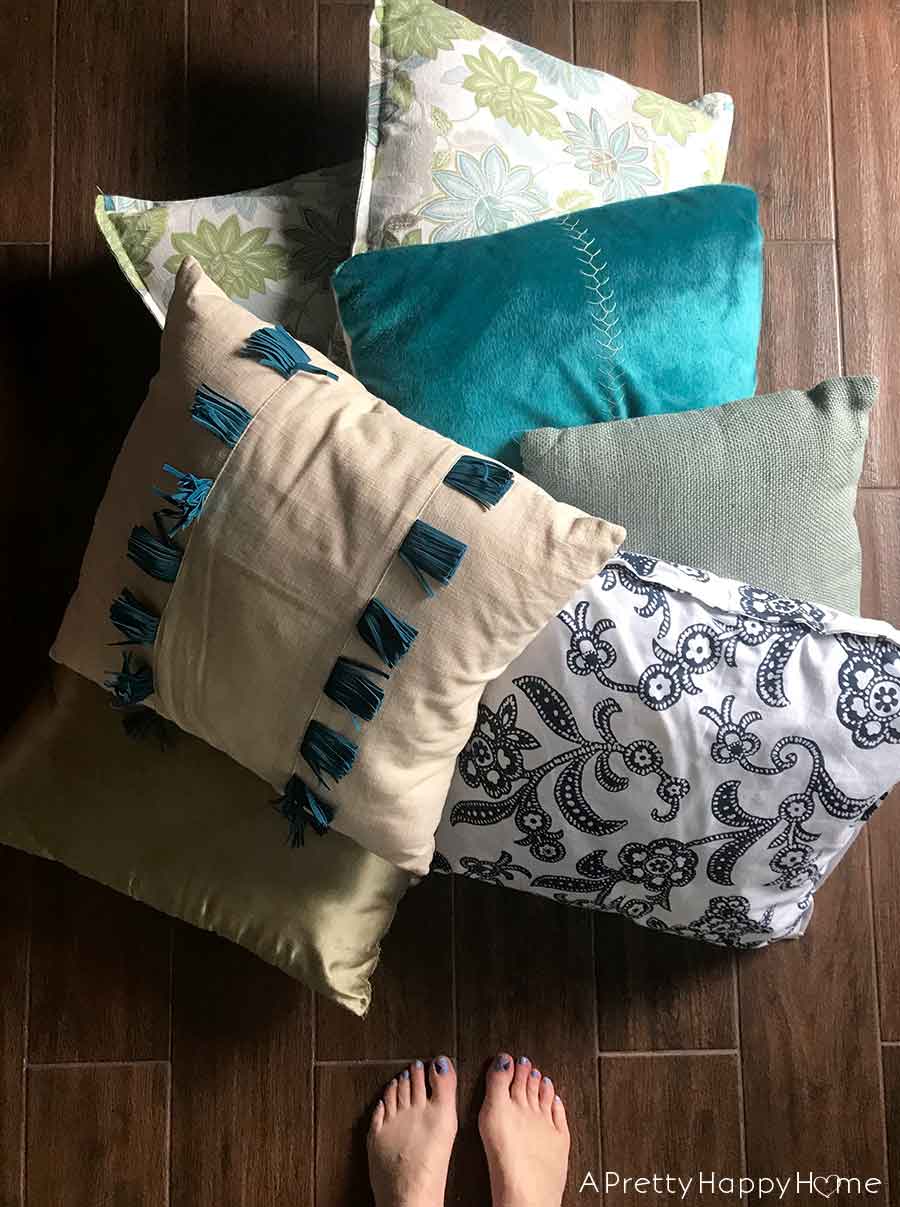 Now, if you come over to my house next year and it looks like I’ve started a throw pillow factory, just roll with that too.

It feels good to embrace the season of life I’m in. To simplify where it makes sense to simplify. To remove minor annoyances, so I can focus on more important things.

Until then, my collection of throw pillows (minus a couple of pillow covers) is being donated and maybe someone else will make better use of them than I have for the past year.

Except for the ratty blanket one of my children dragged around for years.

P.S. Still loving our leather couch from Amazon’s Rivet line. This one

If you enjoyed this post, you must be a rebel too! Here are some other posts you might enjoy.

That time I tried to figure out how to make a new cushion for a rattan swivel chair.

That time my kiddo painted the cutest place card holders.

That time Handy Husband made the grossest looking, but most delicious potato salad.

*affiliate links in this blog post. over and out.* 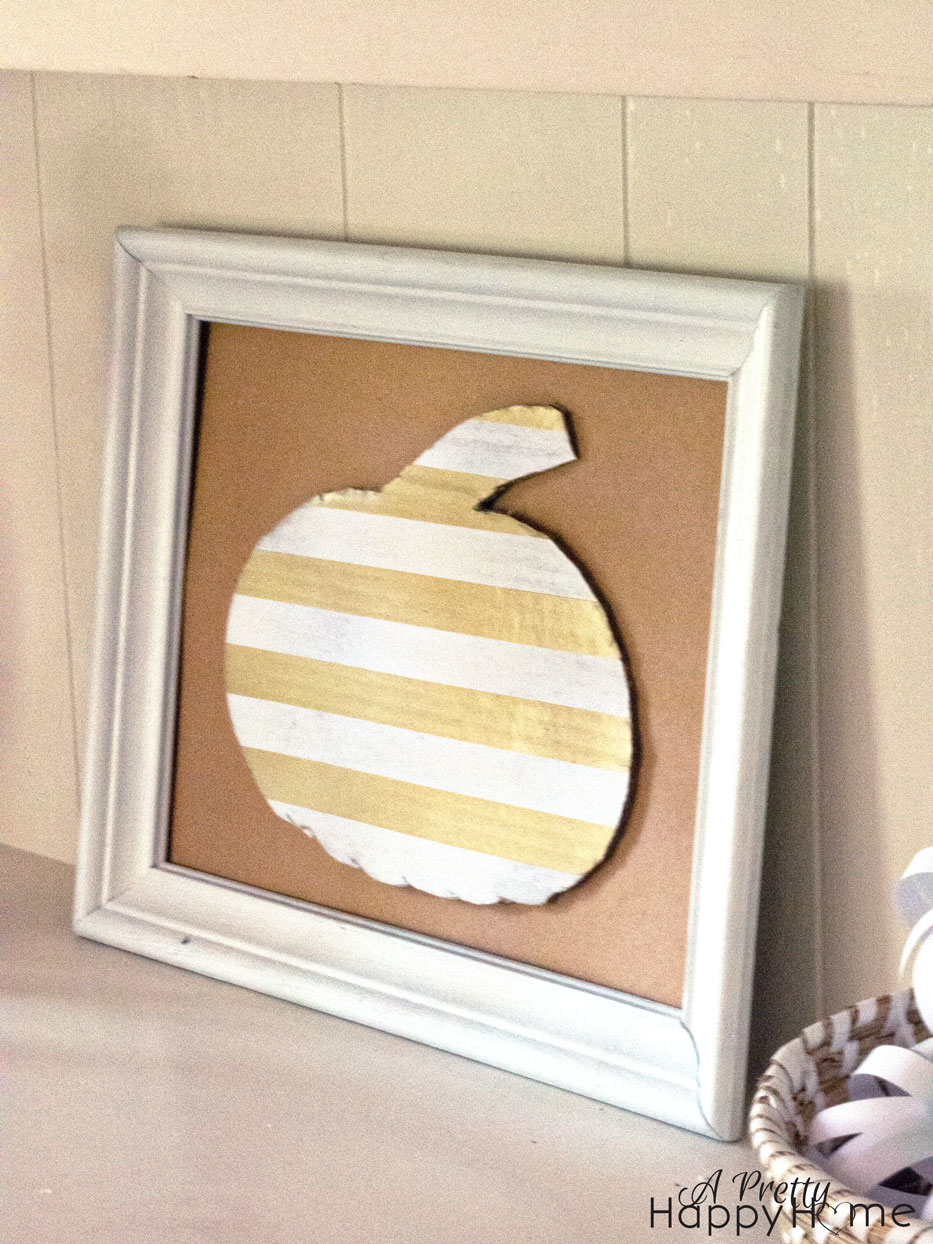 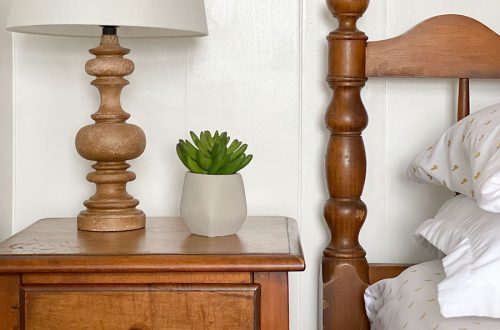 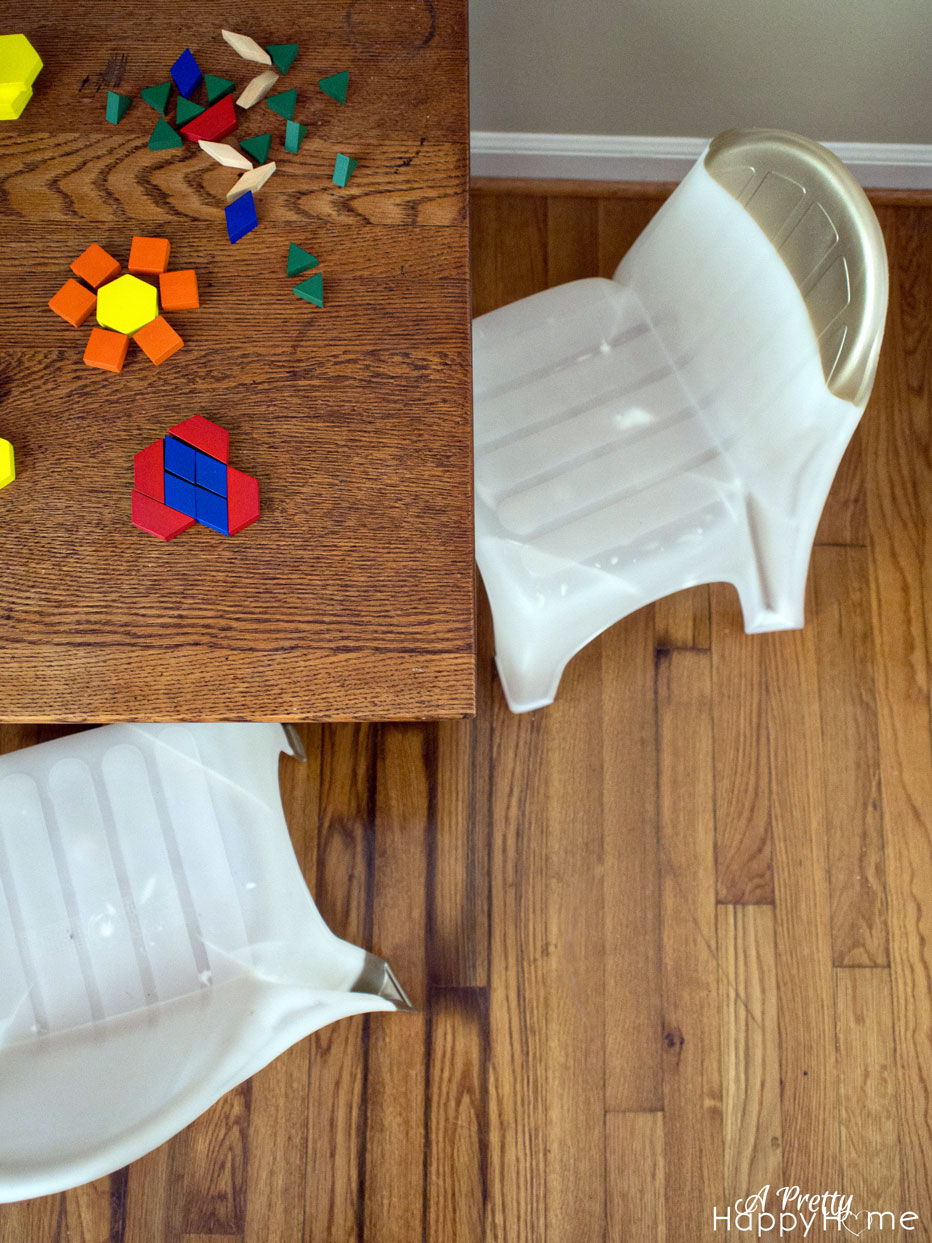 Kid Chairs Get a Little Glam